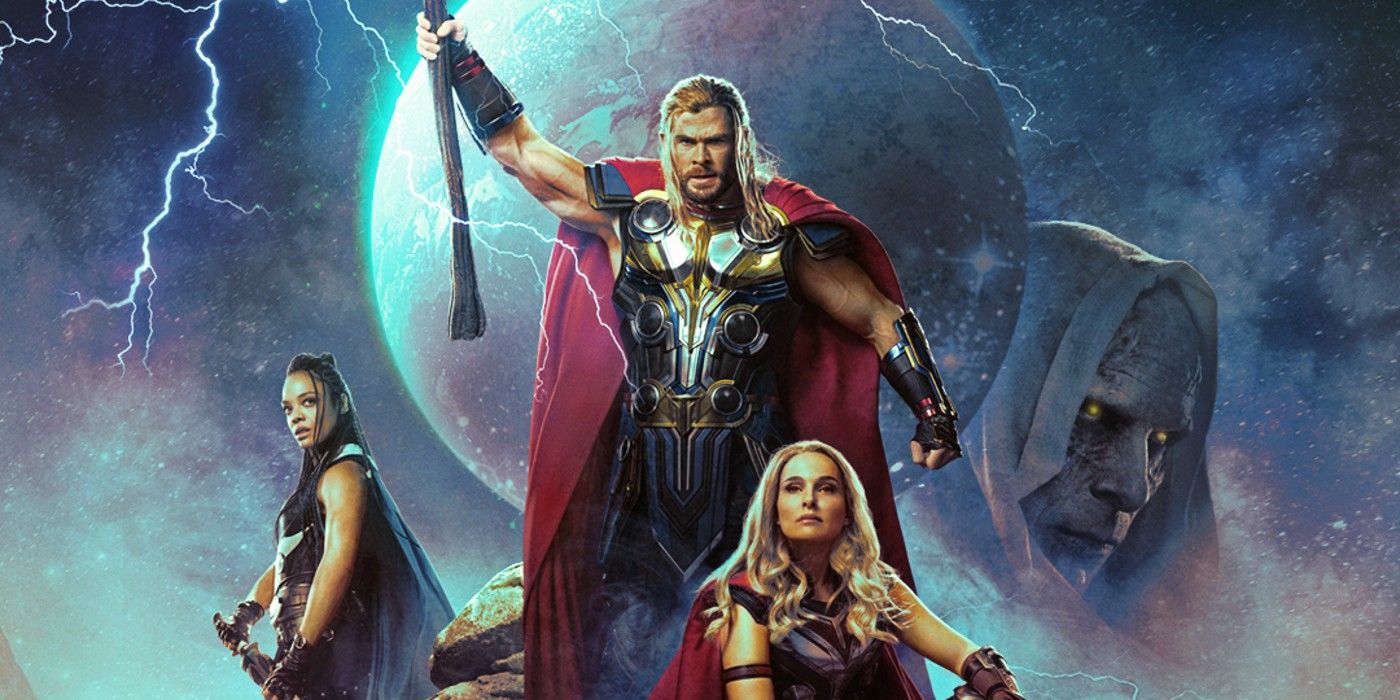 Thor: Love and Thunder features multiple post-credits scenes, according to those who attended recent press screenings of the upcoming MCU blockbuster.

As reported by The Direct, several critics’ pre-release reactions to the film noted that it boasts both a mid-credits and post-credits scene. Variety’s Clayton Davis described the two tags as “EPIC” while TooFab’s Brian Particelli raved about how the film included a “can’t miss [post-]credits reveal.” Collider’s Steven Weintraub also weighed in, saying that he “really enjoyed” both scenes.

Related: Thor: Love And Thunder First Reactions Hail It As Emotional Yet Bombastic

Aside from the post-credits scenes, at least one reviewer highlighted Christian Bale’s performance as Thor: Love and Thunder‘s villain Gorr the God Butcher. The Oscar-winning actor recently opened up about how he and director Taika Waititi initially considered having Gorr perform a dance routine set to the music of Kate Bush, an idea they ultimately abandoned. “Taika and I wanted to do a whole dance, which we didn’t get to do, but we had all this sort of Kate Bush stuff that we worked at,” Bale said. “But I think he just [realized] he was never going to be allowed to put that in the final film.

Several critics also applauded Tessa Thompson’s portrayal of Valkyrie, noting the actor’s strong chemistry with her co-star Natalie Portman, who plays Jane Foster/The Mighty Thor. Thompson recently addressed some fans’ confusion over why her character is known as the “king” of Asgard in the film, instead of using a different royal title. “I know there’s been some confusion on the internet in terms of the gendering with her being king,” she said. “The truth is, that’s the job that Thor was going to do, and then he just gave her the job, and we just didn’t bother to change the title, because the title is ‘king’, and she’s like, ‘Well, I can be king.'”

Another recurring theme throughout the pre-release reactions was the sense of humor Waititi has injected into proceedings, with multiple reviewers hailing the movie’s “big laughs.” Waititi’s comedy chops have also been on full display during his various interviews for the Thor: Love and Thunder promotional campaign. Most recently, the Kiwi filmmaker joked that a future Marvel Cinematic Universe project needed to depict Loki star Tom Hiddleston giving birth to an eight-legged horse, in keeping with real-life Norse mythology.

What to know on Congress’ bid to bar rail strike – Twin…