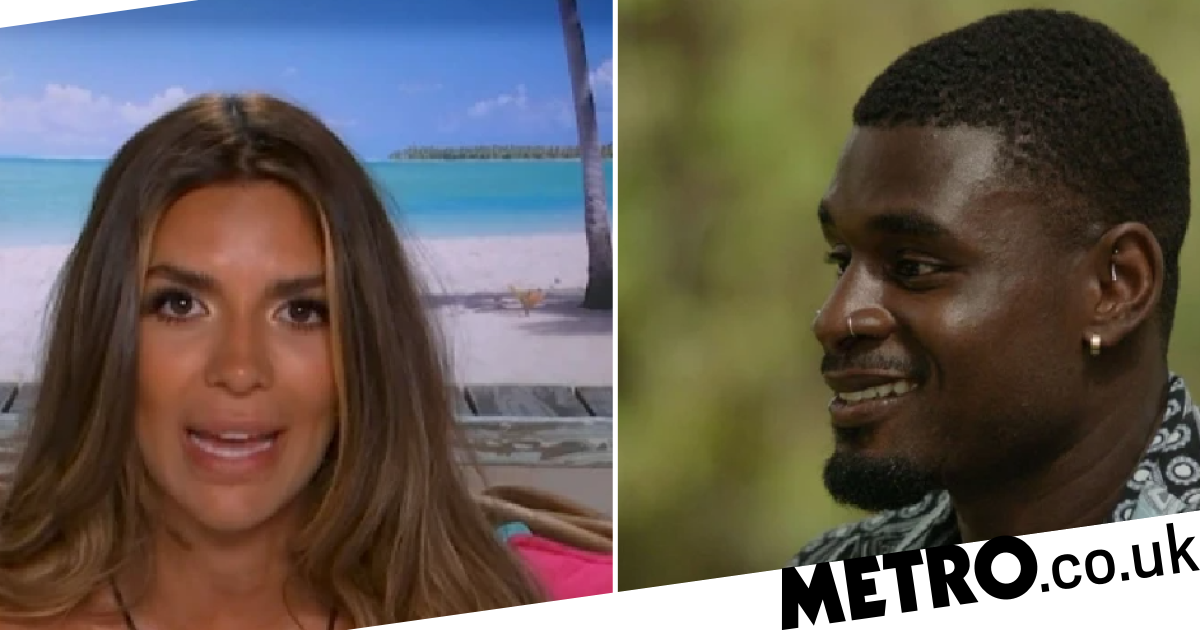 Love Island Unseen Bits shows all the behind-the-scenes drama, wacky chats, and what happens when the islanders get bored in the villa.

So bored, in fact, that they become trees. Literally.

An unseen clip from earlier this week showed Ekin-Su Cülcüloğlu teaching her co-stars to act like trees, and some, like Dami Hope took it a bit too seriously, leaving viewers in hysterics.

The Turkish soap star was giving out a masterclass, in which she tasked the islanders with becoming the ‘most believable tree’.

‘The whole point of this exercise is obviously connecting to your inner soul, to the nature, and really believing that you’re a tree,’ she explained.

Gemma Owen voiced what we were all thinking, as she was clearly baffled, saying: ‘What?! This is just weird.’

Dami took the exercise to a whole new level with his pose, as he was instructed by Ekin-Su to ‘feel the branches’.

When Ekin-Su questioned him about whether he felt ‘connected’ to the tree, he said: ‘I felt free, I felt like I was flying and there was wind blowing through my leaves, and rustling, and stuff like that.

‘It felt like imminent bliss inside,’ he added, agreeing with Ekin-Su that he felt ‘connected’ to the ‘tree that [he] was.’

Meanwhile Gemma was as baffled as ever, quoting: ‘Did you feel connected to the tree?’ before adding: ‘No… like what?!’

Viewers were left in hysterics at the scene, with one writing: ‘Dami is hilarious, he fully believed he was a tree blowing in the wind.’

Another penned: ‘These grown adults are being trees rn I can’t,’ while a third wrote: ‘Dami’s tree was glorious’.