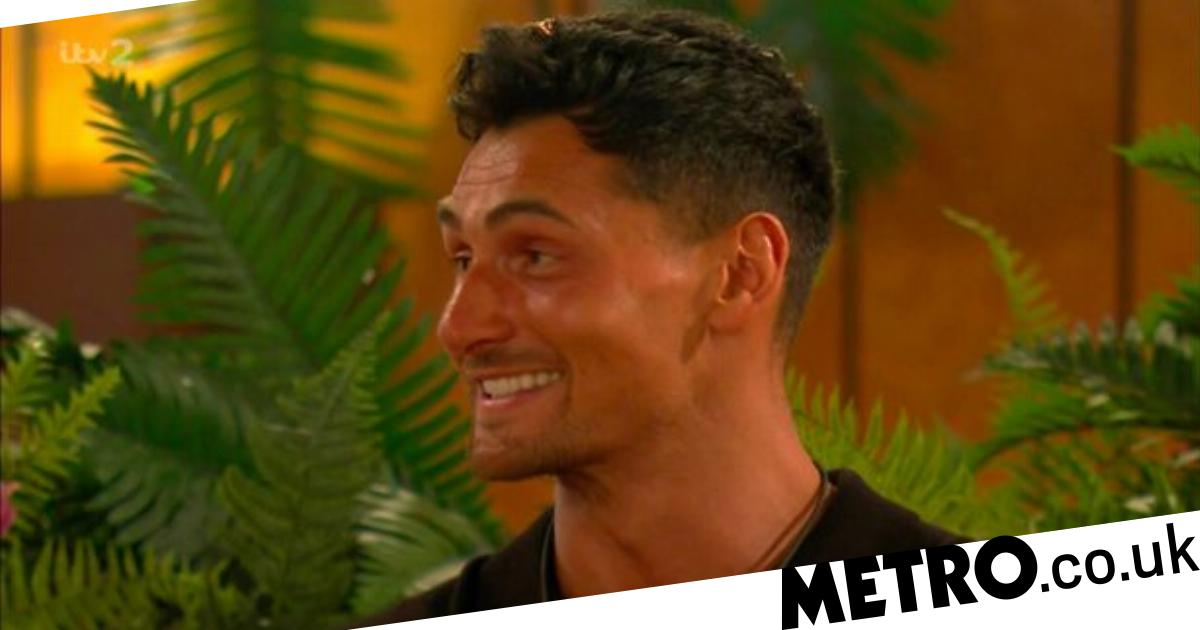 Love Island star Jay Younger has been defended by his brother after two women claiming to be his ex-girlfriends criticised his behaviour.

Investment banker Jay, 28, has already been causing a stir on the Isle of Majorca, having expressed his interests in Tasha Ghouri, 23 and Ekin-Su Cülcüloğlu.

He took things with Ekin-Su, 27, to the next level last night, with a preview from tonight’s episode showing her crawl across the villa to get a sneaky kiss off the Scotsman.

However, amid his blossoming new romance, two women have publicly criticised his past behaviour.

One claimed that he left her for the show, and was going to put the potential prize money towards ‘buying a house.’

The girl called Ems recalls Jay telling her: ‘This is for the opportunity only, I’m not going in to find love — I’ve found love with you.’

However, she said: ‘But I just picked up all my stuff and left. He sold me a dream and I was left devastated. Then a few days later on the phone he told me, “When I’m on Love Island, I’ll rub my ear when I’m thinking of you, like a secret symbol”.

Meanwhile, another alleged ex, Mal, said of their relationship to The Sun: ‘It was traumatising. I don’t want to experience anything like that again. It was brutal. Jay falls quite fast and is 100% very jealous.’

However, his brother has now quashed the comments and labelled them as nonsense.

‘It is very hurtful to see others mischaracterise Jay and label him with unkind remarks that he has no ability to respond to right now.

‘We’re looking forward to Jay showing viewers the kind, funny and intelligent guy his friends and family know and love,’ he said in a statement to Metro.co.uk.

The two exes reportedly found each other on social media after Mal posted a TikTok clip which showed her reaction to Jay walking into the villa.

In tonight’s episode, Jay is sure to continue his flirtations with Ekin-Su as he remains determined to crack on with the Turkish actor.

She is currently in a couple with Davide Sanclimenti, but with cracks starting to appear in the partnership, could she decide to move her focus to Jay instead?