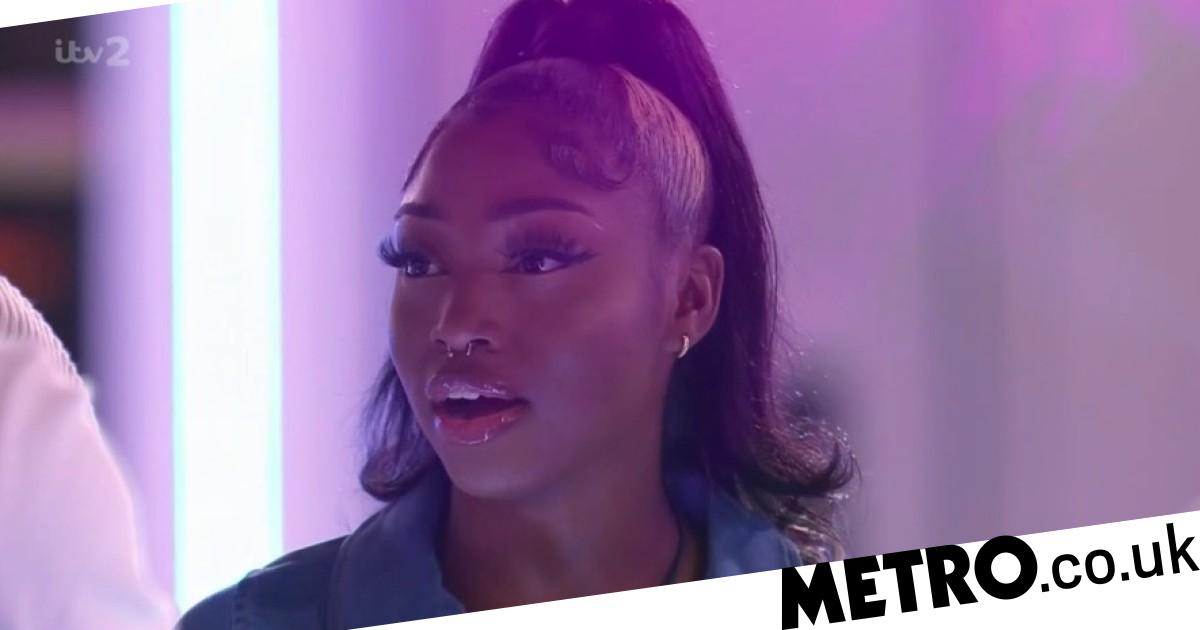 Emotions were running high from the get-go on tonight’s Love Island, as the islanders were forced to cope with a savage double elimination right at the very start.

After an eventful few days – which saw Ekin-Su Cülcüloğlu ditch Davide Sanclimenti for Jay Younger and clash with Amber Beckford over ‘game-playing’ – the drama continued when Ikenna Ekwonna and Amber were forced to pack their bags after landing bottom of the public vote.

Despite many of the couples in the villa seeming solid, everyone knows that all can change in the blink of an eye when basking in the sunshine with love on the brain.

Following their secret rendezvous on the terrace, cracks could be developing in Ekin-Su’s relationship with Jay – although the soap actress might be none-the-wiser that her relationship with the investment analyst is not as solid as it seems on the surface.

Meanwhile, Amber and Ikenna’s departures have cleared the path for a romance to be pursued between Dami Hope and Indiyah Pollack – and fans couldn’t be happier that ‘Damiyah’ is on the horizon.

Romance brews and a relationship cracks after double elimination

Plenty of tears were shed when Ikenna and Amber bid their farewells to the villa, leaving Dami and Indiyah single.

However, while Indiyah broke down in tears over Ikenna going home, she and Dami are building a strong bond – and the rest of the islanders, as well as viewers at home, are all here for it.

While Ekin-Su admitted that she would have left the villa if Jay had been sent home, he couldn’t say the same, insisting he would have encouraged Ekin-Su to stay if the roles had been reversed.

He later appeared to reveal his ulterior motive, admitting his attraction to Paige Thorne while chatting to Gemma Owen… so it looks like Ekin-Su could be in for another rocky patch ahead.

For tonight’s saucy game of truth or dare, the islanders were tasked with bursting bubbles between each other in X-rated positions, revealing a truth or dare inside.

The game was full of jaw-dropping moments – some heartwarming, others utterly brutal – as the contestants were forced to make some very candid revelations.

One of the biggest moments came when Dami and Indiyah shared their first kiss… and the passion between them was overflowing, much to everyone else’s excitement.

Jay took Ekin-Su by surprise when he snogged Paige during a dare, while Luca Bish didn’t look to happy when Gemma locked lips with her former partner Davide.

Paige and Jacques head to the Hideaway

After Tasha and Andrew Le Page previously christened the Hideaway, tonight it was Paige and Jacques’ turn to enjoy some alone time in the romantic, secluded setting.

Has Danica set her sights on Davide?

When she originally entered the villa, Danica made it clear that Luca and Jacques were her usual type, in comparison to her previous partners.

However, with Jacques smitten with Paige and Luca as loved up as can be with Gemma – so much so that he slept in the Doghouse rather than share a bed with Danica – the bombshell had to look elsewhere for a possible match.

Davide is currently loving life in the villa, topping up his tan and going to the gym while having a leisurely time on the show… but could Danica pique his interest?

A new bombshell arrives to ruffle some feathers

At the end of tonight’s episode, a teaser preview for tomorrow’s show revealed that a new bombshell will be waiting in the villa to surprise the boys and girls.

The boys walk out to the villa’s garden to find her lounging on a sun lounger, as the girls watch on from above on the terrace.

The new bombshell is 26-year-old singer-songwriter Antigoni Buxton, who comes from London and has been single for around a year and a half.

What ripple effect will Antigoni’s arrival have on the rest of the villa? We can’t wait to find out.


MORE : Love Island viewers rage after three Black contestants are dumped from villa in one week: ‘I want a revote!’

Hong Kong’s floating restaurant which has served the Queen capsizes