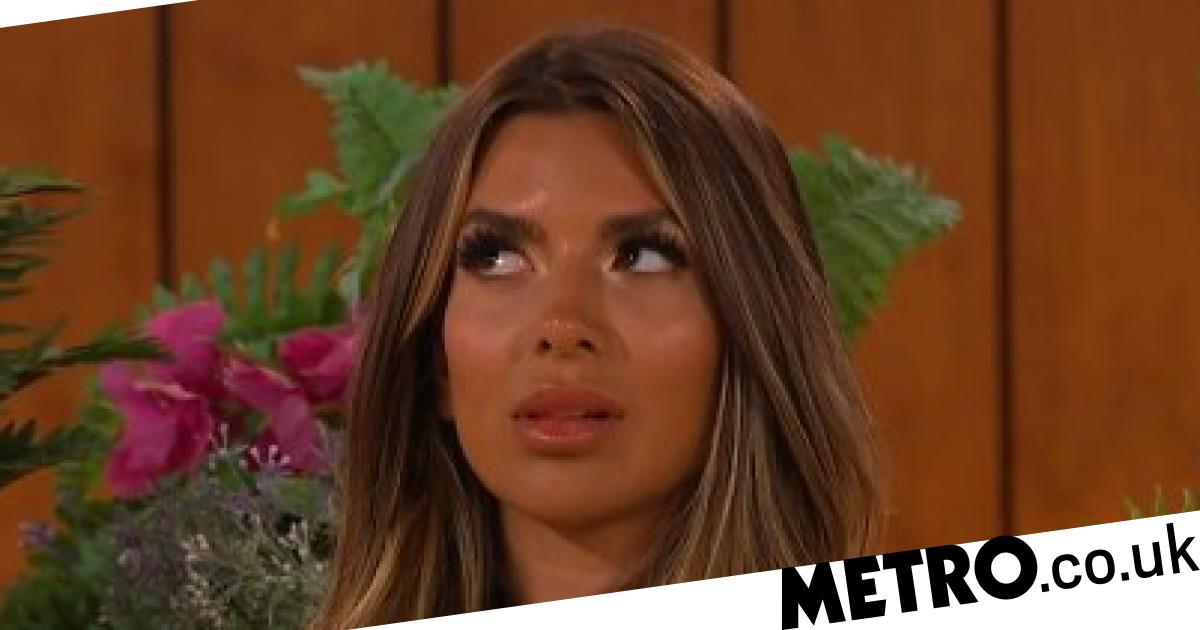 Love Island star Ekin-Su Cülcüloğlu found herself in a tense confrontation with fellow islanders Amber Beckford and Gemma Owen who accused her of playing a game.

Tension between Ekin-Su and Amber has simmered in recent episodes but finally boiled over on Monday night, when the actress finally asked her frenemy ‘what her issue was’ with her.

It all kicked off when Ekin-Su’s love interest Jay Younger said he thought Amber, Gemma and Paige Thorne didn’t like her.

She then stormed over to Amber to air out their differences, stating: ‘ Jay’s said a comment that’s p****d me off.’

Amber then explained: ‘I will say though, upstairs you’ve been really genuine and we’ve seen a vulnerable side to you.

‘But over the last few days… I’ve thought, “is she playing a game?”

When Amber insisted she didn’t have an issue with her, Ekin-Su shot back: ‘You’re trying to create s**t with me to piss me the f**k off. You’re really pissing me off…

Some of the other girls in the villa came to join the conversation, with Gemma interjecting: ‘It’s unfair to blame it completely on Amber… we think you’re calculated and you know what you’re doing.’

She then said to Amber: ‘Don’t roll your eyes, seriously what is the problem?

‘I haven’t done anything wrong, I don’t need to explain myself to them.’

Speaking in the Beach Hut, Amber said: ‘I definitely feel like I took one for the team there.

‘I was just being honest with her.’