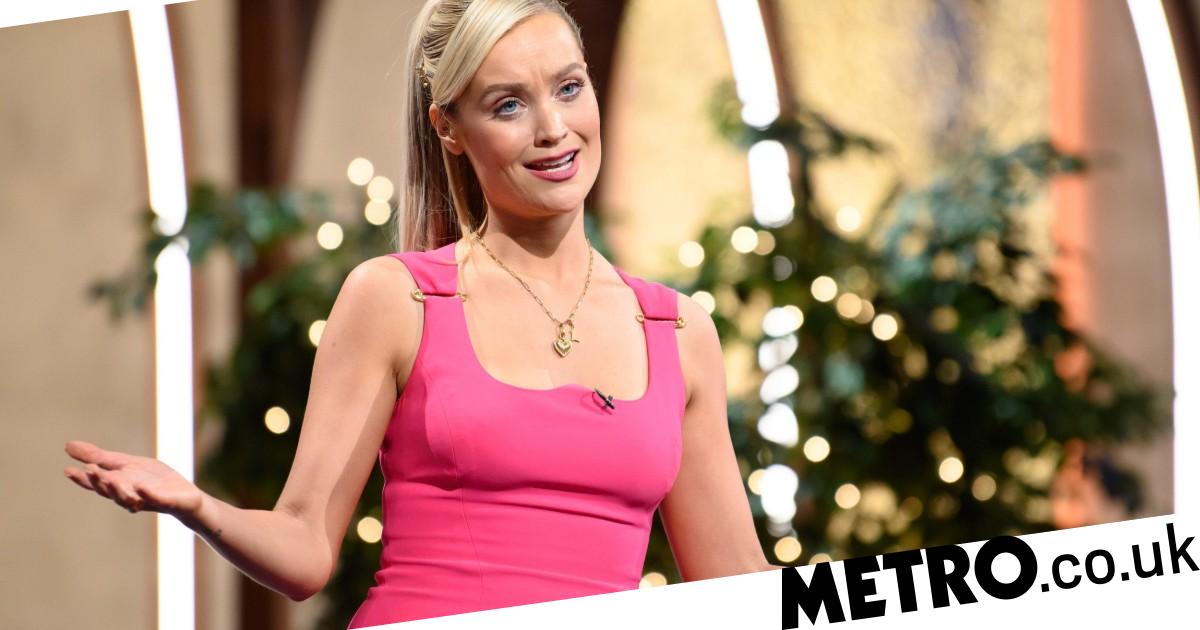 In a statement, ITV told Metro.co.uk: ‘Laura is the presenter of the show, and part of that role is to pose questions to the panel and discuss events in the villa.

‘We do not condone trolling against either our host or our Islanders and any subsequent elevation of these comments.’

Reflecting on her time as presenter, Laura branded the eight-week stint as ‘exhausting and tough.’

‘It’s still something I’m working through myself privately,’ she said during the Distraction Pieces Podcast with Scroobius Pip.

‘I had to also think about it for my own mental health side, because I love the show, but it comes with a lot of s**t.’

‘The host only comes on three or four times, it’s always been the way, but it gets the most attention. It’s a bit exhausting and it’s tough,’ she added.

Remembering the adored late star, she said: ‘I saw when Caroline worked on the show what she got every year and I never knew how she handled it. I always thought, “Jesus, she’s so strong.”

‘And people aren’t as strong as you think they are.’

Heidi Dawson, controller of BBC Radio 5 Live, said: ‘Laura has made the difficult ­decision to leave after a brilliant four years.

‘We’d like to thank her for the energy, insight and humour she has brought to this programme and look forward to ­working with her again in the near future.’

Laura recently landed her first West End role as in the stage thriller 2:22 – A Ghost Story alongside the likes of Matt Willis, Felix Scott and Tamsin Carroll.

Love Island is available to stream on ITV Hub.


MORE : Love Island winner Davide Sanclimenti shares heartfelt post after being told he would ‘never make it to university’