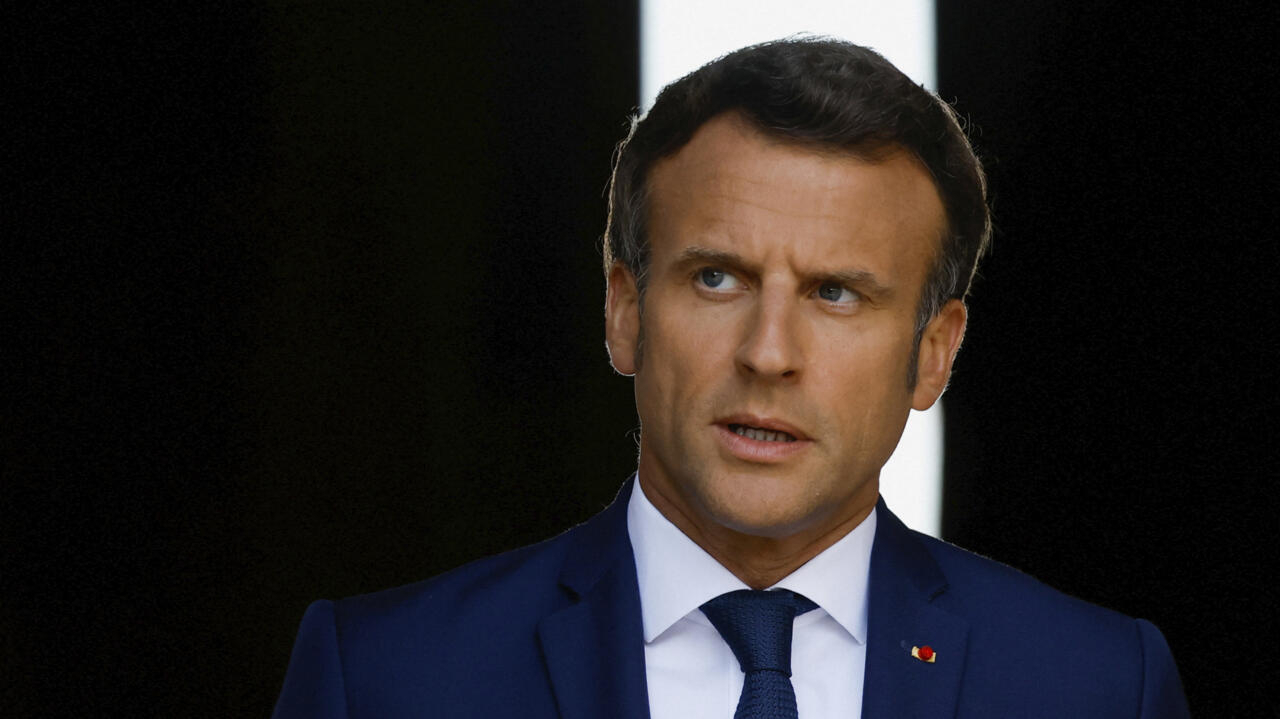 French President Emmanuel Macron has sparked a new wave of criticism and incomprehension over his calls to avoid humiliating Russia in Ukraine, showing up splits in the Western alliance.

French President Emmanuel Macron has sparked a new wave of criticism and incomprehension over his calls to avoid humiliating Russia in Ukraine, showing up splits in the Western alliance.

Speaking to French media last Friday, Macron reiterated his belief that Russian leader Vladimir Putin must be given an exit from what he called his “historic and fundamental mistake” of invading Ukraine.

“We must not humiliate Russia so that the day when the fighting stops we can build an exit ramp through diplomatic means,” the French head of state said, reprising an argument he made in early May.

But the statement immediately prompted new tensions with Kyiv where President Volodymyr Zelensky is known to be sceptical about Macron’s insistence on trying to talk Putin into ending the war.

Despite publicly backing Ukraine and authorising weapons deliveries to the besieged country, Macron has made dozens of calls to Putin since the turn of the year.

“I am convinced that it is France’s role to be a mediating power,” Macron added in the interview to regional media.

“Calls to avoid humiliation of Russia can only humiliate France and every other country that would call for it,” Ukraine’s Foreign Minister Dmytro Kuleba replied on social media on Saturday.

He urged Russia to be “put in its place” in order to “bring peace and save lives”.

Macron’s remarks underline a difference in approach to the conflict between France on one hand and Ukraine, eastern European nations, and the United States and Britain on the other.

Ukraine and its closest allies in the fight against Russia’s aggression see the war as a battle for the survival of Ukrainian statehood and democracy that will only be settled by Russian defeat.

Suspected Russian war crimes, from the murder of civilians to the targeting of housing and other non-military infrastructure, leave no desire for a face-saving compromise with Putin.

Some fear France and Germany are keen for Ukraine to cede territory to end the fighting – although no public statements from Paris or Berlin support this argument.

“The French president is still looking for ways to save war criminal Putin from humiliation,” the head of the foreign affairs commission in the Estonian parliament, Marko Mihkelson, wrote on Facebook.

“What would Macron say to this girl in Ukraine?” he asked next to a photo of a girl with an amputated leg. “And to the thousands of others whose lives have been destroyed forever as victims of the evil empire.”

The remark sparked incomprehension in the United States and Britain whose governments have set objectives of weakening Putin and expelling Russia from Ukraine.

“Putin will only negotiate when his army can’t keep marching forward, humiliated or not. Macron should focus on creating that condition,” former US ambassador to Moscow, Michael McFaul, wrote on Sunday.

John Chipman, the head of the International Institute for Strategic Studies, a London-based think-tank, said that “saving face” was “a weak diplomatic aim. Putin can take personal responsibility for his face.”

“Humiliation: a mild punishment for war crimes,” he wrote on Twitter.

The end of French exceptionalism.

Once you claim your main role to be a mediator between right and wrong, days of grandeur are over.

‘Saving face’ is a weak diplomatic aim; Putin can take personal responsibility for his face.

Macron is keen for France to retain its historically close diplomatic relations with Russia and has repeatedly warned about the risk of a wider conflict involving the West.

A keen student of history, he is also wary of the desire among some allies to punish Moscow for its aggression, citing the Versailles treaty imposed on a defeated Germany at the end of World War I in 1919.

Its punitive conditions have been blamed by some historians for the rise of the Nazi party in the 1930s and the outbreak of hostilities again in Europe in 1939.

Speaking at the European parliament in Strasbourg on May 9, Macron warned for the first time about wanting to humiliate Russia.

“Tomorrow we’ll have a peace to build, let’s never forget that,” he told reporters. “We will have to do this with Ukraine and Russia around the table.

“The terms of the discussion and negotiation will be set by Ukraine and Russia, but that will not be done through… the exclusion of one another, nor even in their humiliation.”

Macron is under increasing pressure to visit Ukraine for the first time since the outbreak of war on February 24.

While other Western leaders have made the trip to symbolically show support for Zelensky and his country, Macron has declined, saying that he will only travel when it is “useful.”

Xbox Games With Gold for December Show That the Offering Is…