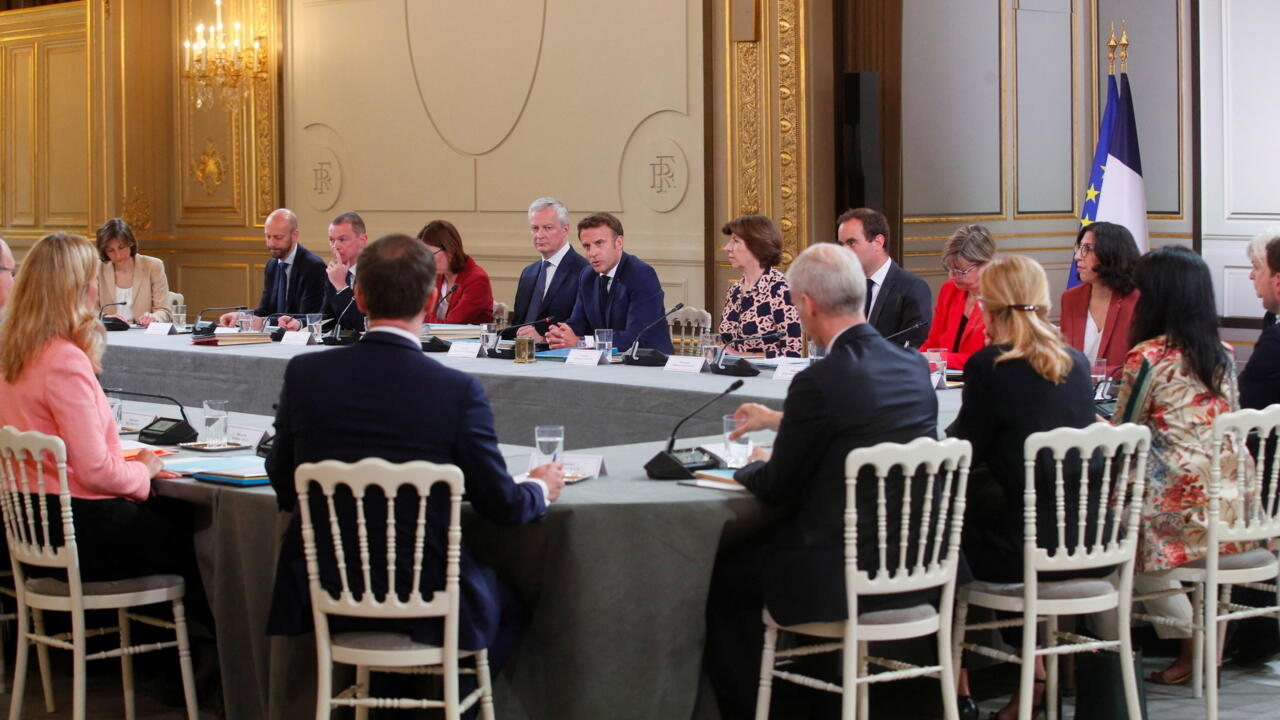 France’s new government will speed up work on a bill to help families with the soaring cost of living, its spokeswoman said on Monday – as the relaunch of Emmanuel Macron’s presidency risked being overshadowed by rape allegations against one of his ministers.

Weeks before a parliamentary ballot which the newly re-elected Macron needs to win to be able to press ahead with his planned pro-business reforms, he is trying to show he is taking concerns about the cost of living and food inflation seriously.

The government will agree the draft bill aimed at boosting purchasing power in the coming weeks, before the June 12 and 19 legislative elections, so that it can be voted on by parliament as soon as it reconvenes, its new spokeswoman Olivia Gregoire told a news conference after the government’s first meeting.

“This text will concretely help all French people to reduce their constrained expenses,” Gregoire said, mentioning gas, electricity and transport and stressing the issue was an “emergency” for the government and a top priority for voters.

But all eyes – and most of the questions at the news conference – were on whether Damien Abad, newly appointed minister for Solidarity and the Disabled, would remain in the cabinet after rape allegations emerged against him.

Abad on Sunday denied he had raped two women, following accusations published by the Mediapart website.

Gregoire noted that the complaints filed against Abad had been closed by the prosecutor’s office with no further action.

“As far as I know there is no ongoing procedure against Damien Abad,” Gregoire said.

She added that if more women had allegations against the new minister they should come forward and that it was up to judicial authorities to rule on such allegations.

The women quoted by Mediapart said Abad had forced them to have unwanted sexual relations with him in incidents in late 2010 and early 2011.

One of the women filed a complaint to the police against Abad in 2017 which was closed without further action, Abad and Mediapart said.

Abad said his disability, a disorder called arthrogryposis that affects all four of his limbs, made it physically impossible for him to commit the acts he was accused of.

Abad, who was previously the leader of the opposition conservative party in the lower house, was Macron’s biggest catch in centre-right ranks.

Opposition politicians from the left urged Macron to sack Abad.

“We need to send a strong signal to women that their word counts,” Green politician Sandrine Rousseau told RTL radio. In televised comments to his new ministers at the start of the cabinet meeting, Macron did not mention the controversy.

“This government’s mandate is to be at the service of our compatriots,” he said, stressing that the cabinet was bringing together ministers of different backgrounds and political stripes.