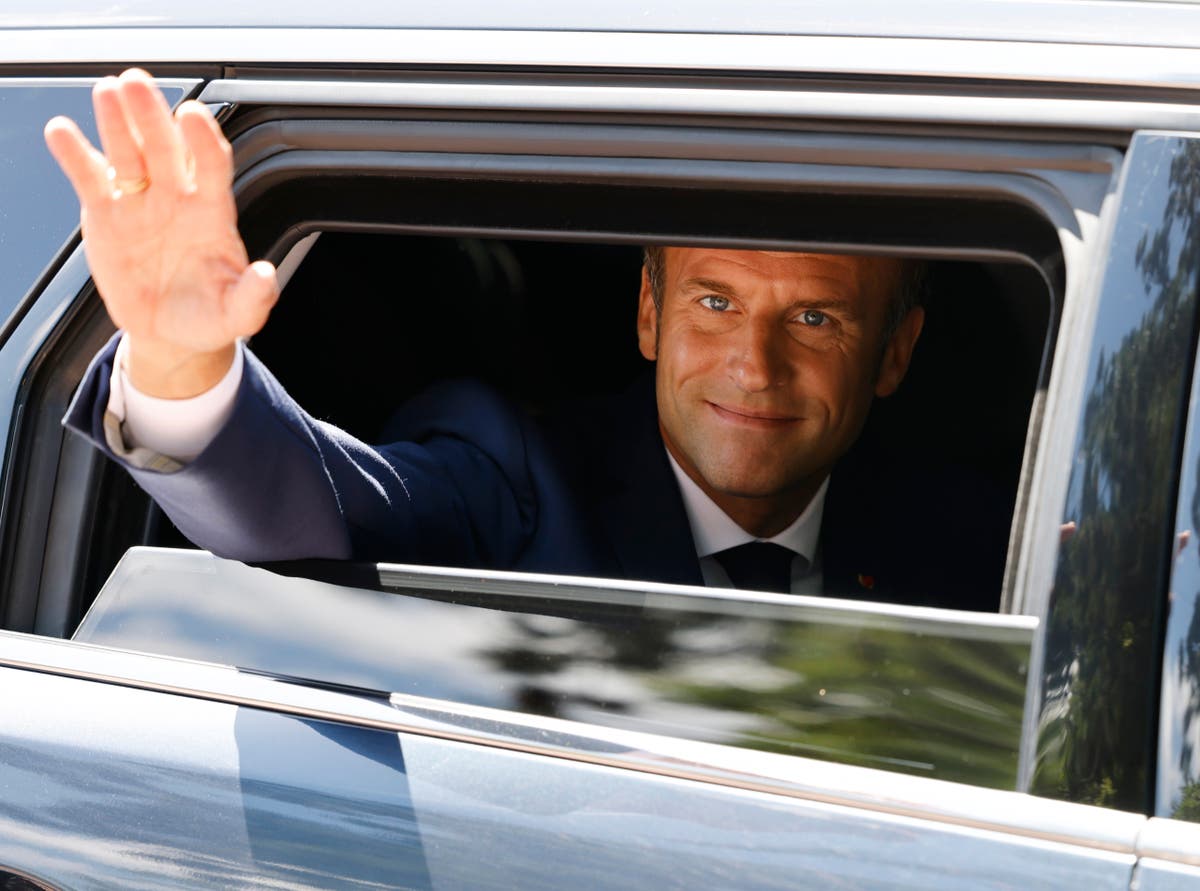 A coalition of left-wing political parties matched the performance of Emmanuel Macron’s party in the first round of parliamentary elections on Sunday, threatening the president’s ability to form a legislative majority.

Mr Macron’s Ensemble list finished with virtually the same number of votes as the New Popular Ecological and Social Union, a coalition of leftist, centre-left and environmental groupings led by Jean-Luc Melenchon.

The results mean Mr Macron will likely struggle to forge a parliamentary majority of 289 in next week’s second round of voting.

“The presidential party, after the first round, is defeated and undone,” Mr Melenchon triumphantly declared. “In democracy, you have to convince,” he said. “We have convinced many.”

Marine Le Pen’s National Gathering drew nearly 19 per cent of the vote in turnout that was slightly below 40 per cent of registered voters, the best ever first-round showing by the far right in national legislative elections.

Earlier this year, Mr Macron became the first French president to secure a second presidential term since the late Jacques Chirac, but his ability to push through his agenda will be imperilled if he fails to secure another parliamentary majority.

Ensemble’s 26 per cent first-round showing matched that of the left, and was down on the 33 per cent Mr Macron’s loyalists received in the first round in 2017.

Mr Melenchon’s supporters aim to corner Mr Macron into naming the left-winger as prime minister, a prospect that analysts have said is slim but has helped galvanise voters.

“Melenchon is clearly not going to be prime minister, as [the left] will have nowhere near a majority of seats,” said Arun Kapil, who teaches politics and history at the Catholic University of Paris. “As to whether he thought this was at all possible – which it was not – who knows? But great gimmick.”

Only five candidates running for 577 seats in the national assembly managed to win outright majorities in the elections, for which turnout was more than 25 per cent.

French voters will head to the polls again on 19 June for the decisive second round, where they will choose between the top two vote-winners of the first round. Even Ms Le Pen, having won 55 per cent of the vote in her constituency in northwest France, will face off against a challenger in the second round because of low turnout.

“It is important not to give Emmanuel Macron an absolute majority, which he will abuse,” she said after the vote. If voters do not show up, she said, “we will enter a tunnel of five years, five years without light.”

If the first round was an indicator of momentum and mobilisation, Mr Macron’s opponents appear to have the upper hand.

As the results came in, commentators cast doubt on Mr Macron’s ability to forge a majority without reaching out to another party – most likely the traditional centre-right, which drew around 10 per cent of first-round voters, or the left and ecologists, which together drew some 33 per cent of the vote.

“The absolute majority seems to be moving away for Ensemble,” Le Monde noted.

Four of the five candidates who clinched first-round victories were members of Mr Melenchon’s camp who ran for seats in Paris and its suburbs, underscoring gains that the French left has made in reaching out to poorer and ethnic minority communities that feel they have been neglected for decades by the French political establishment.

“Moved and proud to be elected in the first round,” Paris lawmaker Daniele Obono, a self-described “afro-feminist” and “eco-socialist”, wrote on Twitter after winning in the first ​round with 57 per cent of the vote. ​

Though described as a talented political player, Mr Melenchon is also considered a divisive and even toxic figure by many in France, even on the left.

His reflexive anti-Americanism, opposition to Nato and the European Union, and support for dictators in developing countries who espouse anti-Western rhetoric, have alarmed diplomats in Western capitals.

Voters from the centre, centre-left and centre-right could now come together to deny him kingmaker status, just as they have repeatedly allied in the second round to deny Ms Le Pen or her father, Jean-Marie, the presidency over the last 20 years.

BTS Surprises ARMY with Anderson Paak as Special Guest on 9th Anniversary Live Performance of Born Singer, Yet to Come

Kanye West is not buying social media platform Parler after all