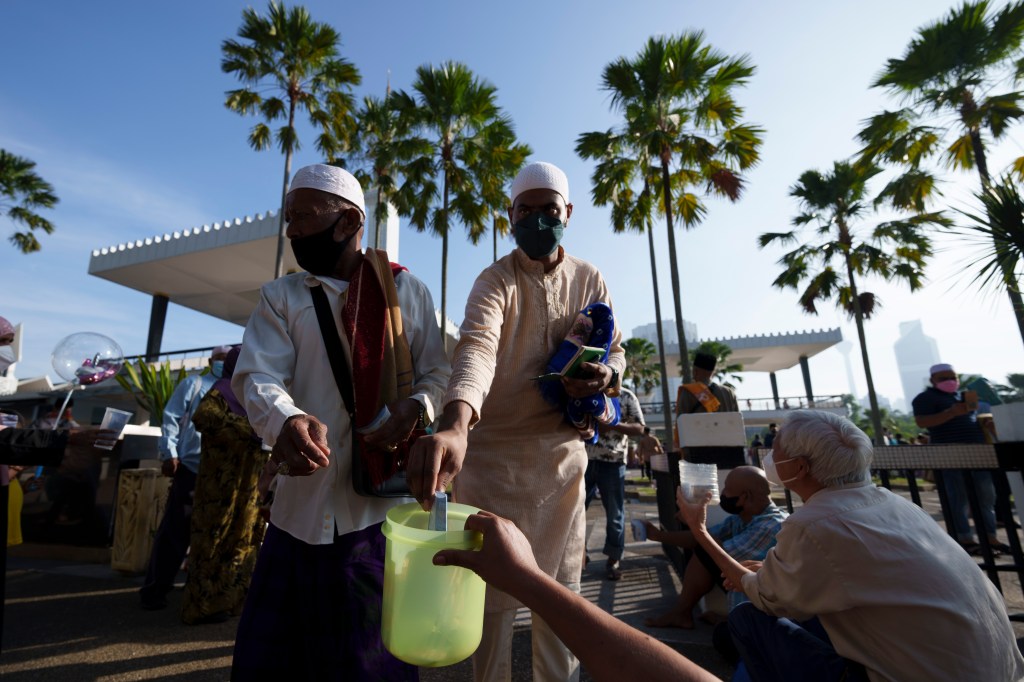 BANGKOK — The foreign minister of Myanmar’s shadow government, which opposes the military council that runs the strife-torn Southeast Asian nation, on Sunday described as “productive” a meeting she had with Malaysian Foreign Minister Saifuddin Abdullah.

The Saturday meeting in Washington was the first publicly acknowledged occasion when a ministerial-level official from one of the 10 member states of the Association of Southeast Asian Nations has had face-to-face talks with a counterpart in Myanmar’s opposition National Unity Government.

NUG Foreign Minister Zin Mar Aung said on Twitter her “productive meeting” with Saifuddin discussed “the dire situation in Myanmar, and how the NUG and Malaysia can work together to restore peace and democracy in Myanmar, including humanitarian assistance and support for the Myanmar refugees.”

Their meeting, described as “informal,” took place Saturday against the backdrop of the ASEAN-US Summit on Thursday and Friday. ASEAN foreign ministers had held their own meeting ahead of the summit.

Myanmar is a member of ASEAN, but has not been willing to implement the regional grouping’s plan to try to restore peace in the country where the army seized power in February last year, ousting the elected government of Aung San Suu Kyi. Opposition to army rule is widespread, and some U.N. experts have characterized the country as now being in a state of civil war.

The military’s failure to go along with the plan, which was proposed last year, led fellow ASEAN members to block Myanmar’s leaders last October from attending major meetings of the regional grouping. The military government spurned invitations to have a non-political official attend instead.

Saturday’s meeting is a minor breakthrough for the NUG, which has sought without success international diplomatic recognition. It was established by elected lawmakers who were denied their seats by the army takeover, considers itself the country’s legitimate government and has widespread public support. The country’s military leaders, however, have officially designated it an outlawed terrorist organization and refuse to engage with it.

Saifuddin tweeted Saturday that he met with Zin Mar Aung “to express Malaysia’s support and solidarity with the people of Myanmar and stands ready to work towards restoring peace and democracy in Myanmar.

They discussed challenges including “humanitarian assistance, technical training and education for the Myanmar refugees,” he added.

The U.S. maintains diplomatic relations with Myanmar but has diplomatic and economic sanctions against its military leaders. The head of the military government, Senior Gen. Min Aung Hlaing, was not invited to the Washington summit.

Zin Mar Aung met last week with U.S. Deputy Secretary of State Wendy Sherman. State Department Spokesperson Ned Price said Sherman “underscored robust U.S. support for the people of Burma in the face of the regime’s brutal crackdown and pledged to continue providing support to all those working peacefully toward the restoration of Burma’s path to inclusive democracy.”

The United States officials refer to Myanmar by its old name of Burma, which was changed by a previous military government.