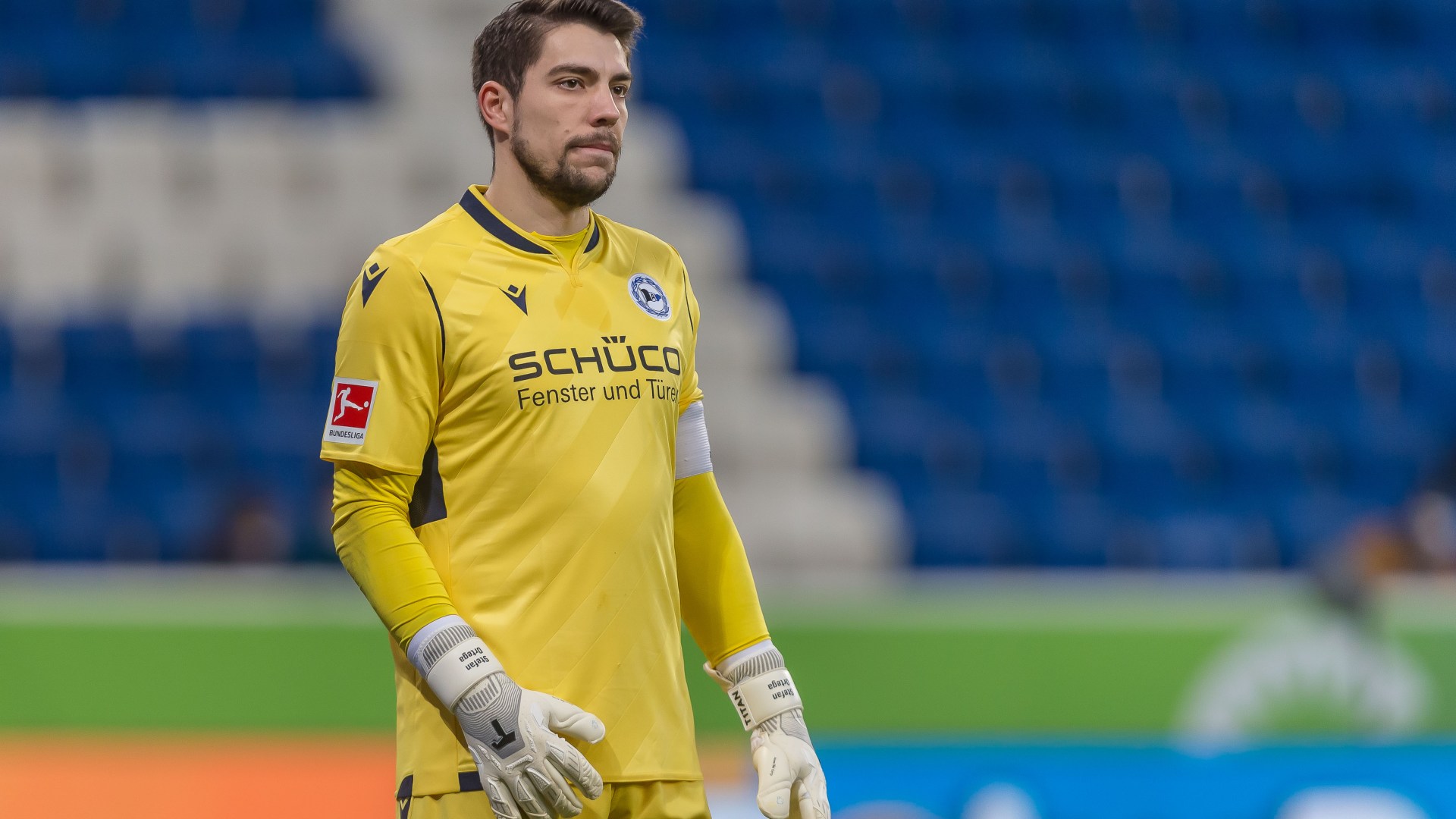 USA No1 Zack Steffen is being squeezed out at Manchester City – just five months before facing England at the World Cup.

The Premier League champions have lined up a move for German keeper Stefan Ortega – a free agent after leaving Arminia Bielefield – as they decide who will be Ederson’s understudy next season.

City sources have confirmed the 29-year-old is an option they are exploring for their latest title defence.

And should the move go through it would almost certainly leave Steffen hunting for a new club ahead of a key few months in his career.

Despite enjoying his two years at City, the American is keen to play more to ensure he goes to Qatar with his country in November in prime shape.

Gregg Berhalter’s men have been drawn in the same group as the Three Lions and Wales for the tournament – and are hopeful of reaching the knock-out stages.

But he faces strong competition for his jersey from Matt Turner – who is leaving New England Revolution to join Arsenal next month.

Steffen knows he is unlikely to get much game time at the Etihad as he has made just 21 appearances since arriving in summer 2020 – with only two in the Prem.

So City have been looking at options for the former Columbus Crew man – with a one year loan deal the most likely solution.

Steffen is well-regarded by Guardiola and the coaching staff at the Etihad. But he has not played for his club since he had a nightmare in the FA Cup semi-final against Liverpool at Wembley in April.

And the fact they are interested in signing a new senior keeper means he could face a battle just to be the second choice if he stays with the champions.

That will be the last thing he and his national team coach want to see ahead of a huge winter for them.

Ortega previously played for 1860 Munich but has been with Bielefiled since 2017 and was their first choice last season – although he could not prevent them being relegated from the top flight.

He will be a free agent at the end of this month and German giants Bayern Munich have been linked with a move – but a move to City now looks on.

The 29-year-old has not yet played for his country but was put on stand-by for the squad for Euro 2020 last summer.

And he could yet get a look in for Hansi Flick’s World Cup plans if Manuel Neuer, Bernd Leno or Kevin Trapp pick up an injury.

Despite his club going down, Ortega made more saves than any other keeper in the German league last season.

He also has a reputation for being comfortable with the ball at his feet – something which is crucial to Guardiola’s style of play.

He has shown that previously by showing Joe Hart the door and bringing in Claudio Bravo and a year later Ederson.

City’s goalkeeping department has been busy already this summer with Gavin Bazunu joining Southampton for an initial £12 million and youngster James Trafford returning to Bolton on loan.

Former England keeper Scott Carson has committed himself to another 12 month contract but has started just once in three years at the club.