Man is beaten and robbed of cash and £19,000 Rolex after he fell for dating app honeytrap in Brazil 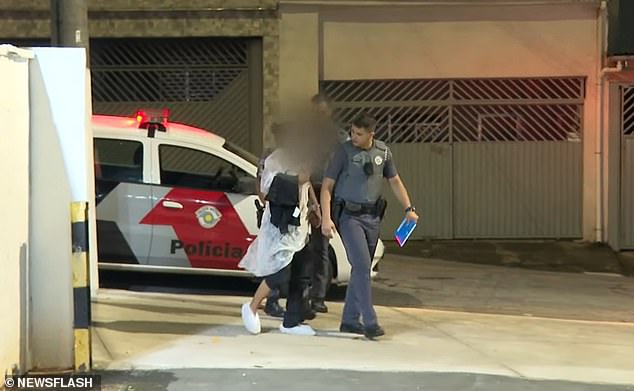 British man is beaten and robbed of his clothes, cash and £19,000 Rolex after he fell for dating app honeytrap in Brazil

By Tom Brown For Mailonline

A British man was beaten and robbed after falling for a dating app honeytrap operated by muggers in Brazil who stole his £19,000 Rolex, police have said.

The 36-year-old London-born victim — not named by Sao Paulo police — was snatched by the gang moments after talking to a woman on the street on November 28.

Four crooks — one of them armed — bundled him into a car and stripped him of his cash, clothes, trainers, Rolex, smartphone, and Louis Vuitton belt.

DO YOU KNOW THE VICTIM? GET IN TOUCH: [email protected]

But when they demanded that he transfer cash via a local instant payment scheme called PIX, he told them he could not because he has no Brazilian bank account, reported local media.

Police officers walk with an English man who had been kidnapped and rescued, in Sao Paulo, Brazil, after he fell for a dating app scheme 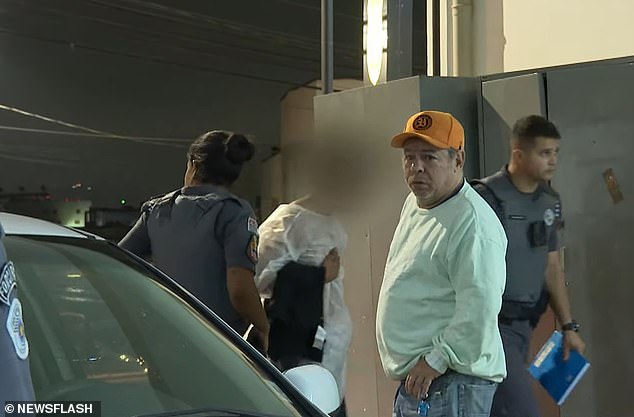 The armed gang bundled him into a car and stripped him of his cash, clothes, trainers, Rolex, smartphone, and Louis Vuitton belt, before demanding he transfer them cash

Furious, the gang beat him senseless and threw him out of the car onto the street, where police later found him and took him to hospital.

Following a tip-off, cops seized a 16-year-old boy, who was later identified by the victim at the police station.

Officers seized £230 in cash and a Samsung mobile phone from him.

The victim told local media that he lives in London but regularly travels to Brazil to visit his one-year-old son, who lives with his mother, from whom he is separated.

According to reports, eight out of 10 kidnappings in Sao Paulo are carried out through bogus dating apps.

Around 70% of visitors said crime in the city had increased within the las three years, according to Numbeo.

Police are still searching for the other suspects involved in the robbery.

Do you know the victim? Get in touch: [email protected] 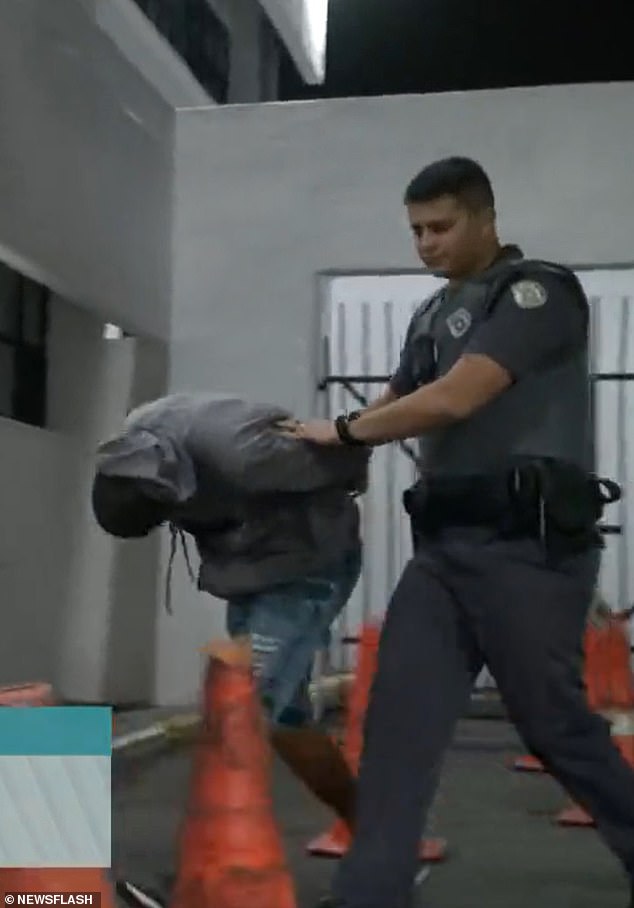 Police officer arrests one of the suspects, an unidentified under-age male, shown covering his face at the station. The gang beat the British man after he said he didn’t have a Brazilian bank account and was unable to transfer any cash via a payments system