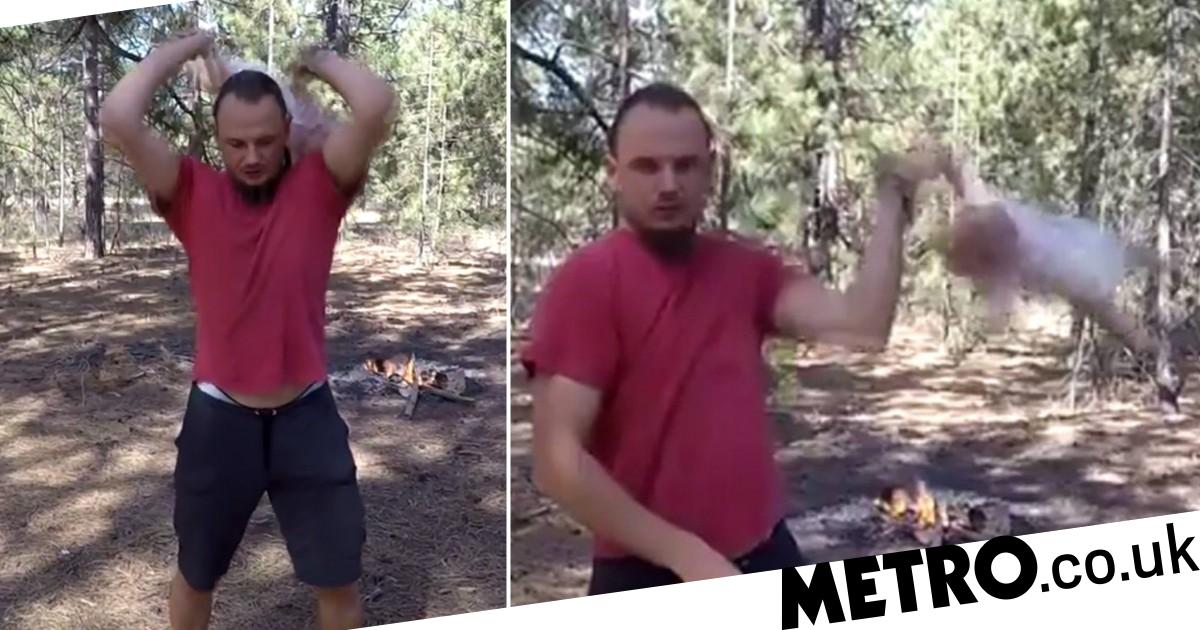 A YouTuber who filmed himself swinging a baby around by its legs has been appointed a ‘puppet governor’ in Ukraine.

Kirill Stremousov is deputy head of the Kherson regional administration, where pro-Putin collaborators have called for the region to be annexed.

‘The city of Kherson is Russia,’ he told reporters yesterday.

In 2017, Stremousov faced backlash after he was filmed spinning his four-year-old daughter around his head by her legs.

Stremousov said he could hear his child’s ‘bones popping’ and claimed the bizarre practice makes her ‘feels good’, reports the Sun.

He told the camera ‘her blood is running faster now’.

During the video, the blogger also explains the toddler has never had any vaccinations or medication.

He adds spinning her round his head was an example of ‘gymnastics from ancient times.’

When the conflict with Ukraine broke out, Stremousov took to his online blog to express his support for the Russian invasion.

He was rewarded for his support when Putin installed him as deputy head of the Kherson administration.

He has called for the city to join Russia, but says doing so through a referendum would not be the case.

Critics suggest this is because Kherson’s administration is aware public support would not lead to a majority in their favour.

Instead, Stremousov says the ‘leadership’ of Kherson will directly ask Putin to annex the region.

Wanted posters for Stremousov, accused of treason, have reportedly appeared across Ukraine, with a £13,500 reward.

Kherson was the first major city taken by Russia following the Febraury 24 invasion.

Around 40% of the city’s population have fled since the takeover, according to Ukrainian officials.

If Putin does annex Kherson, it will be a similar move to 2014, in the nearby Crimean Peninsula.

It broke away from Ukraine following a disputed referendum in 2014, a move denounced as illegal and rejected by most of the international community.

A Black Sea port of roughly 300,000, Kherson provides Crimea with access to fresh water and is seen as a gateway to wider Russian control over southern Ukraine.

Mykhailo Podolyak, an adviser for Ukraine President Volodymyr Zelensky said this week: ‘The invaders may ask to join even Mars or Jupiter.

‘The Ukrainian army will liberate Kherson, no matter what games with words they play.’

WHO panel: Monkeypox not a global emergency 'at this stage'

Ergo: War in Ukraine pushes Aer Lingus to top of the Airbus…

9 Things Even Dragon Ball Fans Get Wrong About Gohan