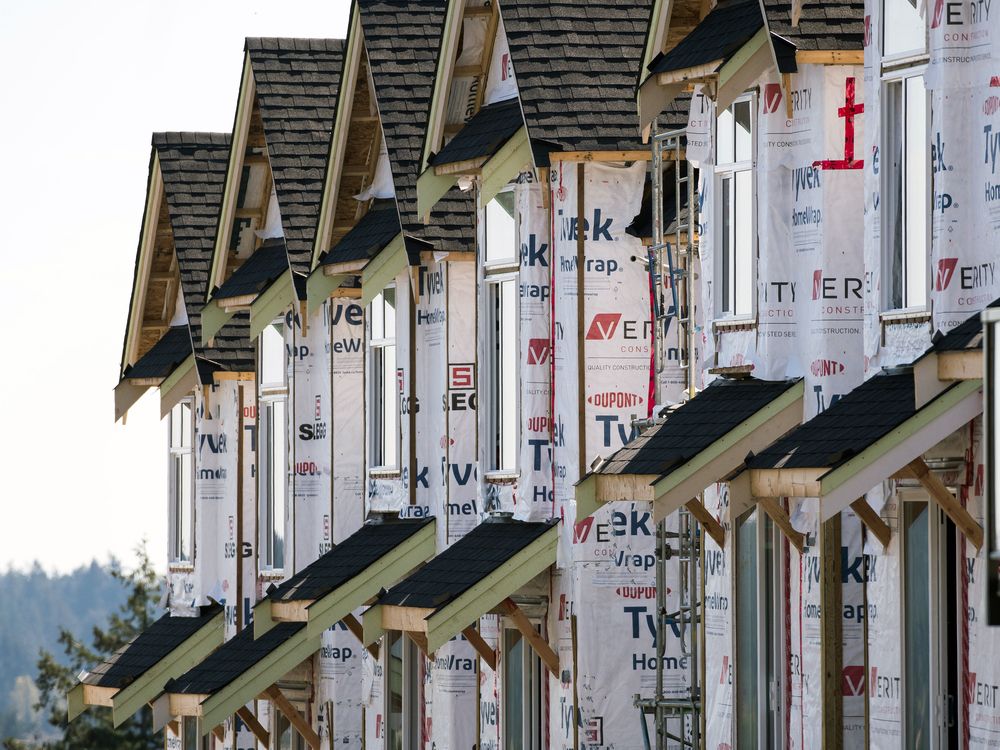 The pace of housing construction dipped in March, with standalone housing starts coming in at 246,243 units, a two per cent decrease from February, according to data released Tuesday by the Canada Mortgage and Housing Corporation.

This follows an overall downtrend in housing starts that saw the six-month, seasonally adjusted moving average reach 252,497 units compared to the February reading of 253,296 units.

“On a trend and monthly (seasonally adjusted annual rate) basis, the level of housing starts activity in Canada remains historically high, hovering above 200,000 units since June 2020,” said CMHC chief economist Bob Dugan in a release. “However, the trend in housing starts posted a small decline from February to March.” 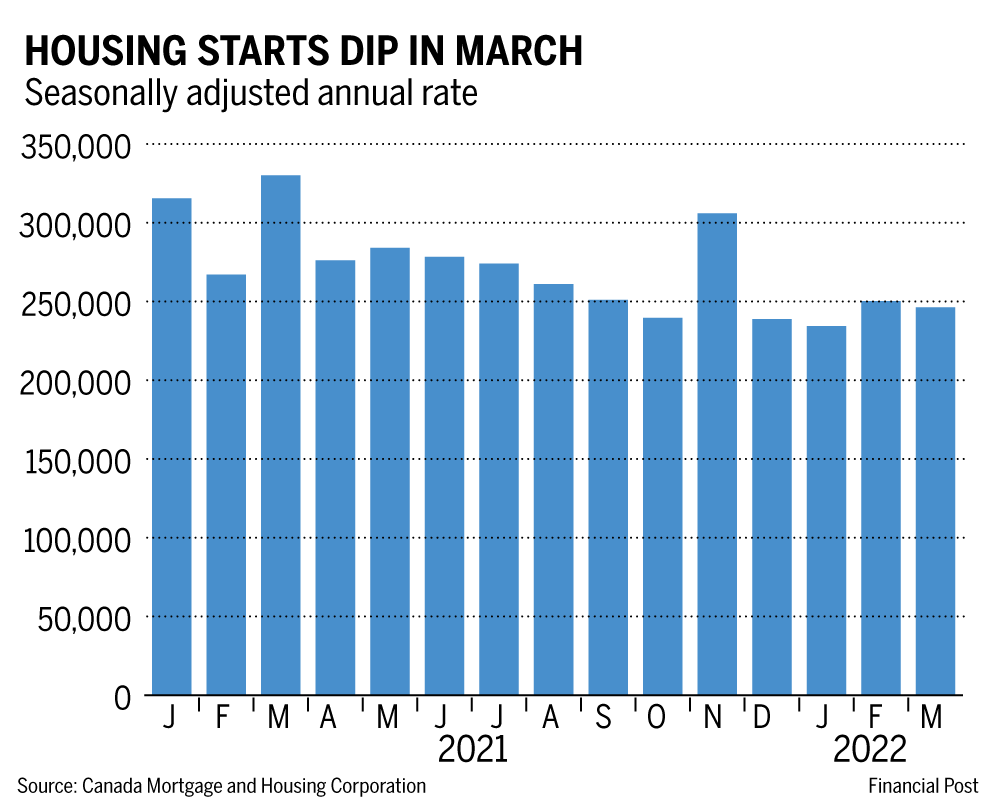 Dugan added that the two per cent decline in housing starts in Canada’s urban areas were largely driven by lower multi-unit starts, which fell five per cent to 154,876 units. However, there were higher single-detached starts in the month of March with an eight per cent growth to 65,832 units.

Montreal was the only one of the country’s three major markets — Toronto and Vancouver are the others — to post a growth in total seasonally adjusted starts, largely driven by higher multi-unit starts.

This data follows the federal budget’s ambitious plan to double the pace of housing construction in Canada within ten years. It is a task rife with challenges, one of the most pressing being the shortage in labour needed to build up these homes.

The minister of diversity, inclusion and youth of Canada, Ahmed Hussen, who has also been placed on the housing file, told Bloomberg News this month that immigration and investments in skills training were needed to address the shortage.

The stakes are high to get enough development off the ground as home prices soared during the pandemic. While rate increases from the Bank of Canada, such as the most recent 50 basis point hike, are expected to take some heat out of the market, the real estate industry continues to point to the dramatic mismatch between supply and demand as the driving factor making housing less affordable.