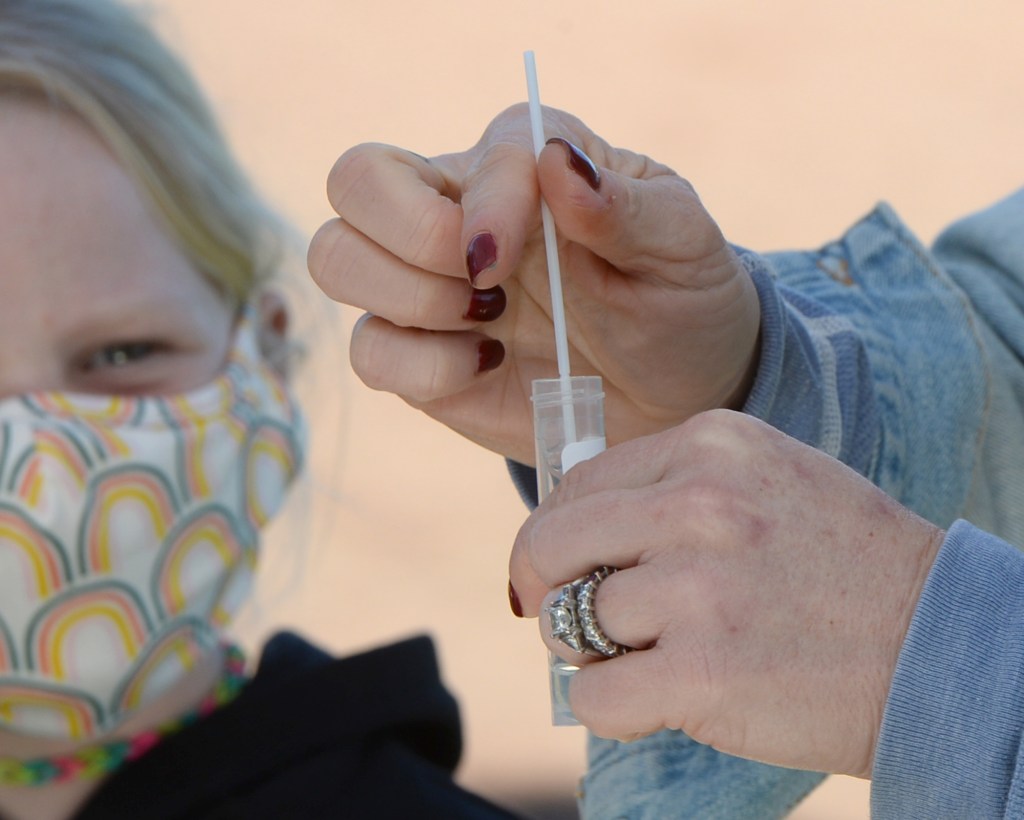 COVID-19 was more prevalent in Marin County in December than it has been since public health officials started collecting wastewater data to measure transmissions, officials said.

Data collected on Dec. 26 support what health officials have seen in recent weeks, with 24 outbreaks across Marin and at least 10 omicron variants circulating through the community. More cases are expected to appear following the holidays, said Dr. Matt Willis, Marin’s public health officer.

“To me, that’s a sign that we’re definitely seeing more transmissions in our community,” Willis said Friday.

“The fact that it’s not accompanied by a surge in hospitalizations tells me that infections are causing on average a less severe illness,” he said. “Even so, it’s definitely a concern considering the more diversity of variants emerging.”

Monitoring wastewater is increasingly seen as the most effective of way of gauging the level of transmission in communities.

Spikes in infections show up in wastewater long before PCR testing data becomes available because of delays in people getting tested and processing times. In addition, with more people using rapid antigen tests, positive results often aren’t reported to public health departments. Wastewater data also capture asymptomatic people who might be infected without knowing it.

Also, the Marin County Jail had an outbreak traced to the end of November that infected 46 inmates and two staff members, public health officials said.

“CH.1.1 is another variant of interest, newly identified in Marin. We are watching with attention due to specific mutations of concern,” Duncan said. “So far, one specimen only has tested positive for this variant.”

Willis said the good news is that the wastewater data show a plateauing of influenza and respiratory syncytial virus, or RSV,  a seasonal menace that can pose a serious risk to infants and seniors.

Most people will experience RSV as a common cold. But for children who are less than 6 months old and adults 80 and older, RSV can be life-threatening. It can develop into lung infections such as pneumonia and bronchiolitis. In serious cases, young children need to be treated in a pediatric intensive care unit.

“Be vaccinated, wear a mask when you can, watch out for each other and test regularly,” Duncan said. “That will help avoid spreading disease.”

The bivalent booster has shown to be most effective defense against the variant types appearing in Marin County, Duncan said.

In Marin, 98% of residents have received one immunization dose, 93% have completed a series and 69% have been boosted, according to the county.

As of Thursday, 14 patients were hospitalized for COVID-19, according to the county.

You can’t see in or out of Universal’s new Nintendo land, which sucks you into a video game world

What the world would lose with the demise of Twitter

The secret to living longer: Avoid inflaming your body and suffering from premature…