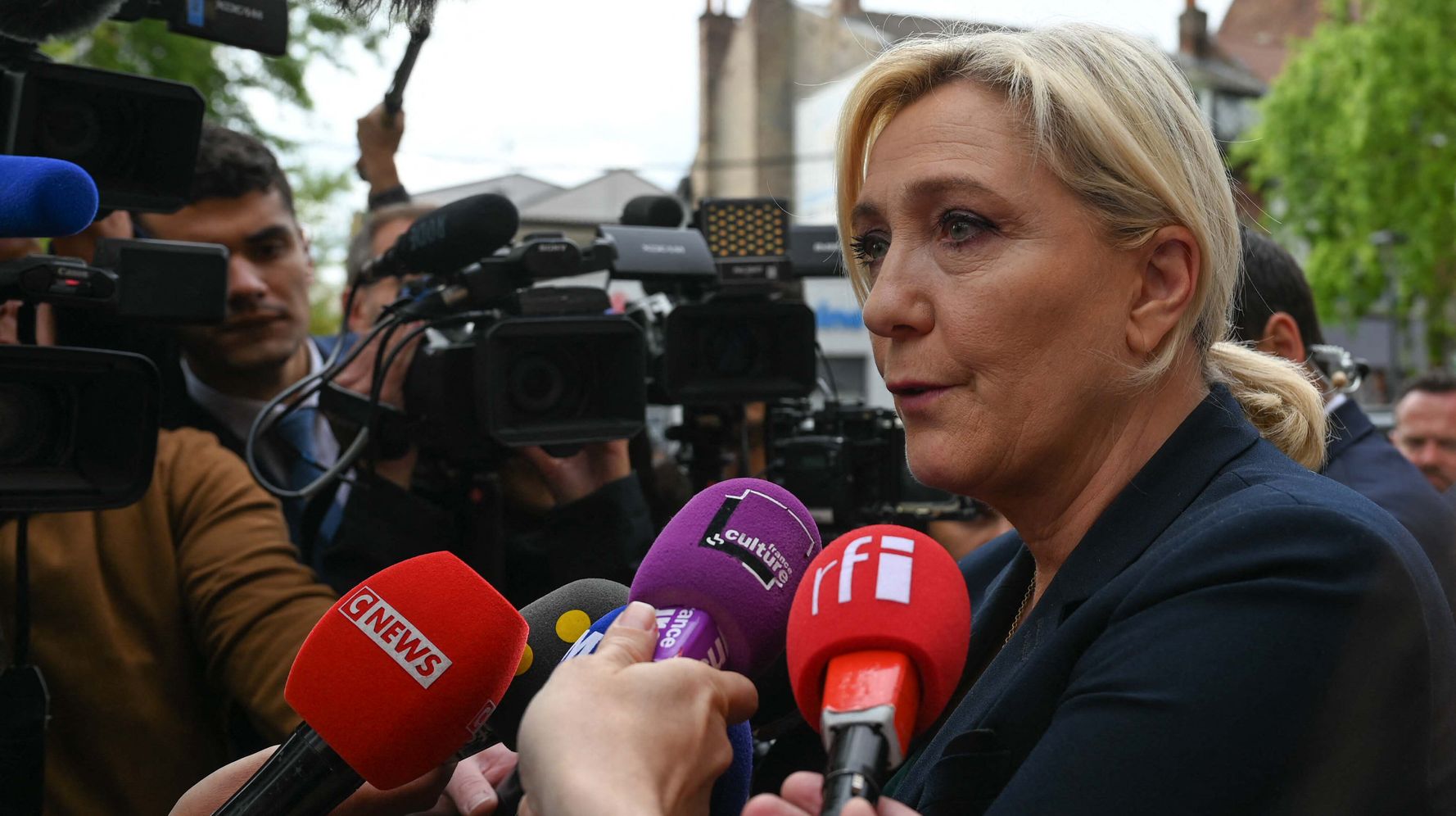 PARIS (AP) — Far-right leader Marine Le Pen said on Monday that her party’s extraordinary surge in the country’s parliamentary election is a “historic victory” and a “seismic event” in French politics.

Le Pen’s National Rally got 89 seats in the 577-member parliament, up from a previous total of eight. On the other side of the political spectrum, the leftist Nupes coalition, led by hardliner Jean-Luc Melenchon, won 131 seats to become the main opposition force.

Macron’s centrist alliance Together! won the most seats — 245 — but fell 44 seats short of a straight majority in the National Assembly, France’s most powerful house of parliament.

The outcome of the legislative election is highly unusual in France and the strong performance of both Le Pen’s National Rally and Melenchon’s coalition — composed of his own hard-left party, France Unbowed, the Socialists, Greens and Communists — will make it harder for Macron to implement the agenda he was reelected on in May, including tax cuts and raising France’s retirement age from 62 to 65.

“Macron is a minority president now. (…) His retirement reform plan is buried,” a beaming Le Pen declared on Monday in Hénin-Beaumont, her stronghold in northern France, where she was reelected for another five-year term in the parliament. “It’s a historic victory (…) a seismic event.”

She told reporters: “We are entering the parliament as a very strong group and as such we will claim every post that belongs to us.” As the biggest single party in the parliament — Macron and Melenchon both lead coalitions — she said National Rally will seek to chair the parliament’s powerful finance committee, one of the eight commissions that oversee the national budget.

Le Pen’s far-right party now has a sufficient number of legislators to constitute a formal group at the National Assembly and request seats in other committees, including a parliamentary investigation committee and those focusing on defense and foreign policy.

In addition, the National Rally party now has enough seats — more than 58 — to trigger a censure motion against the government that can lead to a no-confidence vote.

Macron himself hasn’t commented on the election results yet.

His government will still have the ability to rule, but only by bargaining with legislators. The centrists could try to negotiate on a case-by-case basis with lawmakers from the center-left and from the conservative party — with the goal of preventing opposition lawmakers from being numerous enough to reject the proposed measures.

The government could also occasionally use a special measure provided by the French Constitution to adopt a law without a vote.

A similar situation happened in 1988 under Socialist President Francois Mitterrand, who then had to seek support from the Communists or the centrists to pass laws.

The latest parliamentary election has once again largely been defined by voter apathy — with over half the electorate staying home.

“I don’t even know who was running,” said Lucie Gault, a 20-year-old medical student in Paris. She had no interest in the election campaign and didn’t cast a ballot on Sunday.

“I don’t follow any of it and even if I did vote I wouldn’t even know what I was voting for,” Gault said.

Aurélie Cruvilier, a bank employee in the French capital said the outcome of Sunday’s vote was confusing because “we vote for candidates that we don’t like when we maybe should be voting for ideas or at least important issues.”

Follow all AP stories on France’s 2022 presidential election at https://apnews.com/hub/france-election-2022