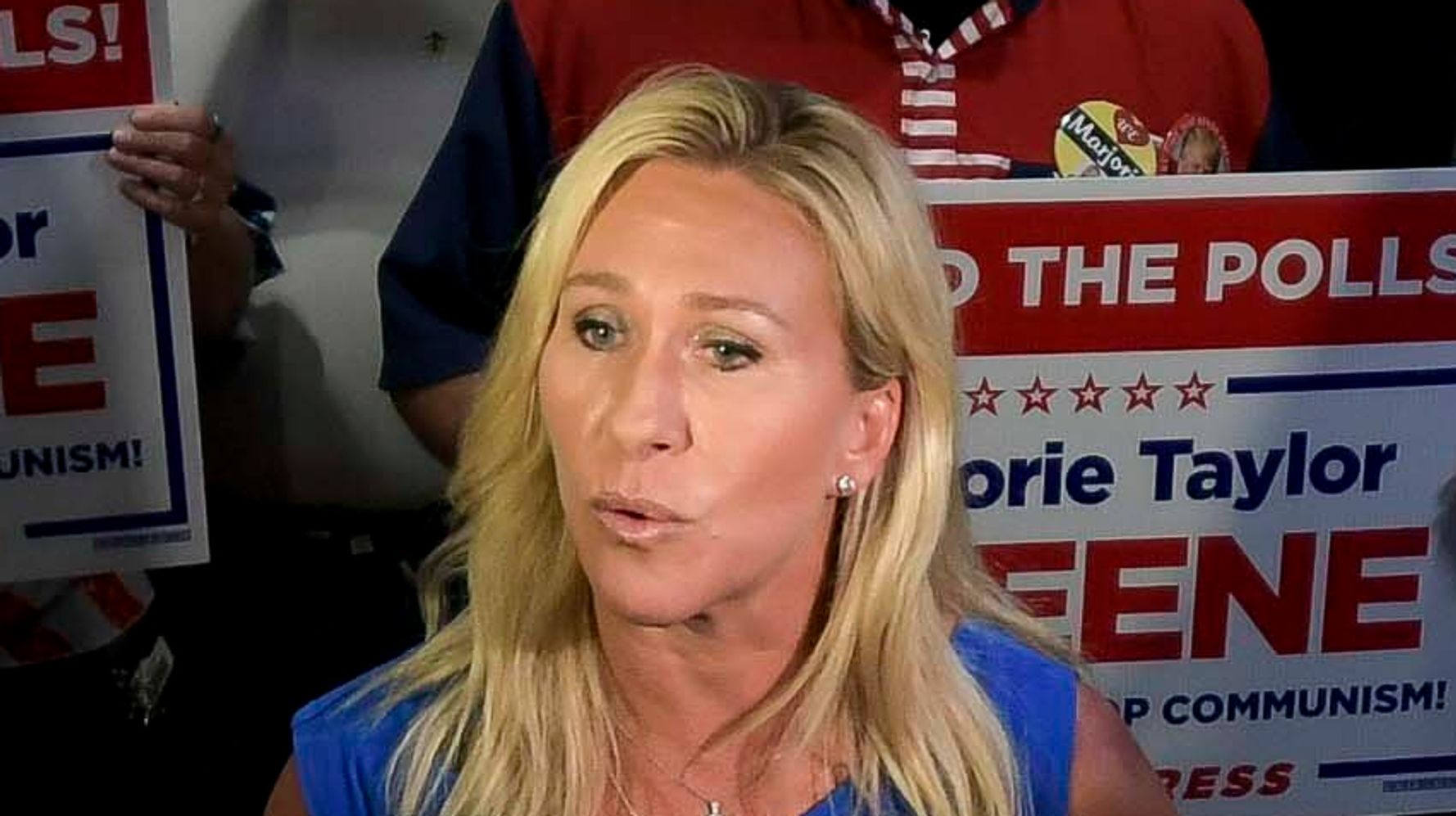 Rep. Marjorie Taylor Greene (R-Ga.), who has baselessly accused many of her fellow lawmakers of being “pro-pedophile,” has hired a new intern, a 37-year-old man known for two things: his rise to fame for being toxic online, and his fall from the public eye after appearing to condone pedophilia.

Right Wing Watch flagged the hire Monday, following up on a sighting earlier this year of Yiannopoulos alongside Greene at a press conference.

Greene confirmed the hire to The Daily Beast via a spokesperson Monday.

“I have an intern that was raped by a priest as a young teen, was gay, has offended everyone at some point, turned his life back to Jesus and Church, and changed his life,” Greene told the Beast. “Great story!”

Yiannopoulos, a onetime darling of the far right, is a questionable hire for anyone ― especially a lawmaker who (like a growing number of others in her party) claims to be very worried about the threat of predators “grooming” children, and who has accused various Democrats and Republicans alike of being “pro-pedophile.”

In 2017, after having made any number of racist, sexist and transphobic remarks, Yiannopoulos finally saw his speaking appearances and a lucrative book deal canceled when a video surfaced in which he appeared to condone sexual relationships between adults and 13-year-old boys.

In that video, Yiannopoulos, who until recently identified as gay, told a podcast interviewer that “we get hung up on this kind of child abuse stuff,” and argued that in “some of those relationships between younger boys and older men … those older men help those young boys discover who they are and give them security and safety and provide them with love.”

Yiannopoulos later said the video had been selectively edited, and condemned pedophilia as “a vile and disgusting crime, perhaps the very worst.” However, other videos have emerged of him making similarly equivocal statements.

That’s a sharp contrast to Greene’s stated beliefs. Earlier on Monday, before the news of her new hire broke, she tweeted: “We must protect children from child grooming predators & abusers in every way possible.”

I could care less what 2 consenting adults do sexually, nor do I judge, but when it comes to adults training children sexually, both mentally & physically, I do care.

And so do MOST people.

We must protect children from child grooming predators & abusers in every way possible.

In related news, Capitol Hill interns don’t have to pass a background check.