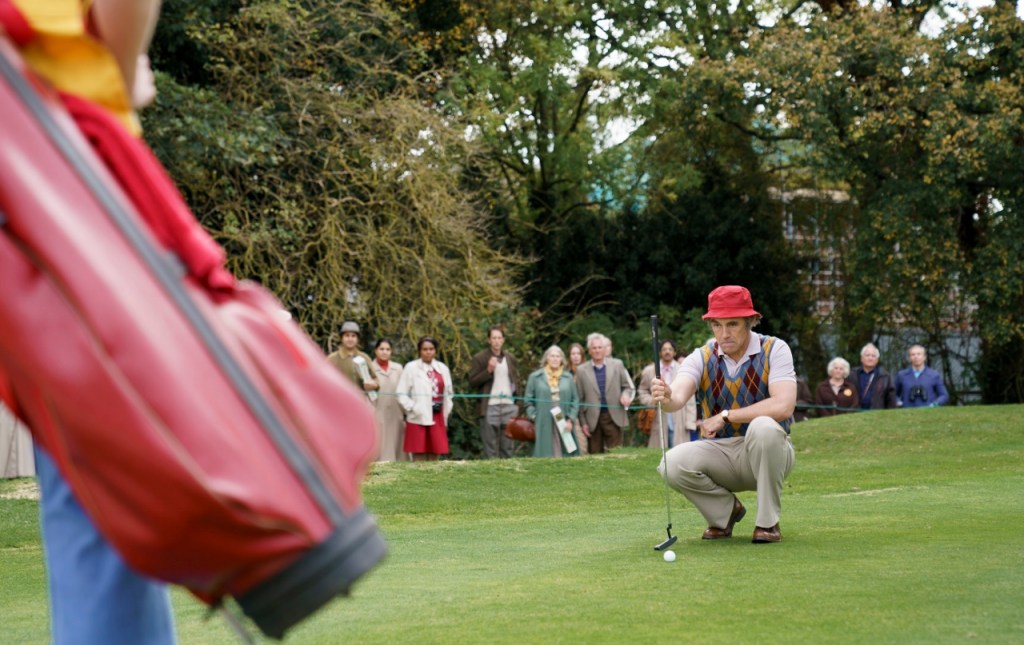 Mark Rylance stands very tall among the great actors of his generation, yet with Friday’s true-life saga “The Phantom of the Open” he embodies the Brit heralded as “The World’s Worst Golfer.”

What, Rylance, 62, was asked, is the joy in playing so emphatic a loser?

“Obviously I’m aware that I get wonderful parts and people enjoy what I do,” said the Oscar, Tony, BAFTA and Olivier Award winner in a Zoom interview from London.

“But I often go around thinking I’m a failure to the critical voices so strong in my head. Beating myself up so much of the time! Where as far as Maurice, he went around feeling he was a success. He never indulged himself in thinking he was a failure. He thought he had to practice (which I agree with), despite contrary evidence having the worst score that had ever been scored in the British Open. He didn’t see it as a failure. He thought he just had quite a good day.”

The Brits, Rylance acknowledge, “love underdogs. They love people who succeed against the odds. Maybe it’s the (second world) war. I’m not sure why.

“So Maurice was very much embraced as an underdog, particularly in this hierarchical Ancient Golf society with all its rules and regulations and all that stuff. He broke into that.

“I think he was mostly loved because he had a rare quality: He didn’t think or speak badly of himself, no matter what other people said.

“There’s a lovely little book, a Mexican book called ‘The Four Agreements,’ ” Rylance noted. “It’s old and the First Agreement you have to make with yourself they say is to never think or speak badly about yourself. To be very pure about that.”

He smiled, saying, “It’s very, very hard to do. That was one of the reasons I was very curious about Maurice.”

As the star Rylance was influential in setting the tone of “Phantom of the Open.”

“When I read the source novel (by co-screenwriter Simon Farnaby and Scott Murray), then met with Craig Roberts the director we talked about things that I liked, things where I felt that rather than a comedy I thought that we can play this just truthfully.

“In a way the early drafts of the screenplay, naturally, nervously, were heightening things a little bit more than I felt was necessary. I felt it would be funny as it is. We didn’t need to be heightening the comedy.”

Can high school programs solve the pilot shortage for airlines?

‘Queuegate’: Holly Willoughby and Phillip Schofield’s names were ‘not on the media…