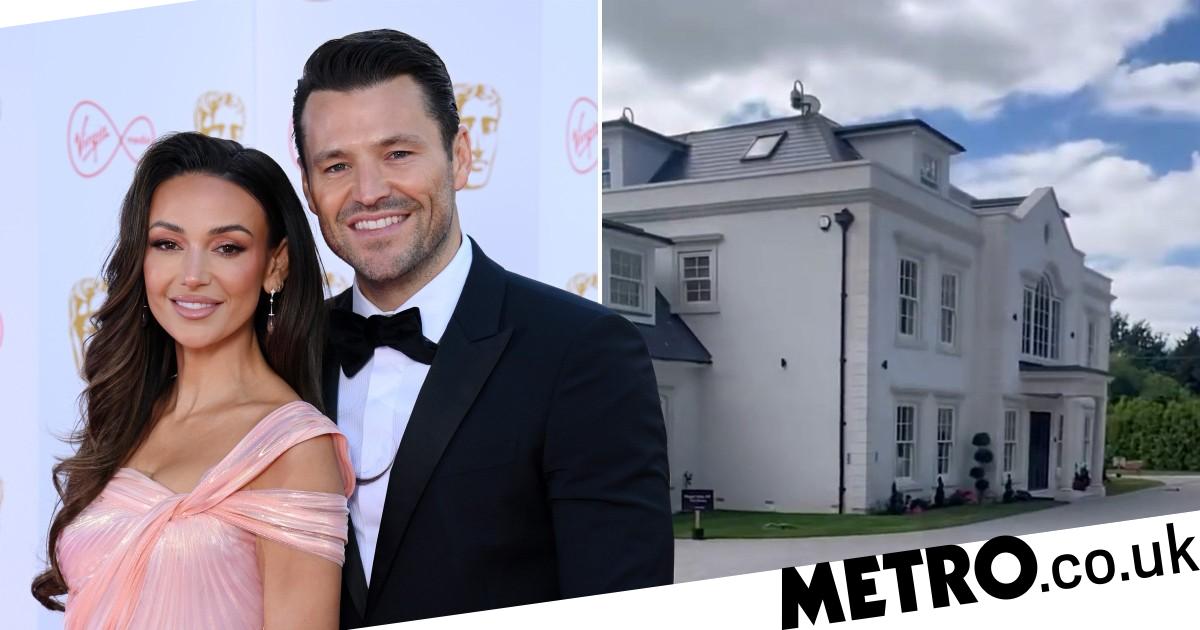 Mark Wright has revealed one of the final transformations at the mansion he and Michelle Keegan built from scratch, as their lavish driveway was completed.

The former Towie star, 35, shared a slick transition video on the couple’s home Instagram account, showing the driveway in front of their house change from a rubble-filled wasteland into the most stunning paved forecourt.

Mark told his followers he was ‘buzzing off’ the paving slabs they chose, adding: ‘Driveway complete….

‘Buzzing with the light grey we have chosen. Having the drive done makes it really start to feel like home!!’

Mark and Michelle’s dream home has been under construction since 2020, with the ongoing coronavirus pandemic having initially added some delays to the time-frame of their build.

The couple had bought a farmhouse in Essex for £1.3million, which they demolished to make way for their Georgian-style mansion.

Mark and Michelle have designed every aspect of their property to their own specifications, right down to the location of the plug sockets in the room.

The reality star previously told Lorraine: ‘Honestly, you talk about stress, it’s fun stress but it’s where it’s the home we’re going to live in, I just want it to be perfect.

‘So even if it’s like, why’s there not a plug socket there? You know when you move into a new home, you can’t put a lamp somewhere ’cause there’s not a plug socket there, every finer detail I’m trying to get right because I don’t want to look back and think, “Ah, I shouldn’t have had that door there, I should have had it there”, so I’m changing things a lot.

The property will feature its own swimming pool, gym and bar and sits on ‘four to five acres’ according to Mark.

He previously told Metro.co.uk: ‘It’s going really well. It’s stressful, of course, building your house from scratch, you don’t want to get anything wrong and just choosing all the right stuff. It’s also very exciting at the same time.’

I’m A Celebrity: Could Scarlett Moffat have hinted at all-stars return?

I’m A Celebrity: Could Scarlett Moffat have hinted at…

8 Simple Yet Crucial Ways to Improve Your Relationship With…