Maternal mortality in the US outpaces rates in other industrialised nations. It’s about to get worse 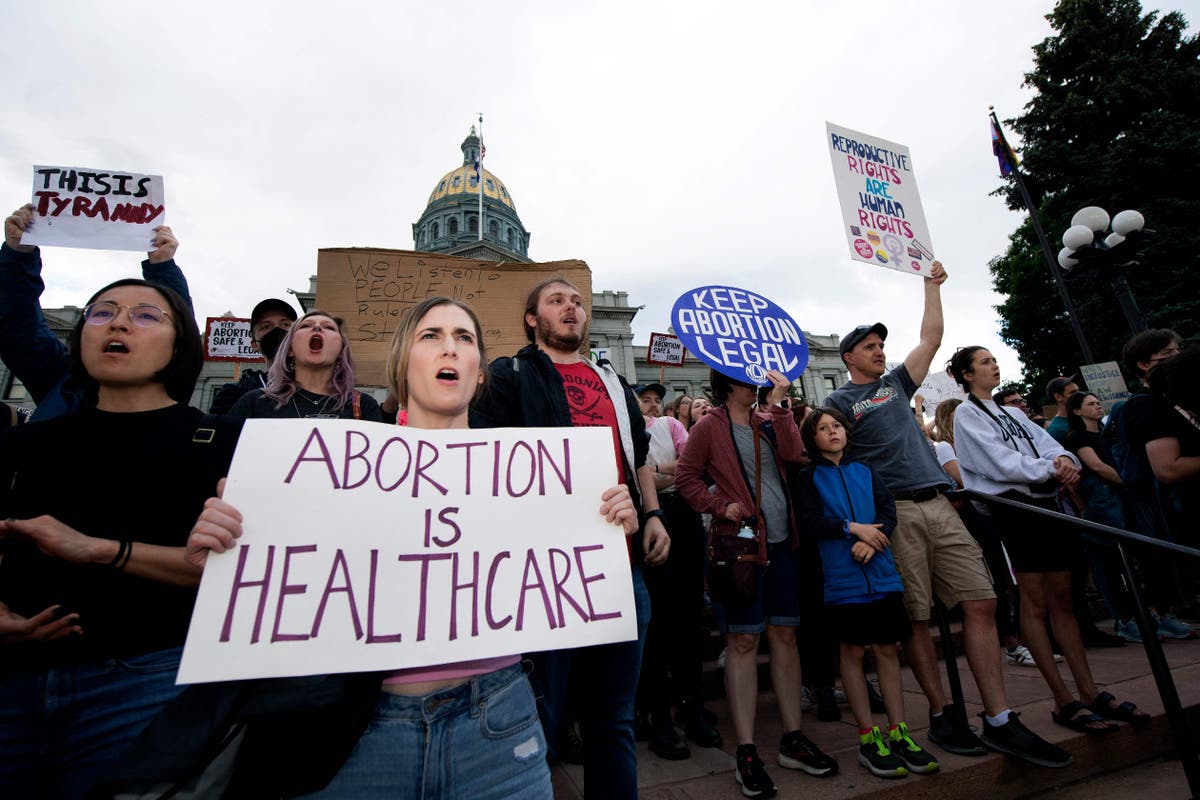 Roughly half the US is poised to outlaw abortion through so-called “trigger” laws that take effect within 30 days after the Supreme Court struck down Roe v Wade, along with other anti-abortion laws that severely restrict access or eliminate legal abortions entirely.

Republican officials across the US have signalled their readiness to file more restrictive legislation in the decision’s wake, charge providers with felony crimes, and force millions of Americans to travel hundreds of miles to the nearest states or countries where care is protected.

Without access to abortion care or financial support and guaranteed healthcare, the nation’s most vulnerable women could be forced to carry unwanted or unsafe pregnancies to term, or self-manage abortions, worrying health officials and physicians that the end of constitutional protections for abortion access will have a devastating impact to maternal health outcomes.

The nation’s maternal mortality rate, defined by the US Centers for Disease Control and Prevention as the number of deaths from any cause related to pregnancy or its management, or with 421 days after a pregnancy is terminated, increased from 2019 to 2020, the latest year for which CDC data is available.

Rates of pregnancy-related deaths have steadily risen in recent years, increasing from 20.1 in 2019 to 23.8 in 2020, and easily outpacing other industrialised nations with the worst maternal mortality rate.

The Supreme Court’s decision and its potentially life-threatening consequences will disproportionately impact Black women, who are three times more likely to die during pregnancy or childbirth than white women. Black women are also more likely to be uninsured, according to a 2019 report from the National Partnership for Women & Families.

Providers fear that the end of Roe and nationwide restrictions on abortion care – without providing any maternal health support, guaranteed healthcare, paid family leave or other social safety nets to support patients’ health – will only exacerbate a growing crisis.

“We know from data from many countries that when abortion is criminalized it doesn’t stop people from seeking abortions, it just makes it unsafe,” according to Terry McGovern, professor and chair of Columbia University’s Mailman School of Public Health.

“When you remove access to abortion and limit pregnant people’s health autonomy, the implications are profound and far-reaching,” added associate professor Kelli Hall. “People who do not have access to comprehensive care in their state are forced to go to extreme financial and logistical measures.This will exacerbate poverty, material hardship, and social inequities for generations of families.”

Emily Wales, interim president of Planned Parenthood Great Plains, warned in the aftermath of the Roe decision on 24 June that states that have restricted abortion access have the highest rates of maternal mortality, stressing that “pregnancy is 15 times more dangerous than abortion.”

The Guttmacher Institute, a reproductive health research group, found that maternal health access is far worse in the 26 states poised to outlaw or severely restrict abortion.

In Louisiana, for example, a state where abortion patients will have to travel farther than patients in any other state to access legal care now that abortions are outlawed, huge swaths of the state have little to no access to hospital obstetric services, OB-GYN doctors, birth centres and other maternal healthcare, according to a 2020 report from March of Dimes.

States with restrictive abortion laws had a 7 per cent higher maternal mortality rate than states with fewer restrictions, according to a 2021 study in the American Journal of Public Health.

In states where abortion restrictions were based on gestational limits, maternal mortality rates stood at 38 per cent, according to a 2020 study in the American Journal of Preventive Medicine.

States that lost Planned Parenthood clinics between 2006 and 2015 also saw an average 8 per cent increase in their maternal mortality rates.

Ms Wales told reporters that patients will have to manage time off work, childcare and travel arrangements, among other considerations that are potentially impossible hurdles for many patients who seek an abortion.

“That is a hard thing to say out loud and recognize,” she said.

Dr Judette Louis, the chair of obstetrics and gynecology at the University of South Florida, recalled one patient who was hemorrhaging from her pregnancy and was forced to seek permission before she could terminate it.

“I was standing there watching her hemorrhage out, waiting for permission to do the termination,” she told CNN. “It is a disgusting feeling. It is a sad feeling. And you’re sitting there literally watching her blood pressure going down while you’re waiting for permission … It’s just sad to now know … that that will be happening all over across the country where [abortion access] won’t even be a possibility for a lot of states.”

On Friday, the Biden administration released its White House Blueprint for Addressing the Maternal Health Crisis, which intends to expand healthcare coverage and expand a workforce that care for pregnancy people, support low-income patients with support during and after a pregnancy, and address biases in healthcare that prevent patients from getting the care they need.

The administration is calling on Congress to expand Medicaid, the federal health programme for lower-income Americans. The programme covers roughly 42 per cent of all births in the US, but in many states it covers only the first 60 days after a birth. Only 14 states have expanded that coverage to a full year.

“The Biden-Harris Administration is committed to cutting the rates of maternal mortality and morbidity, reducing the disparities in maternal health outcomes, and improving the overall experience during and after pregnancy for people across the country,” according to a statement. “This commitment will require bold, unprecedented action through a whole-of-government strategy.”