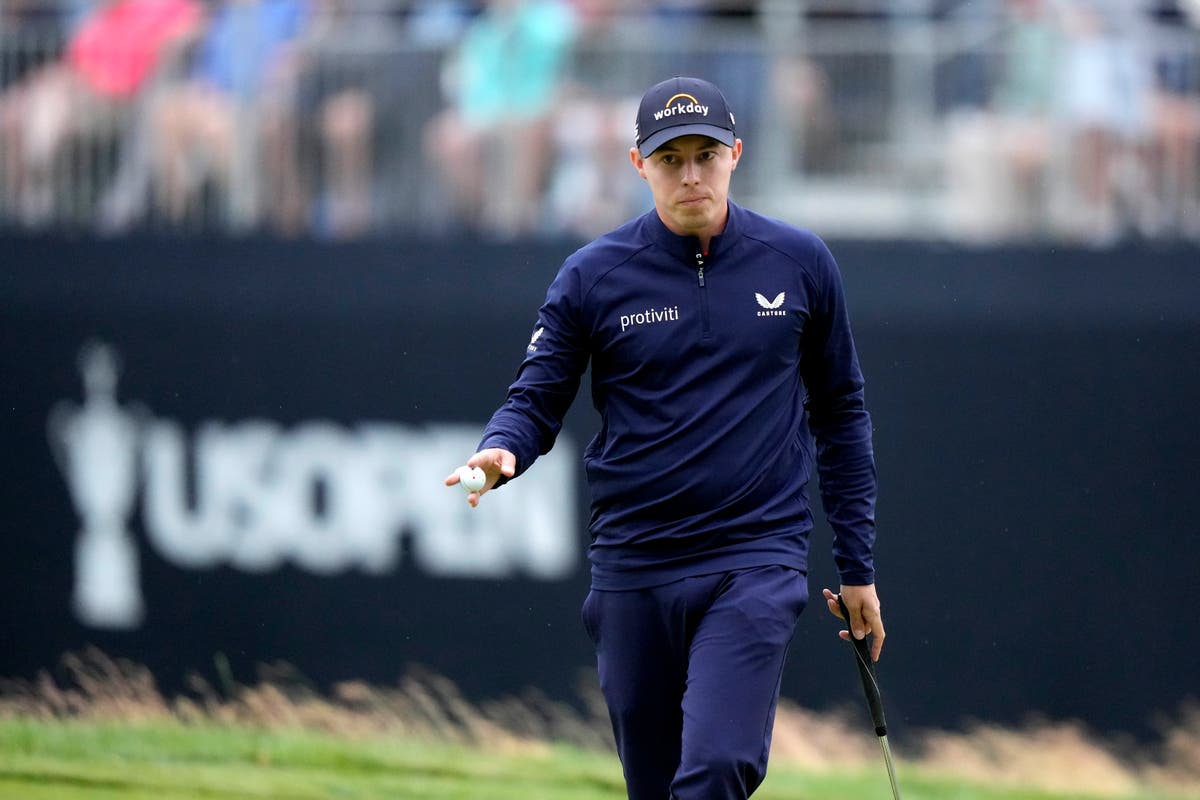 Matt Fitzpatrick believes his previous triumph at Brookline will give him the edge as he seeks a first major title in the 122nd US Open.

Nine years after winning the US Amateur title at the same venue, Fitzpatrick shares the lead heading into the final round of the year’s third major with American Will Zalatoris, a shot ahead of defending champion Jon Rahm.

World number one Scottie Scheffler, Keegan Bradley and Adam Hadwin are two shots off the pace at the Country Club, with Rory McIlroy, Sam Burns and Joel Dahmen another stroke back and the last of just nine players in red figures.

“I certainly think it gives me an edge over the others,” Fitzpatrick said of his US Amateur win in 2013. “I genuinely do believe that. It’s a real positive moment in my career. It kind of kickstarted me.

“To come back here and play so well again, it kind of just gives me growing confidence round by round.”

Fitzpatrick also contested the fourth round of the US PGA from the final group at Southern Hills last month, a closing 73 meaning he missed out on the play-off between Zalatoris and Justin Thomas by two shots.

“I didn’t have my A-game that day and I felt like if I played anything like my A-game, B-game, whatever, I would have been in even better contention,” the 27-year-old added.

McIlroy’s chances of a fifth major title and first since 2014 looked to be disappearing when he played his first six holes in three over par, but a brilliant display of putting on the back nine kept the leaders in his sights.

“It’s been a long time since I won a major but I remember the feeling and I want that feeling again,” McIlroy said. “I am one great round of golf away from doing it and that’s all I have to focus on.”

Round of the day

Will Zalatoris moved into a share of the lead with a superb 67, which included just one bogey on a testing day.

Shot of the day

World number one Scottie Scheffler enjoyed a two-shot lead after holing out from 102 yards for an eagle on the eighth.

Statistic of the day

Top statistician Justin Ray confirms how much McIlroy relied on his putter on Saturday to remain in contention.

The par-four 10th played as the toughest hole for the first time, with just four birdies, 25 bogeys and four double bogeys contributing to a scoring average of 4.547.

The par-five 14th was the easiest hole for the first time, despite measuring over 600 yards, thanks to playing downwind. However, one eagle and 15 birdies meant that in only just played under its par with a scoring average of 4.906.

Overnight the scattered rain showers combined with a low of 50 degrees will make it feel more like autumn in New England than the middle of the summer. Rain showers taper off heading into Sunday afternoon, but an overhead cloud deck will keep temperatures in the 60s for the coolest day of the week.