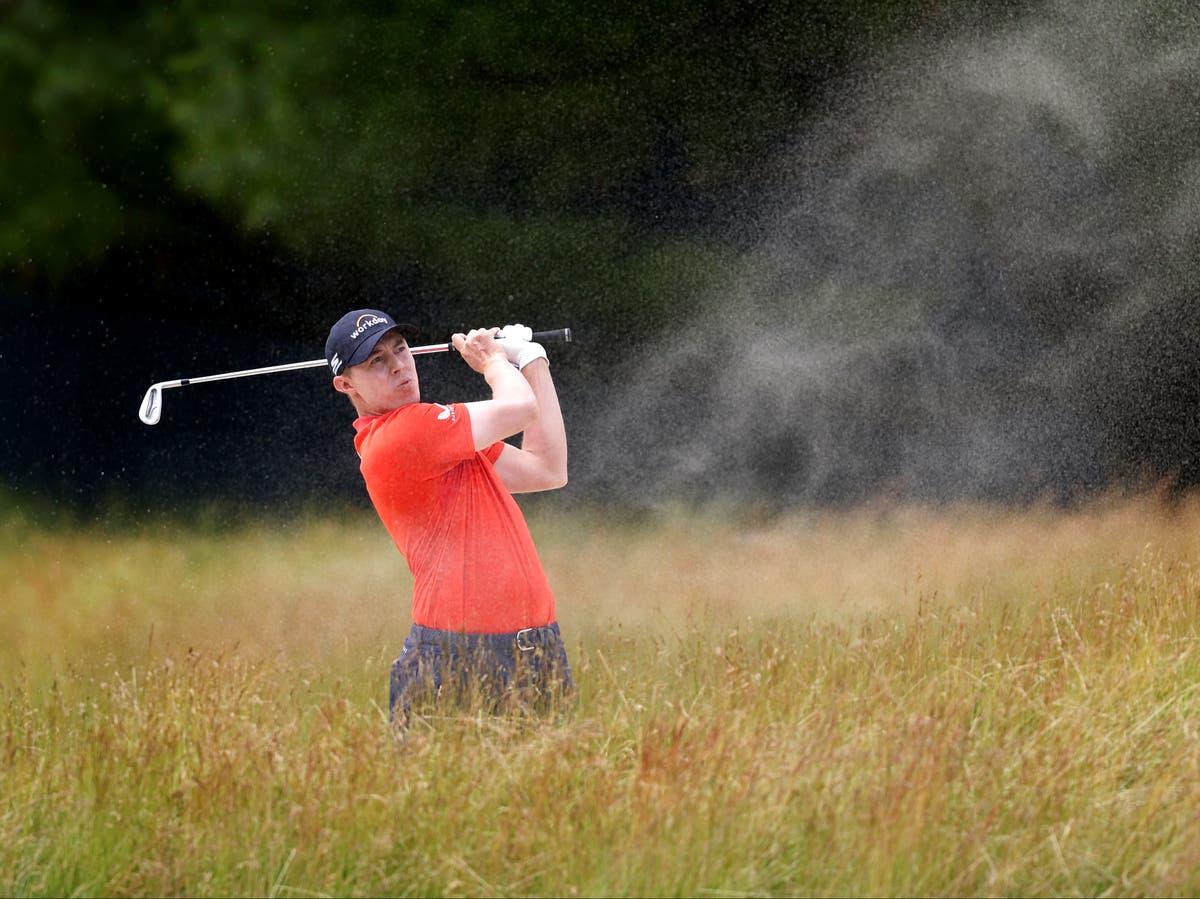 Matt Fitzpatrick will take a share of the lead into the final round of the US Open as he seeks a first major title and historic Brookline double.

Defending champion Jon Rahm looked set to finish an eventful day on top of the leaderboard when he birdied the 14th, 15th and 17th to take the outright lead, only to run up a double bogey on the 18th.

Rahm was unlucky to catch a fairway bunker with a well-struck drive, but then drilled his second shot into the face of the hazard and found more sand in front of the green with his third.

The resulting six dropped the Ryder Cup star back to three under par, a shot behind Fitzpatrick and Zalatoris, who had overcome the blustery conditions to shoot 68 and 67 respectively.

For the second major in succession, England’s Fitzpatrick will contest the closing round from the final group, having partnered Mito Pereira in the US PGA at Southern Hills last month.

On that occasion a closing 73 meant Fitzpatrick missed out on the play-off between Zalatoris and Justin Thomas by two shots, Thomas securing his second US PGA title in the three-hole shootout.

A victory on Sunday would see Fitzpatrick join Jack Nicklaus as the only players to win the US Amateur and US Open on the same course, Nicklaus doing so at Pebble Beach in 1961 and 1972.

Fitzpatrick won the US Amateur at Brookline in 2013, the same year Justin Rose became the last Englishman to win the US Open at Merion.

“I’d be lying if I said I haven’t thought about it (winning). It would just mean the world,” Fitzpatrick said. “It’s obviously a special place for me and to go one step further and win a US Open round here would be even more special.

“The US amateur was one of the biggest achievements in my career and still is, and if I won a major here tomorrow it would definitely overtake it

“My family are in town, I’ve got a couple of friends here as well and the family I am staying with are fun as well, so I’ll have plenty of distractions which will be good with a late tee-time.

“I’m excited to give myself another chance in a major just a month later, I am just really proud with the way I played.”

Rory McIlroy’s chances looked to be fading fast when he covered his opening seven holes in three over par to slip five behind world number one Scottie Scheffler, who had holed from 102 yards for an eagle on the eighth to reach six under.

However, Scheffler ran up a double bogey on the short 11th and dropped further shots on the next three holes, while McIlroy birdied the 11th and relied on a brilliant display of putting to keep the leaders in his sights on one under, despite a disappointing 73.

Zalatoris has yet to win on the PGA Tour but has recorded five top-10 finishes in his last six completed majors, including a play-off defeat in last month’s US PGA Championship at Southern Hills.

And the 25-year-old proved once again his game is ideally suited to the sport’s biggest events with a superb 67 featuring four birdies and a solitary bogey, to set the target at four under par.

“After the US PGA that was a bitter pill to swallow, but I feel good about my game,” Zalatoris said.

“Tomorrow is going to be no simple test, you look at the major champions on the leaderboard and this course is a beast. The job is not even close to being done.”

Thomas was accidentally introduced as Justin Thompson on the first tee and was then overheard expressing his frustration after being denied a drop from near a drain in the fourth fairway.

“That’s what pisses me off, because so many other people would lie about being able to hit that, but it’s just like, I’m not going to hit it (the drain),” Thomas complained. “That’s bull****, man.”

Speaking after a round of 72 left him three over par, Thomas said: “I called an official to get a ruling on it, and in the spirit of the game I wasn’t going to hit the drain.

“I felt like I very easily could have told her (the rules official) that I was going to and gotten a free drop, but I wasn’t.”