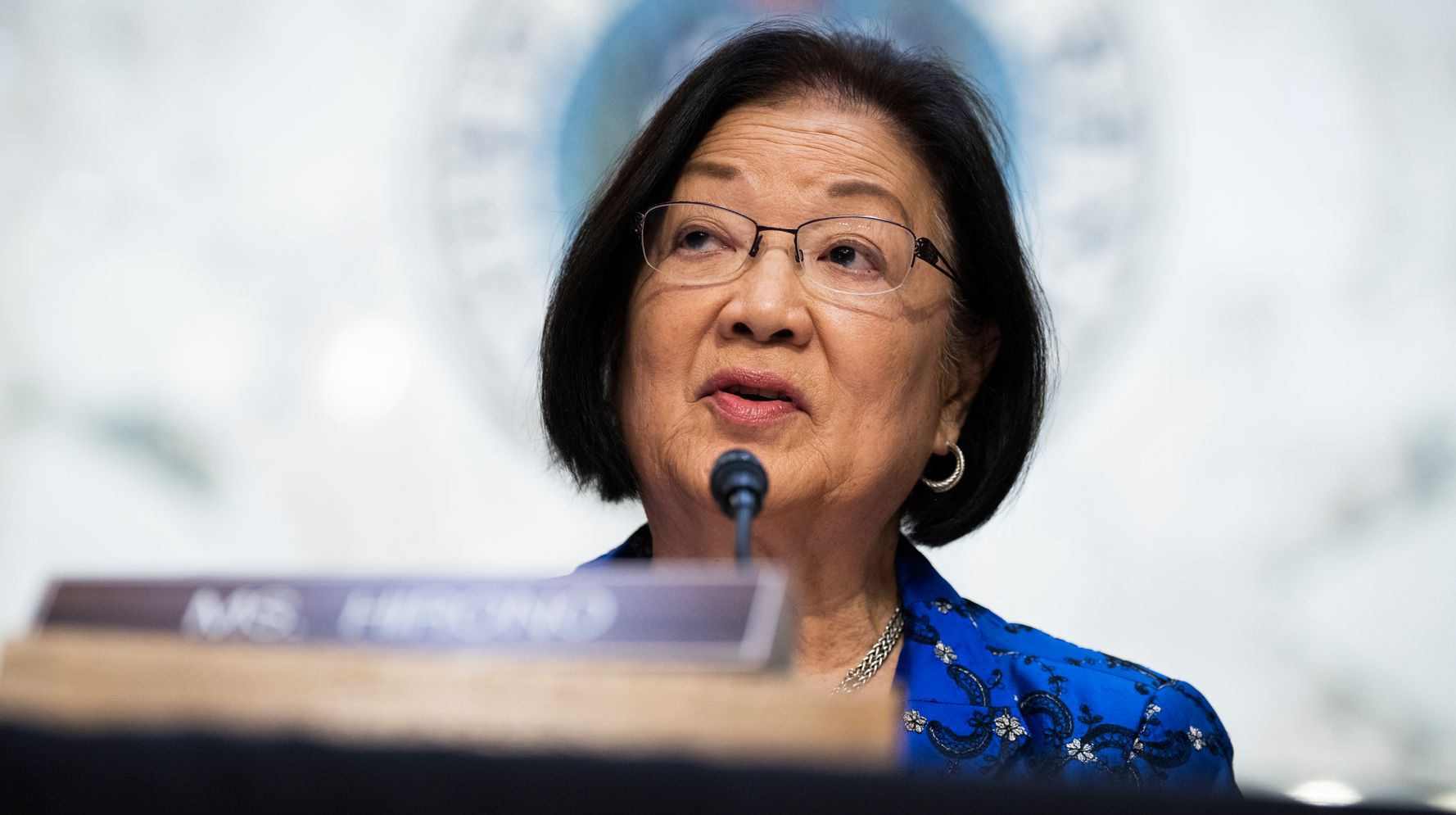 Sen. Mazie Hirono (D-Hawaii) is privately urging President Joe Biden to grant clemency to Leonard Peltier, the Native American rights activist who has been in prison for nearly 50 years after an incredibly flawed trial and no evidence that he committed a crime.

In a May 26 letter exclusively obtained by HuffPost, Hirono said there were egregious problems with Peltier’s imprisonment from the start.

“It is clear that our criminal justice failed Mr. Peltier and that FBI coercion, improperly withheld evidence, and other constitutional violations led to his unjust conviction,” she told the president.

“He is now 77 years old and suffers from a number of serious medical conditions,” Hirono said. “Commuting Mr. Peltier’s sentence and releasing him to return to his home and family would finally correct this unjust sentence and end this grave injustice.”

Here’s a copy of Hirono’s letter:

If you haven’t heard of Peltier, think of him as America’s longest-serving political prisoner: a fall guy the FBI and U.S. attorney’s office desperately needed after failing to figure out who murdered two FBI agents in a 1975 shootout on Pine Ridge Reservation in South Dakota.

If you have heard of Peltier, then you know how much more there is to this story. The blatant 1970s-era racism against Indigenous people. The fact that all of Peltier’s co-defendants were acquitted based on self-defense. The reality that the FBI was at least partly responsible for the deadly shootout that day. The U.S. government officials who have since admitted how flawed Peltier’s trial was and have urged his release. The decades of outcry from Indigenous leaders, members of Congress, celebrities and human rights leaders including Pope Francis, the Dalai Lama, Nelson Mandela, Coretta Scott King and Amnesty International, an organization otherwise focused on political prisoners in other countries.

Today, though, the story is pretty simple: There is an ailing, 77-year-old Indigenous man who has been in prison for 46 years who never should have been there in the first place.

Peltier recently recovered from an ugly bout with COVID-19, and he’s got serious health problems related to diabetes and an abdominal aortic aneurysm. He has maintained his innocence all these years, even though it has almost certainly prevented him from being paroled.

The million-dollar question is, why is Peltier still in prison? The answer to that is also pretty simple: The FBI doesn’t want him to ever get out and is using a flimsy, face-saving argument for keeping Peltier in prison until he dies.

Hirono is the third Democratic senator to personally appeal to Biden to grant clemency to Peltier in the last several months.

Sen. Patrick Leahy (D-Vt.), the longest-serving senator and a former chairman of the Judiciary Committee, told HuffPost in November that it is time for Peltier to go home. In February, he went on to publicly call on Biden to free him. Sen. Brian Schatz (D-Hawaii), who chairs the Indian Affairs Committee, has also urged Biden to grant clemency to Peltier.

A spokesperson for Hirono did not respond to HuffPost’s request for comment on what spurred the senator to call for Peltier’s release now.

A White House spokesperson did not respond to a request for comment on whether Biden is considering clemency for Peltier.

In a rare interview from prison, Peltier recently told HuffPost what he would say to Biden if he had him alone for five minutes.

“I’m not guilty of this shooting. I’m not guilty,” he said. “I would like to go home to spend what years I have left with my great-grandkids and my people.”

Where To Watch And What To Expect