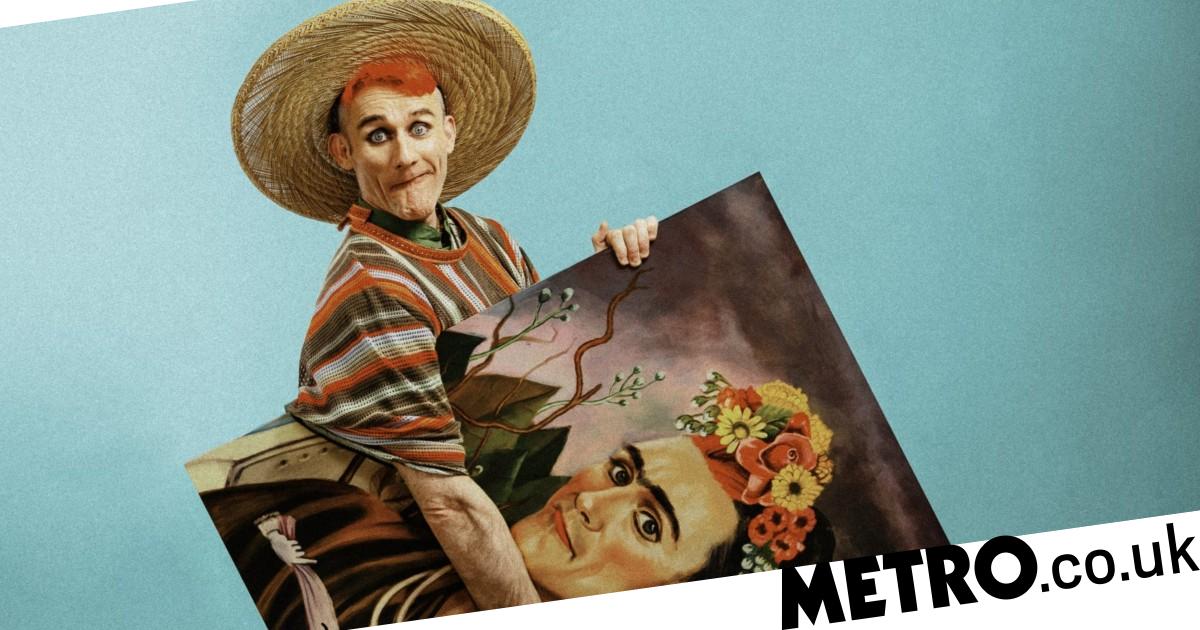 I am sitting in the Giffords Circus tent next to Tweedy the clown. As circuses go, this big top is small. Cosy even.

There is sawdust on the floor and the rink is currently occupied by this year’s performers who include acrobats from Cuba, a knife-throwing double act from Italy, an extraordinary Mexican/British juggler and the entire Donnerts family from Hungary and Romania who perform impossible acts of balance on horseback.

All could command an audience on their own, but here each of them is an essential part of Giffords’ new Mexico-inspired knockabout production ¡Carpa! (from the Spanish word for tent).

However, right now they are under the instruction of assistant choreographer Emma Campbell, who is putting the cast through their paces.

‘A dance finale has always been a big part of the show,’ explains Tweedy as we watch the routine. ‘In most circuses the artists just come on at the end and wave.’

The dance is all part of what makes this circus special. And at Giffords no artist is more special than Tweedy the clown.

He has no red nose or make-up, although there is a tuft of bright red hair protruding from above his brow as if a tropical bird had flown full speed into his forehead.

If the showbiz gods had squeezed Robin Williams and Mark Rylance into one person, the result may have been Tweedy. He has that kind of loose-cannon intelligence.

‘That’s absolutely spot-on’ says Cal McCrystal, Gifford’s long-standing director, when I speak to him later. ‘Tweedy’s an absolute joy, very adaptable and very imaginative. He is like a huge celebrity, which he is at Giffords.’

Not that Tweedy craves celebrity. Sometimes he doesn’t even recognise the famous people in the audience, even though many are among his greatest fans.

During the pandemic he made online videos for children featuring such guest stars as Hugh Bonneville and Reece Shearsmith.

Vivienne Westwood and Jennifer Saunders are also fans and Helena Bonham Carter read Shakespeare at the funeral of the circus’s founder Nell Gifford, who tragically died of breast cancer at 46 three years ago.

‘I don’t always recognise the celebrities,’ admits Tweedy. One time he was doing a routine that involved putting a volunteer from the audience on a bike that seemed to be connected to a generator.

They had to pedal to keep the lights on while Tweedy walked off stage. When they stopped pedalling the lights would fade at which point he’d shout, ‘Keep pedalling!’

‘After the show someone said to me, you do realise that was Amanda Holden?’ he says.

Tweedy’s life seems to have been studded by oddly funny moments. Before his days as a clown with Zippo’s Circus and before that as a Redcoat with Butlins,

Tweedy was just young Alan Digweed who studied animation. But then he realised he wanted to be one of the cartoon characters instead of drawing them.

‘My inspiration was Laurel And Hardy, who used to be on BBC Two at around tea time,’ he says.

One day he announced his intentions to be a clown to his father, an electronics engineer, and his mother, who ran a swimming pool. It didn’t go well. But a few minutes after the awkward conversation they were watching a new TV show called Clowning Around.

It had a scene in which a young boy announced to his parents that he wanted to be a clown, mirroring the conversation Tweedy and his parents had just had.

Tweedy remembers how they all watched in silent bewilderment at the coincidence.

Though he seems simultaneously guileless and hapless, his act reveals a steely professionalism as he is teeters atop a galloping horse while hanging upside down.

Yet to talk to him it is not always obvious whether you are in company of Tweedy the clown or the man.

‘It’s difficult to know where the line is,’ he admits. ‘If I’m at a party and I get excited there’s not much difference between my clown and me. Rowan Atkinson’s a very serious person in real life, and then he goes into his clown, Mr Bean.

‘But I love it so much I want to stay in the clown world as much as possible.’

Perhaps this explains his determination to save the clown from being hijacked by the horror industry.

As the dance rehearsal winds down we watch silhouetted circus performers leave the cool shadow of the tent.

‘So I say bring back the clowns,’ says Tweedy.


MORE : Circus fire-blower struggling to work because of lack of fuel


MORE : Talented rescue cats do amazing tricks in their very own circus