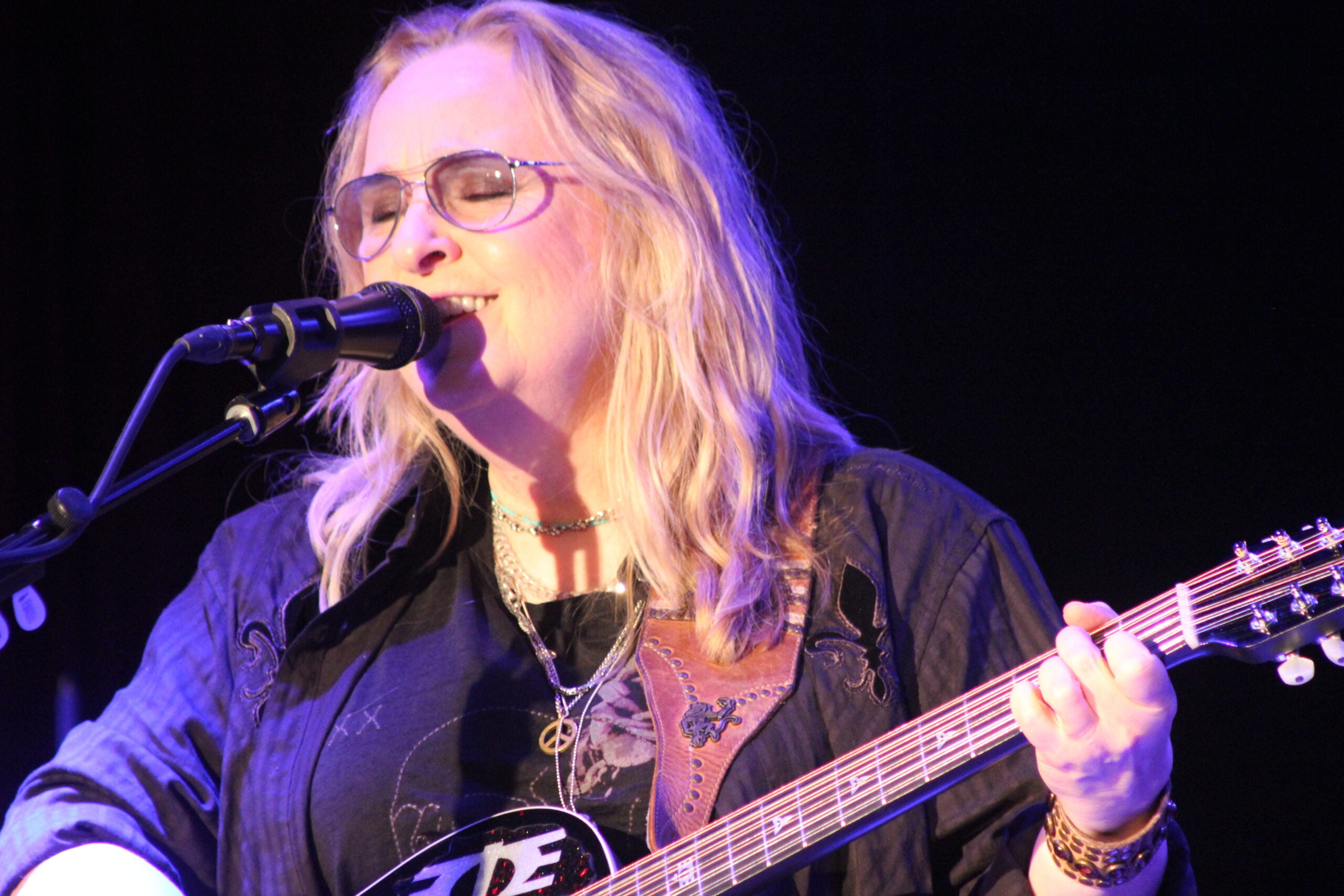 It takes a special performer to get up on stage by themselves and command a room for close to two hours. It takes a really special one to make it look as easy as Melissa Etheridge did at City Winery Sunday night, in her first of four shows there this week.

“This is farm-to-your-ears music,” the platinum-selling Grammy winner announced to a clearly adoring and attentive crowd Sunday, promising a dip into her catalog that would allow her to “paint the songs all over for you,” entirely by her lonesome. And that she did, in turns attacking and massaging both her hits and deep cuts to make them seem all the more warm and personal — and, in some cases, all the more riveting and heartbreaking.

What made the evening even more special to the local crowd was Etheridge’s clear affection for Boston, which she’s referred to as her “first city” in reference to her brief time at Berklee College of Music in the early ’80s. Never a shrinking violet on stage — she’s notoriously chatty — Etheridge seemed to especially relish the opportunity to connect directly with the Winery’s intimate crowd, prefacing songs with warm, funny reminiscences of how and where they originated — including some that dated back to her time playing piano at Ken’s by George, a seafood restaurant across from the Hancock building.

“They fired me but I do not know why,” the LGBTQ+ icon winked to the crowd. “It might have been the clientele I was attracting.” (She also recalled busking at the Park Street T station: “I made seven bucks in an hour. That’s a living!”)

With a setlist that awarded the longtime fans most likely to have jumped at the chance to see her up close and personal, Etheridge leaned heavily on her early material, starting off with a gripping acoustic rendition of “Angels Would Fall” off 1999’s underrated “Breakdown” album. From there it was on to a riveting, plaintive “Similar Features,” the first of four songs from her self-titled debut.

Amazingly, Etheridge’s powerful, gravelly voice hasn’t degraded in the slightest, save for a few craggy moments that suited the underlying pain in the lyrics — most notably on the searing “Watching You,” “a song I actually wrote about Boston,” she noted, adding, “Poor choices make great songs.” And this version was undeniably great, a smoky, desolate take that benefited from a ragged maturity you didn’t hear when Etheridge first recorded it back in 1988.

“Watching You” was one of several songs that Etheridge enhanced via “looping” — taping herself live on stage creating the percussion, keyboard and bass lines and then controlling those sounds via pedals as she performed the song live with her guitar. It takes a while and, full disclosure, is a bit of a momentum killer, as evidenced by the chit-chat that rose up in the crowd each time she worked her prep.

But the effect — on songs like “Chrome Plated Heart” and, especially, the wild closer “Bring Me Some Water” — was undeniably impressive, giving solo numbers the energy of a full-band rave-up. (And in some cases allowing her to play two guitars at the same time — even Jimi Hendrix couldn’t do that.)

That said, Etheridge was equally mesmerizing without any accouterments — in particular during two notable turns on solo piano, first on a moving “The Letting Go,” a standout from 1992’s “Never Enough,” and then on a cover of Joan Armatrading’s “The Weakness in Me,” an anguished, unfaithful lover track that proved well-suited to Etheridge’s jagged vocals.

And of course Etheridge’s turns at guitar were predictably stunning — she brandished at least four of them, five if you include the bass, sometimes switching from acoustic to electric mid-song to lose herself and the crowd in intricate, emotional solos.

Unfortunately, though, Etheridge apparently subscribes to the idea that you should always leave ’em wanting more — as silly as it seems when artists pretend to end the show only to come back for an encore, it would have been a welcome development Sunday night. After an hour and 45 minutes of solo mastery that ruled the small City Winery space, it was impossible not to be disappointed when the house lights came up.

All the more reason, perhaps, to catch one of the remaining three shows in Etheridge’s short local residency. “A completely different show every night!” she promised before leaving the stage. “Well, mostly different.”

Stay up-to-date on the Music Club

Catch up on the latest discussions and performances from local musicians in your inbox.

Where you can stream The Great American Baking Show:…