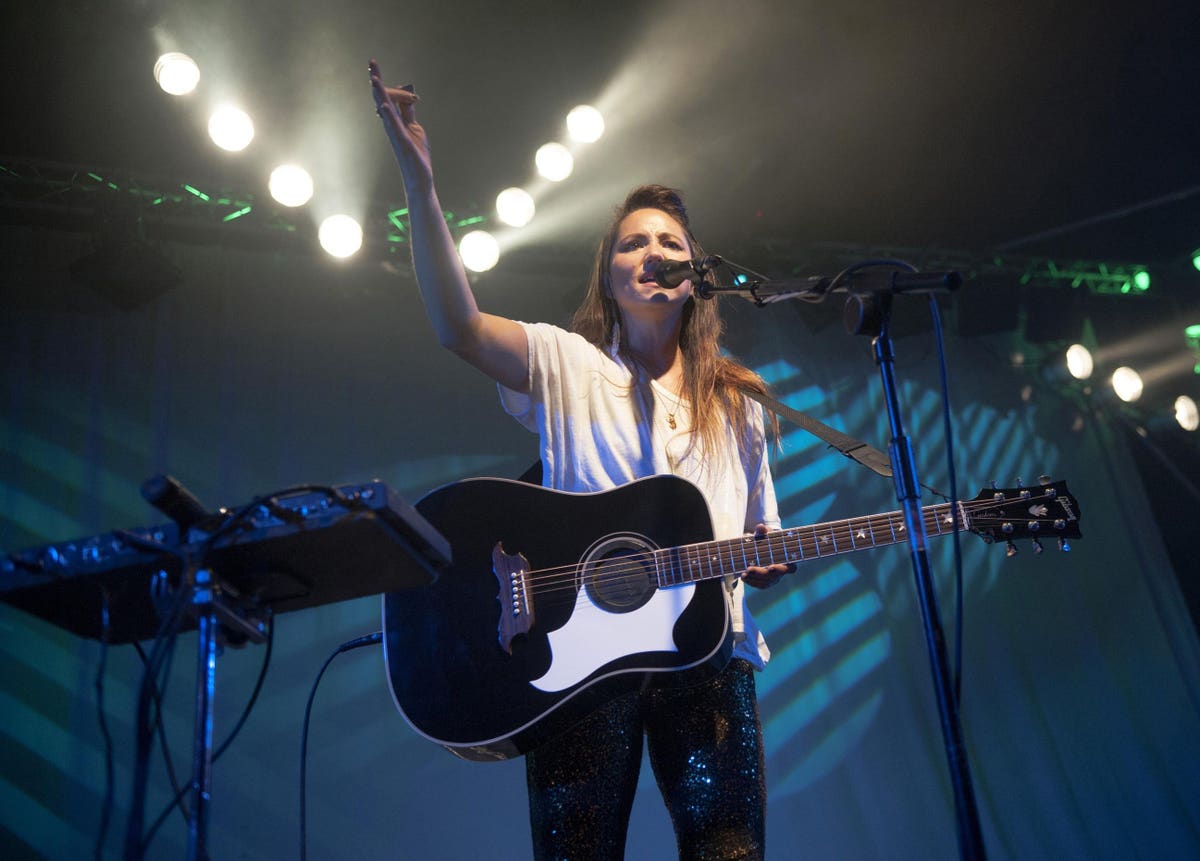 Metallica are offering online courses so that fans can learn how to play a number of their most famous songs.

It is part of a partnership with interactive music education platform Yousician.

“Play like Metallica, with Metallica” is the tagline on the Yousician site and there are three different courses on offer.

James Hetfield and Kirk Hammett from the band will explain how they play, respectively, rhythm guitar and lead guitar on 10 different Metallica tracks, including “Enter Sandman,” “Nothing Else Matters,” “One,” “Fade to Black,” “Master of Puppets” and “Welcome Home (Sanitarium)”.

They talk through the basics and drop in tips on their playing technique.

The difference with Yousician and a straightforward YouTube tutorial is that it uses AI technology to give feedback in real time on how well (or not) a player is learning what they are being shown in the tuition videos. Think of it like a much more advanced version of Guitar Hero.

A number of (official and licensed) online tutoring services and apps for aspiring musicians already exist, notably from major instrument brands like Fender and Gibson; but they tend to have skilled musicians leading the lessons rather than the musicians who made the celebrated recordings. They lack “star appeal” but also will not necessarily reveal all the esoteric tricks that contribute to a performer’s unique style.

The Metallica/Yousician partnership is not, however, the first time famous musicians have offered formal tuition for fans.

Back in 2007, record labels EMI and V2 worked with the short-lived Now Play It series where a number of performers signed to the labels, including KT Tunstall, Graham Coxon of Blur and Gas Coombes of Supergrass, showed how they played on past recordings.

Now Play It provided online classes – running from between 15 minutes and 40 minutes – and charged £3.99 for each one, although a shorter/basic version could be bought for £1.89. On top of this were videos featuring professional tutors instead of the musicians who played on the original recordings. The site did not take off and was quietly closed.

There are a multitude of user-generated online tabulation and tuition sites online where, sometimes, the acts involved (or their music publishers) let them continue as they are seen as being niche and driven by fandom rather than any burning desire to make money from IP that does not belong to them.

Some have secured licenses to be able to continue, while others have been shut down over the years or have voluntarily folded out of fear of being sued.

Having the musicians themselves showing how they play is a major draw for audiences, with fans being allowed behind the curtain for the first time.

One draw for the musicians is, in part, being able to address all the incorrect videos and tabs online that get the performance slightly, or majorly, wrong.

The biggest draw for musicians, however, is that they can monetize this part of their career.

Only certain acts will have an audience big enough to justify putting the time and money into making these videos; but for those who do, it could prove a solid income stream, especially for those whose music has passed down through the generations.

Naraka: Bladepoint devs “not at all” concerned about losing out on sales with Xbox Game Pass launch

Tim Hortons’s title sponsorship of Brier to end after…

I was nearby for one of the many US gun massacres. ‘Thoughts…