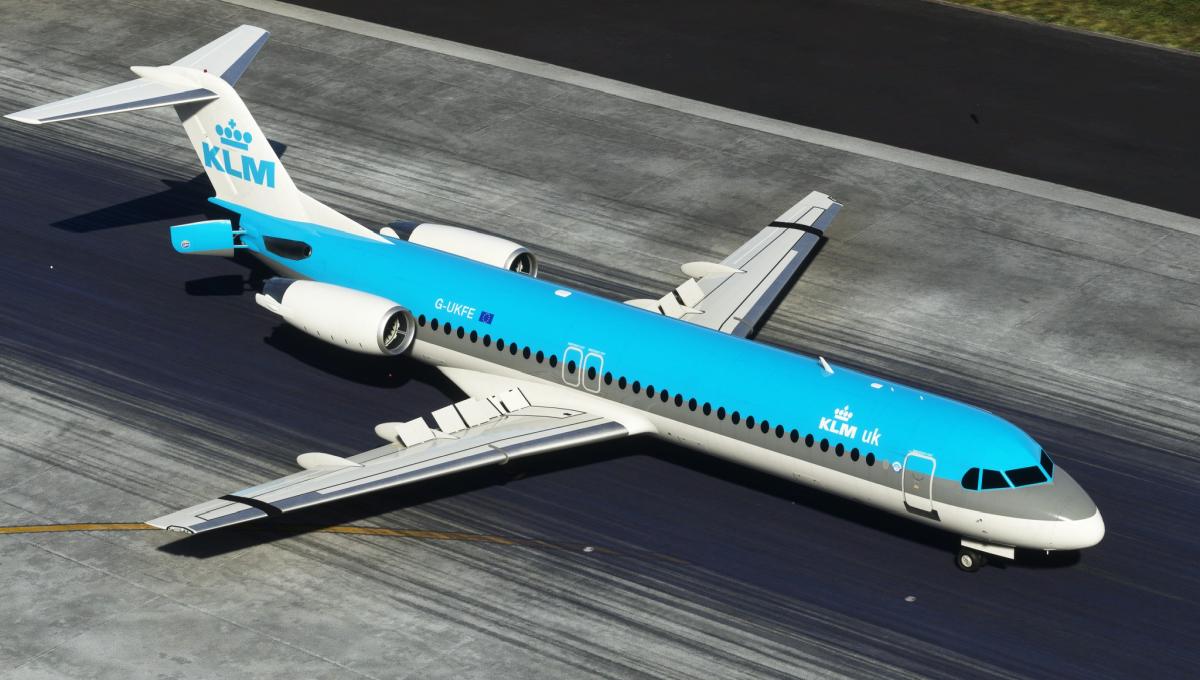 We start with Just Flight, which announced that it will release the Fokker 100 and Fokker 70 following the older Fokker F28 Fellowship.

Below you can read the announcement and enjoy the first screenshots.

“Just like in real-life, we will be following development of our Fokker F28 Fellowship for MSFS with its younger brother, the Fokker 100 and shortened Fokker 70. Built with incredible detail to take full advantage of the MSFS platform, the exterior and cockpit modelling and texturing work is progressing very well, and we are aiming for a 2023 release.”

Pacific Island Simulations has made progress on its Incheon International Airport (RKSI), which serves the capital of South Korea, Seoul.

“It’s been over a month since last update so here we go. Concourse architectural interior done from scratch including kiosks at various gates. We’ve dug a few road tunnels, added drainage systems, and included new taxiways and parking lots from latest airport charts. We are now concentrating on T1 and T2 interiors. We’d like to thank everyone for your patience while we continue into the final phase of the RKSI MSFS project.”

Next is Jetstream Designs, which provided an update and new screenshots for its Palermo (LICJ), Lampedusa (LICD), and Pantelleria (LICG) airport package set in southern Italy. The airports will be available both in a bundle and with individual airports.

Lastly, Just Flight released a new trailer of the upcoming César Manrique-Lanzarote Airport (GCRR) in the Canary Islands, which was announced yesterday.

It will cost €16.95 and it will come with the following goodies.

Thousands of householders face paying an extra €9,000 on…