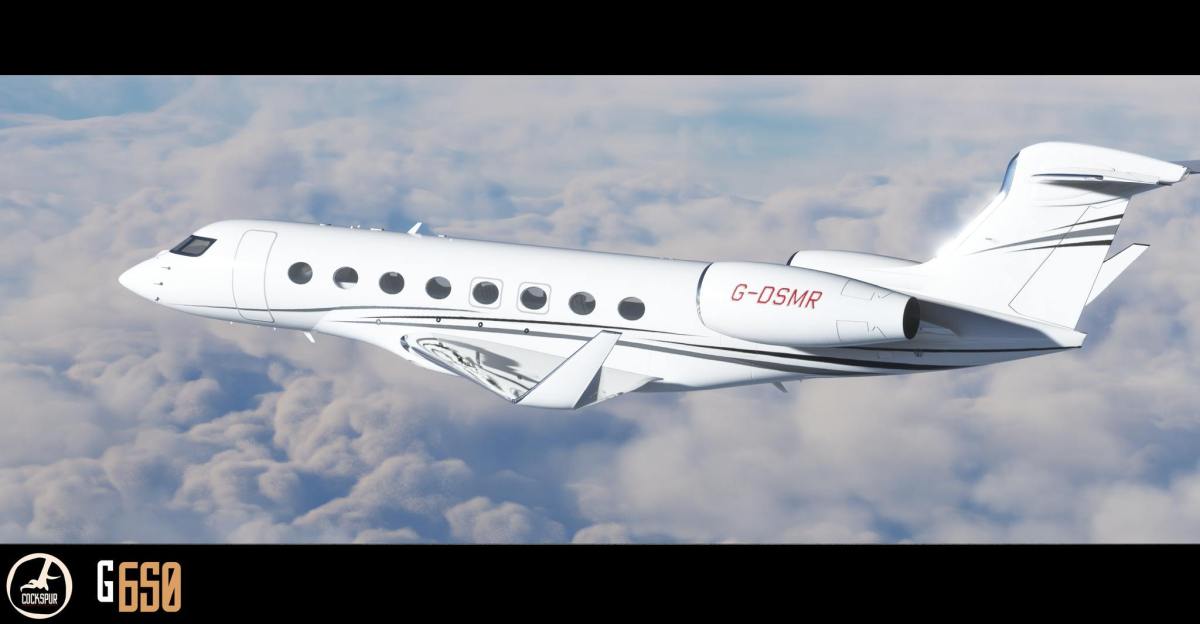 We start with an announcement from Cockspur, which will release a Gulfstream G650 made by an indie developer. It’s coming “very soon” and more info has been promised “shortly.”

While we wait for that, you can check out a single screenshot below.

Earlier this year, the developer announced the “Tibet Journey” package, and it’s likely that this is part of it.

Another announcement comes from Tailstrike Designs, which finally shared a release date for Václav Havel Airport Prague (LKPR) in the Czech Republic.

It’ll include the following features and it’ll come on Dec. 5 on Aerosoft’s store.

A rather big surprise release comes from a collaboration between two developers, AmSim and Beautiful Model of the World. It’s Seattle–Tacoma International Airport (KSEA) in the United States.

It’s available on Orbx Direct for $22.67 and it comes with the following features.

While it’s always nice to see new airports, unfortunately, Beautiful Model of the World has put on hold its previously-advertised all-access program which promised unlimited access to all of the developer’s airports present and future for a one-time payment of €32.

Several months ago, the developer stopped delivering its airports to subscribers citing the interruption of PayPal services due to its location in Russia, but continued releasing them separately on the official marketplace, Orbx Direct, and SimMarket, causing widespread malcontent among those who have already paid for the promised service but aren’t receiving it anymore. At the moment, the developer says on its site that membership will be “available soon” but there is no information about when or how.

Last, but definitely not least, we get another beautiful release from Northern Sky Studio, which launched Juneau International Airport (PAJN) in Alaska, United States.

It’s available on Orbx Direct for $17.79 with the following features.

Microsoft Flight Simulator is currently available for PC (Windows 10 and Steam), and Xbox Series X|S. If you want to read more about it, you can check out our review.

DualSense Edge Review – Is It Worth Buying?