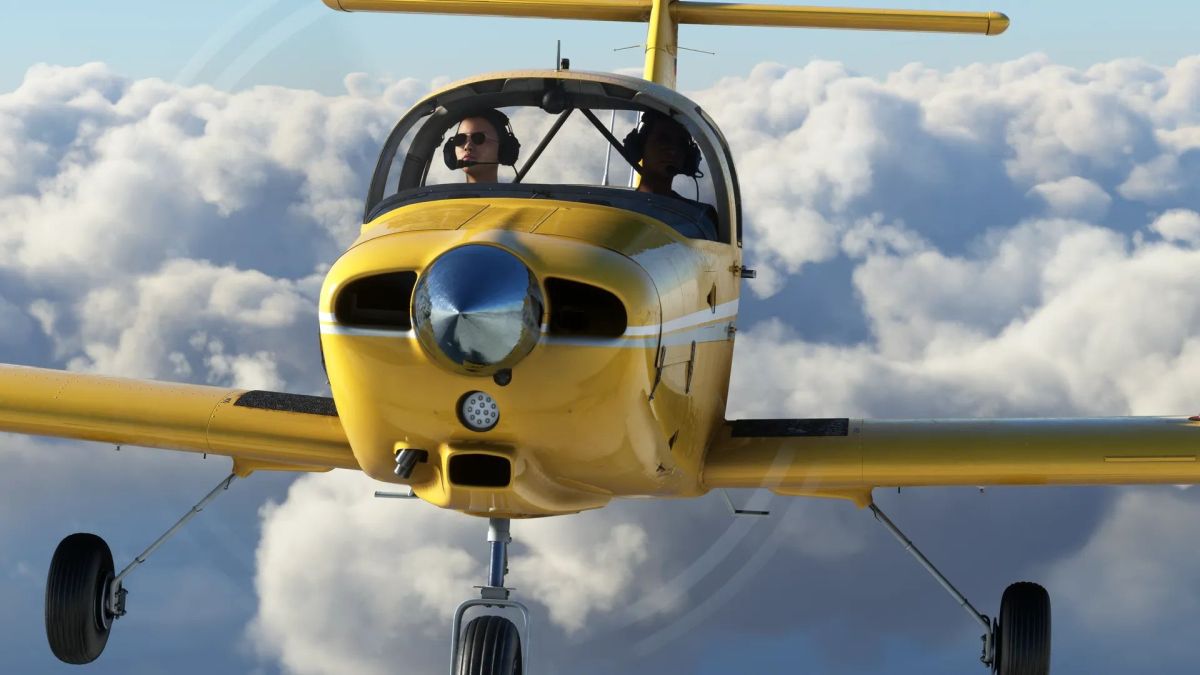 Today third-party developers had a few reveals to share about upcoming aircraft and airport add-ons for Microsoft Flight Simulator.

Today third-party developers had a few reveals to share about upcoming aircraft and airport add-ons for Microsoft Flight Simulator.

First of all, we get to see new screenshots and a development update for Just Flight’s Piper PA-38 Tomahawk.

“Alongside the much larger and more complex 146 Professional, our development team have also been busy working on the next GA aircraft to join our MSFS fleet – the PA38 Tomahawk, here’s the next update for you.

As with our other MSFS aircraft, the Tomahawk has undergone an extensive upgrade to bring it up to the latest MSFS standards, especially in the areas of modelling and texturing. Work on those areas is very nearly complete as shown in these screenshots, with the focus now shifting to the systems coding, flight dynamics and sounds. Our testing team, including real-world Tomahawk pilots and instructors, have been evaluating all those visual upgrades whilst our sound artist recently spent the day recording a real Tomahawk for the brand new Wwise sound set. It might not be as complex as a 146 but there is still a lot of work and attention to detail required to bring you our best GA aircraft yet!

Please note that default radios are shown here, which are to facilitate testing whilst we work on our custom avionics.”

We also hear from FSimStuduos, which is planning to release Edmonton International Airport (CYEG) at some point in June.

As one of the busiest airports in Canada, it’s certainly welcome, even if we did not get to see any images just yet.