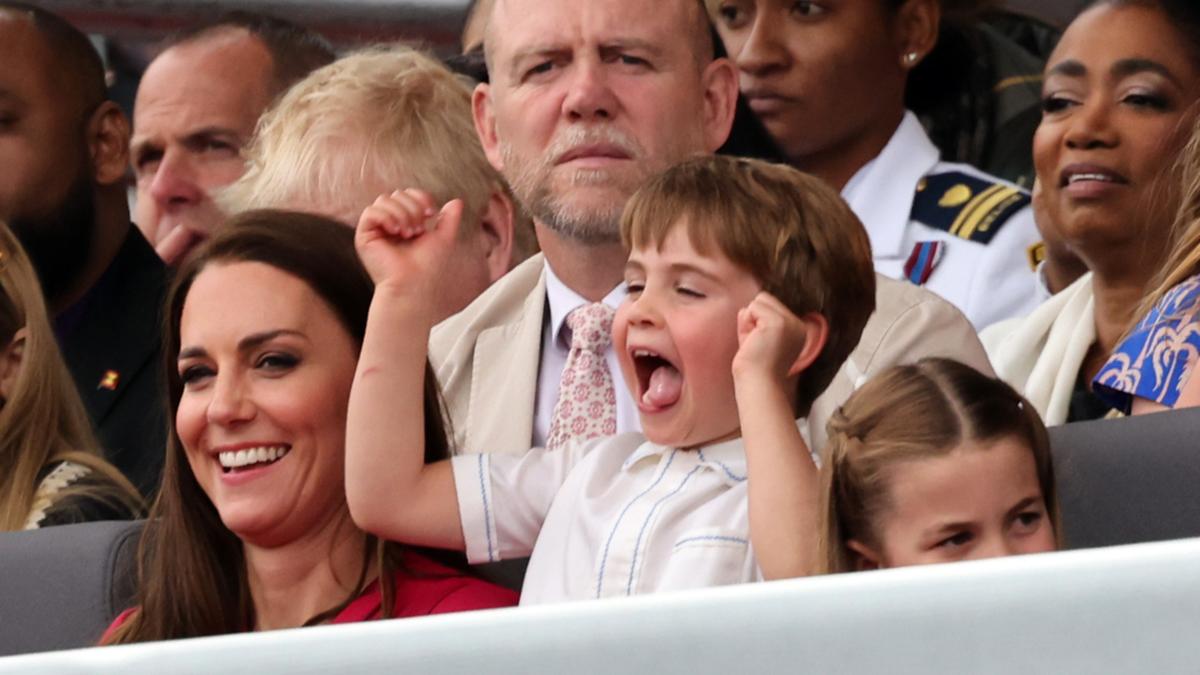 It was the adorable royal moment which was one of the highlights of the Queen’s 70th jubilee.

A four-year-old Prince Louis pulling faces and jumping on his grandad’s lap at the Platinum Party at the Palace.

And now, Mike Tindall has revealed what went on behind the scenes in the royal box for the star-studded music festival.

Speaking on his podcast The Good, The Bad and The Rugby, Tindall told how Louis was full of energy as his parents tried to keep him seated for the three-hour concert with his siblings and cousins.

“Louis he just wanted to have fun and my two are always mischievous so it was just trying to keep a lid on.”

Tindall said lollies could be held responsible for making the children even more energetic in the royal box, leaving the parents to deal with the aftermath.

“There were a lot of sweets out back though so they had complete sugar highs,” he said.

“It’s tough for them, they’re all young, sitting there from 2 til 5pm it’s a long time so as parents you just do what you have to do.”

Tindall also revealed the royals also had a “cousin’s lunch” before the jubilee celebrations began, which was one of his highlights of the weekend.

It is unclear whether that included both Harry and Meghan and William and Kate, who were not seen together in public during the entire duration of the festivities.

Footage from the concert showed Princess Charlotte, Prince Louis and their cousins fighting over a bag of sweets.

Louis was also seen poking his tongue out at his mum, the Duchess of Cambridge and sitting on his grandad Prince Charles’ lap.

The display, in full view of the television cameras filming the event, drew a mixed response from viewers, with some dubbing it Kate’s most relatable parenting moment.

However, some royal watchers criticised Prince William and the Duchess’ parenting methods.

“At what point do we go from ‘wow, what a relatable toddler moment’ to ‘wow, you have no control of your children?’ Because that video is (cringe emoji),” one internet user wrote.

Others thought his behaviour was “out of control” and another, Miminet, who wrote: “A 4 year old can understand what is good and bad behaviour and most know how to behave appropriately to an adult figure like their mom. Covering her mouth and making faces at her while she’s trying to speak? How can he learn anything like that.”

This Is What Republicans Were Talking About During The Jan. 6 Committee Hearing