Milk prices are going up for second time this year 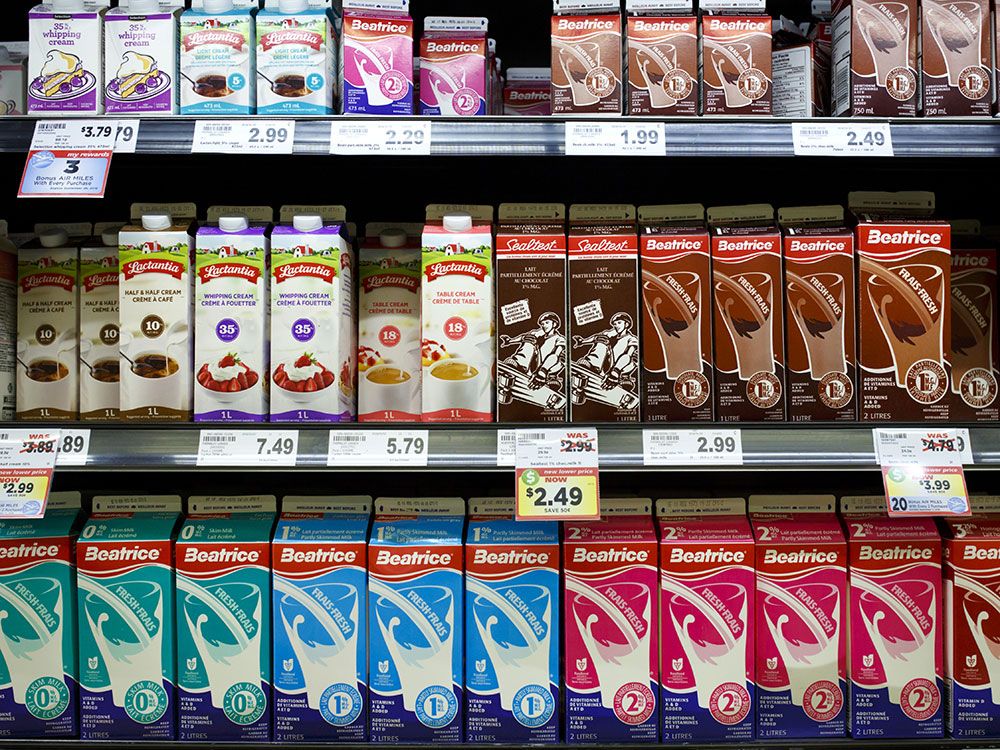 The Crown corporation in charge of Canada’s milk supply will raise prices for a second time this year after farmers called for more money to make up for a spike in the cost of everything from fuel to livestock feed.

The Canadian Dairy Commission (CDC), which sets the “farm-gate” price that farmers receive for their milk, will hike prices by 2.5 per cent on Sept. 1, according to an announcement on June 21. That works out to an extra two cents or so per litre for the manufacturers who turn milk into dairy products such as cheese and yogurt.

The added cost at the farm level is likely to work its way through the supply chain and end up on grocery bills and restaurant cheques, at a time when food inflation is already the highest it’s been since 1981. Saputo Inc., a top Canadian dairy processor, has already signalled plans to meet any CDC price increase with an increase of its own.

But the 2.5-per-cent farm-gate increase was actually lower than many expected, considering the unprecedented increase in the cost of producing milk. Still, critics took issue with the CDC’s secretive decision-making process that led to the increase.

“Milk is a vital product for families and so we are legitimately concerned with the notion of having two dairy price hikes in rapid succession within one year,” said the Retail Council of Canada, a lobby group that represents grocery chains.

It’s uncommon for the CDC to increase prices twice in the same year — the last time it did was in 2018. And this year’s double-dip is particularly interesting because the first increase was historically high, at 8.4 per cent in February. But the commission said farmers’ expenses have shot up since then. That is due in part to Russia’s invasion of Ukraine.

The conflict has tightened global supplies of fertilizer and fuel and destabilized one of the world’s key bread baskets. All that has led to higher prices. Fertilizer costs alone jumped more than 90 per cent in May, compared to the same time last year, according to Statistics Canada’s Industrial Product Price Index. At the same time, dairy cattle feed went up 26 per cent, gasoline for equipment increased by 69 per cent and diesel increased by more than 101 per cent.

Those aren’t the only added costs. John Koch, an Eastern Ontario dairy farmer, used to spend about $800 late last year for a drum of iodine to disinfect teats before and after milking his herd of 300 Holstein cows. This spring, the same drum costs $1,350, he said. Even the liners that go in each milking machine are up more than 50 per cent. Plus, he spent about $40,000 per load on four trucks of fertilizer to plant the corn he feeds to his cows. Last year, it was around $12,000 per load.

With prices for grain on the rise, it’s starting to make less sense to be feeding his crops to cows at all.

“Sometimes it almost makes you feel like getting rid of the cows,” said Koch, who co-owns DH Koch Dairy with family in Saint-Pascal-Baylon, Ont. “I’d be making almost more of a profit if I sold my cows and just did cash crop.”

The Dairy Farmers of Canada asked the CDC for a mid-year increase in May, but the lobby group wouldn’t publicly disclose how much it actually wanted. The group has suggested dairy farmers are being unfairly singled out for the price hikes, even though other food producers are also raising their prices in response to inflationary pressure. The difference for dairy farmers is they have to raise their prices publicly. That’s because dairy is one of three commodities covered by Canada’s supply management system — a controversial policy that protects the national supply of dairy, poultry and eggs by controlling production, blocking imports and setting farm-gate prices.

“Dairy farmers are not the cause of the unprecedented global economic turmoil plaguing all sectors of the economy, but have to adjust to the conditions like everyone else,” the group said.

In its announcement on Tuesday, CDC said retail prices for dairy in Canada haven’t risen as fast as other consumer goods such as meat and eggs. The latest consumer price index report found food prices increased by 9.7 per cent in April compared to last year, according to Statistics Canada. Dairy prices came in slightly lower than that, at 8 per cent, while the price of pasta and meat rose 19.6 per cent and 10.1 per cent, respectively.

Canadian dairy price increases have also lagged the United States and the European Union in the past year, the CDC said in a new document titled Frequently Asked Questions on the Price of Milk. But the commission also noted that its move to increase farm-gate prices is “only part of the price paid by consumers.”

“The net impact on consumers will also be influenced by factors such as transportation, distribution and packaging costs throughout the supply chain,” the CDC said, adding that the 2.5-per-cent increase will be deducted off next year’s price adjustment.

The commission’s board of directors decided to approve the request for a price increase after consulting with trade associations that represent farmers, dairy processors, retailers and restaurateurs. But those consultations are kept private, to make sure the industry reps “can share information that may be commercially sensitive.”

That concerns Simon Somogyi, Arrell chair in the business of food at the University of Guelph. Those consultations should be public, he said, especially since the CDC’s board of directors are dairy farmers. “If it’s not transparent, it gives rise to a whole set of issues related to (the board’s) links to dairy farms,” he said. “You’ve got a situation where there’s a significant perceived conflict of interest.”

The CDC’s board is currently two people: Chairperson Jennifer Hayes, a dairy and beef farmer in the Gaspé Peninsula; and CDC chief executive Serge Riendeau, who co-owns a dairy farm with family. Riendeau, however, was also the president of the major dairy processor Agropur for 15 years.

“The Board of Directors is supported on a daily basis by a strong team of experts and all sectors of the value chain are consulted before the board makes a decision on milk price,” CDC spokesperson Chantal Paul said in an email. “I can assure you that at the CDC, we are working for the entire industry across the country.”

The commission has already been under fire this year for a lack of transparency in how it manages prices. Federal Agriculture Minister Marie-Claude Bibeau wants that process to change. She wrote a mandate letter to Hayes, the CDC’s new chairperson, which the CDC released publicly on June 20. One directive called on Hayes to “review the approach used by the CDC on milk pricing decisions and ensure clearer and more transparent communication to Canadian consumers and dairy stakeholders.”