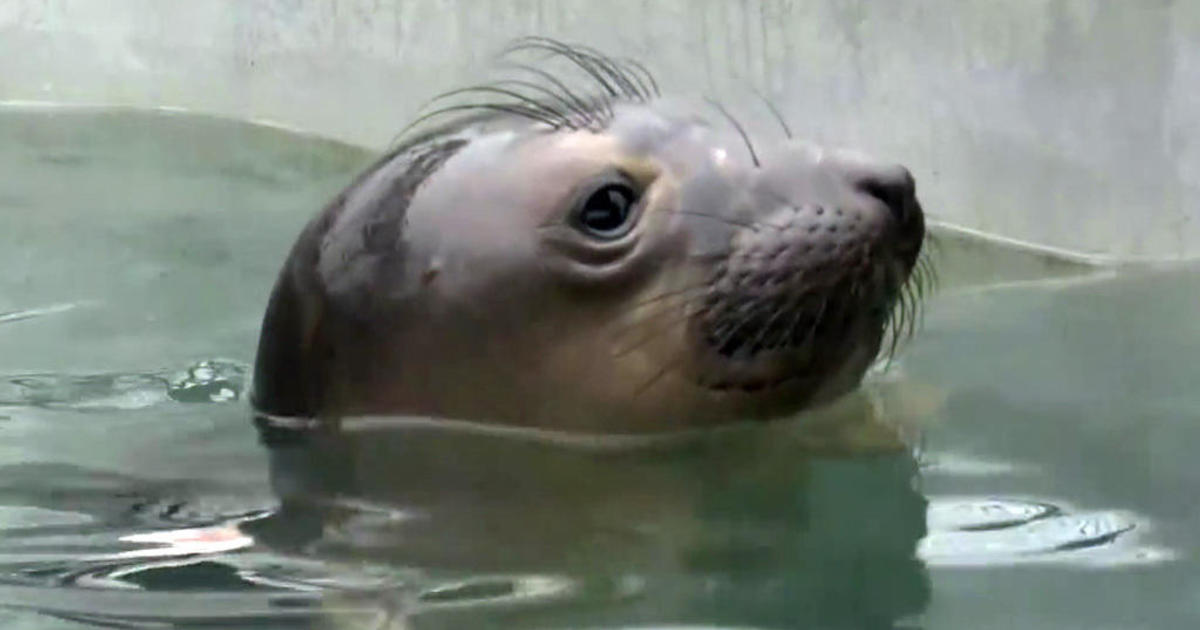 SAUSALITO – More than two years after it closed for the pandemic, The Marine Mammal Center is reopening to the public this weekend.  And while there are some changes for visitors, the mission remains the same.

“The elephant seal that’s in the pool is transitioning from being tube fed, basically like a fish mash smoothie, to eating a whole fish, sustainably caught herring, on his own,”  explained Giancarlo Rulli as The Marine Mammal Center went through it’s Friday lunch session.

The goal in this case is to get a seal to understand what a fish is, and how to eat it. So they move the fish around, trying to spark some foraging instincts.

“So it’s a really good sign for this young pup that it’s progressing through the stages of rehabilitation,” Rulli told KPIX 5 of the seal’s efforts. “Hopefully, then graduating to the point where when a volunteer walks into the pen we are just dumping whole herring and exiting the pin. Minimizing the amount of interaction and time we’re spending with these animals, with the goal to keep them wild and release them back to their ocean home.”

Most of these animals will, hopefully, be back in the wild in a couple of weeks. But some of them are barely that old when they arrive here and they take more effort.

“So these guys, just a couple weeks old. Most of the harbor seals we rescue are actually just a few days old,” said Adam Ratner, Associate Director of Conservation Education. “Some even come in with the umbilical cord still attached. So really fragile.”

And the reason most of them are showing up here is people, even those who aren’t deliberately trying to interfere. Some beachgoers simply get too close, and that can cause problems.

“People are really excited to see these animals,” Ratner told KPIX 5 of the stranding incidents. “But unfortunately, if they get too close they can scare the mom away. So these young pups, only a few days old, have been separated from their mom. We have to give them space. So if you see them out on the beach, take pictures, but use your zoom. Keep at least 50 feet away if you think an animal is sick or hurt, just get on the phone and give us a call.”

That kind of messaging is another big part of the mission here, and that resumes in full now that the center reopens to the public this weekend. There are new programs and the educational spaces have all been updated – but visitors will need a reservation.

Admission is still free, but the center is now asking people to book online ahead of time to better manage crowds.

Wilson Walker joined KPIX 5 in July of 2007. His television career started at WSOC-TV in Charlotte, North Carolina in 1999. There, he covered the departure of the Charlotte Hornets, The Rae Carruth case, and the devastating East Coast Ice Storm of 2002. He also spent three years in Sacramento with KCRA, covering California politics, the Hamid & Umer Hyat terrorism trial, and the Sacramento arena debate.

Automatic for the people: robots in the workplace