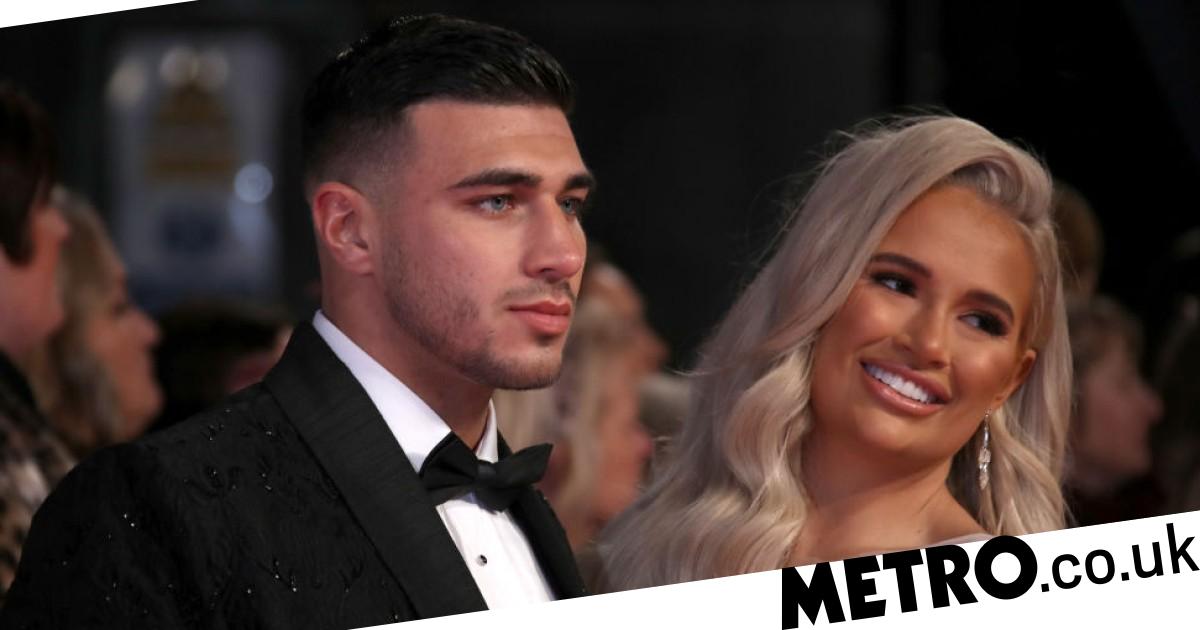 There could be wedding bells on the horizon for Molly-Mae Hague and Tommy Fury as the pair have reportedly been ring shopping in Dubai.

The pair, who have been smitten since meeting on Love Island in 2019, have gone the distance in recent months.

Having bought a mansion, gone on lavish holidays, spoken about marriage and kids and even sparked previous engagement rumours, it seems a big announcement could be on its way.

The couple have reportedly been seen checking out expensive engagement rings while on a recent holiday to Dubai, apparently discussing one particular six-figure rock.

According to The Sun, Molly-Mae and Tommy spent time at a jewelers where they spoke at length about a five-carat diamond engagement ring – costing a whopping £220,000.

A source told the outlet the young couple, both 23, spoke to staff for an hour about designing the ring, with Tommy reportedly joking ‘I’m just here to pay for it, mate.’

They said Molly ‘pretended to be upset’ before laughing it off, adding the couple ‘were lovely and charming and looked very much in love’.

Tommy, meanwhile, was reportedly insistent the ring should be ‘top-of-the-range.’

PrettyLittleThing brand ambassador Molly-Mae and boxer Tommy have often gushed over their life together, and have publicly revealed their hopes for the future.

Recently, Tommy revealed he’d like no less than a small army of children with Molly-Mae, admitting he’d love to have four kids with her.

However, he added that ‘it’s Molly’s body and she’s the one who has to go through it – but I’ll be there with her every step of the way.’

He added: ‘I don’t think it’s in the far too distant future.’

Tommy and Molly-Mae came second to short-lived couple Amber Gill and Greg O’Shea on Love Island, but have become one of the programme’s longest-lasting couples.

Metro.co.uk have reached out to reps for Tommy and Molly-Mae for comment.


MORE : Molly-Mae Hague caught up in huge queues at Manchester Airport amid travel chaos while jetting off to next destination


MORE : Molly-Mae Hague says sex life with Tommy Fury was ‘non-existent’ during ‘horrendous’ endometriosis battle: ‘It was just not part of our relationship’