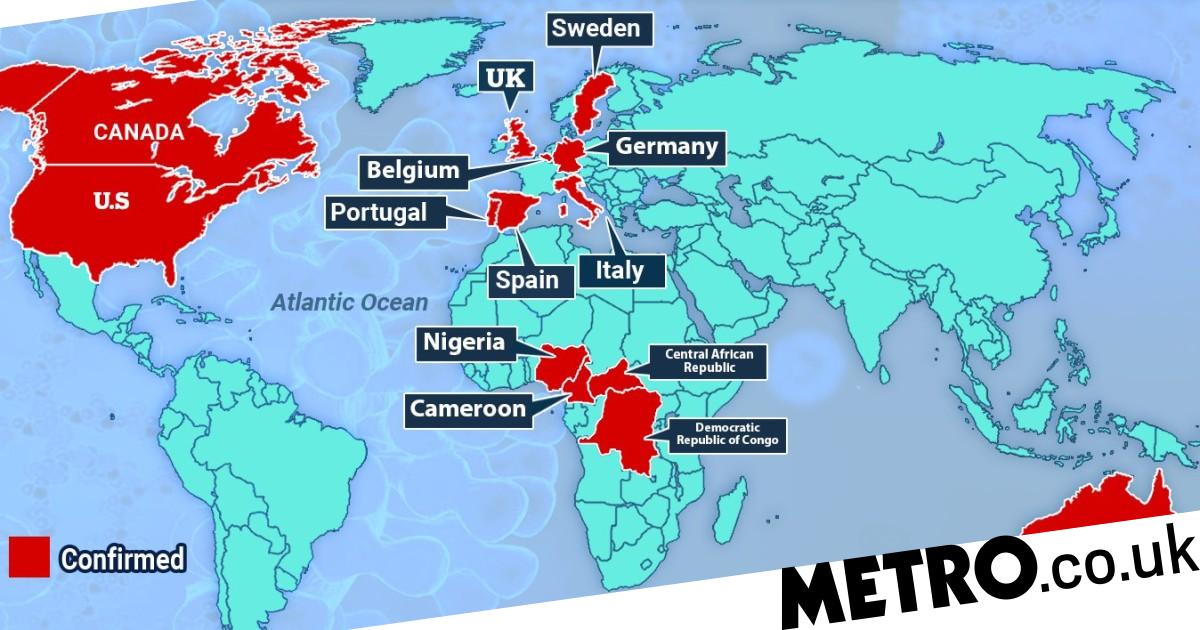 Monkeypox has spread to another two countries as a global outbreak continues.

Germany and Belgium have both confirmed they have detected cases of the smallpox-like disease.

The illness is rarely seen outside Africa but has been confirmed in the UK, US, Canada, Spain, Italy and more in recent weeks.

The UK Health Security agency has confirmed cases in the UK have more than doubled to 20.

LGBT+ males are being asked to be on the lookout for symptoms after infections were detected in men who have sex with other men.

Germany’s armed forces’ medical service confirmed it had found a single case of the ‘virus beyond doubt for the first time in Germany on May 19 in a patient with characteristic skin lesions’.

Belgian health authorities said they had confirmed two cases of the viral disease.

According to a Flemish broadcaster, both were found in different cities in men who had attended the same party.

There are another 20 suspected cases, 19 in the central region of Madrid and one in the Canary Islands.

Italy has also confirmed another two infections, taking the total in the country to three.

Health workers in the UK who have been exposed to the virus are being offered a smallpox vaccine.

Ministers have ordered 20,000 more doses to add to the small stockpile of 5,000 already held by the health service.

The first case in the UK was recorded in 2018 but, unlike several of the cases being identified in this outbreak, was linked with travel to an African country where monkeypox is common.

Scientists have confirmed the disease can pass from human to human via close contact with an infected person.

Monkeypox produces a similar to disease to smallpox but has a lower death rate, with most people making a full recovery.

A rash can also develop, usually starting on the face before spreading to other parts of the body. It eventually forms a scab which falls off.

Monkeypox does not spread easily and is not airborne like Covid-19, instead relying on people coming into close contact with an infected person or animal.

The Biennale of Contemporary African Art returns to Senegal