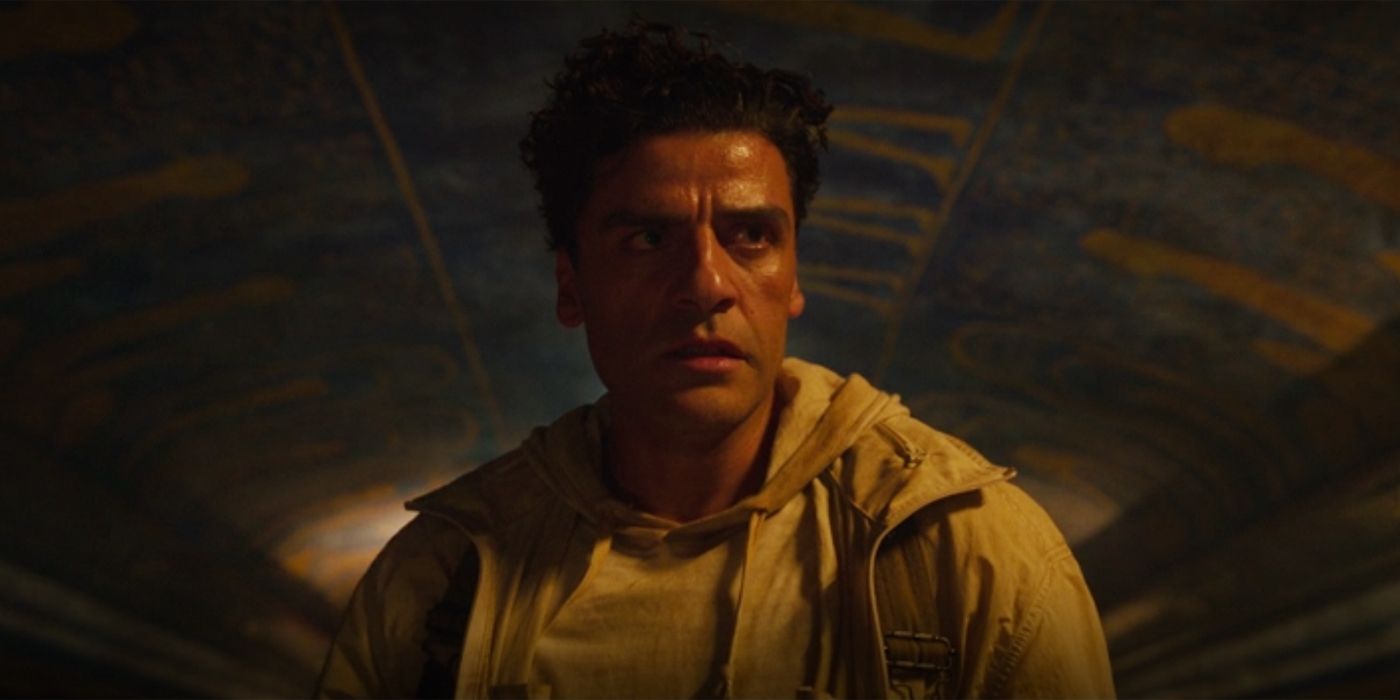 Moon Knight Episode 4, “The Tomb,” includes an Easter egg calling back to Moon Knight #1 from 1985, a six-issue miniseries starring the character.

In the episode “The Tomb,” Steven Grant (Oscar Isaac) and Layla El-Faouly (May Calamawy) discover the resting place of Alexander the Great, the former avatar for the Eqyptian god Ammit. The ushabti (a stone statue) keeping Ammit trapped was hidden inside of Alexander the Great’s body, but the ruler was also entombed with a metallic axe. After regaining control over his body from Steven, Marc Spector grabs the axe to fend off Arthur Harrow (Ethan Hawke) and his followers. As pointed out by Nerdist on Instagram, this axe references a weapon given to Marc in Moon Knight #1 from 1985.

Towards the beginning of the miniseries written by Alan Zelenetz with art by Chris Warner, the hero is given a variety of tools from the Priests of Khonshu, labeled as “weapons of great antiquity.” Along with the Golden Ankh, Ivory Boomerang, wristbands, throwing irons and a bola, the weapons include a “lasso-grapple” that appears to be the inspiration for the axe seen in the Disney+ show. However, aside from crescent darts and Escrima sticks, the hero has yet to be seen using any other weapons from Marvel Comics while suited up as Moon Knight/Mr. Knight.

A callback to Marc’s lasso-grapple was not the only element of “The Tomb” inspired by the hero’s comics. Director Aaron Moorhead revealed that a touching moment between Marc and Steven in the episode was pulled from writer Jeff Lemire’s Moon Knight run, specifically when the two identities hug each other. Though the show does not have Marc suited up as Mr. Knight or Steven brandishing a dapper suit, the color schemes of their respective wardrobes reflect the artwork shown during the moment in Moon Knight #9, which is illustrated by artists Wilfredo Torres, Francesco Francavilla, James Stokoe and Greg Smallwood.

As of writing, Moon Knight still has two more episodes to release in its first season, which may remain as a limited series. “The Tomb” left off with Marc and Steven coming face to face with the Egyptian goddess of fertility and rebirth, Tawaret, while also teasing another identity for the hero. There has been no word on whether Moon Knight will introduce the identity of Jake Lockley, but the show has teased that someone other than Marc and Steven took the reins of their body to kill some of Harrow’s followers.

If you care about Australia’s future, care about declining home ownership