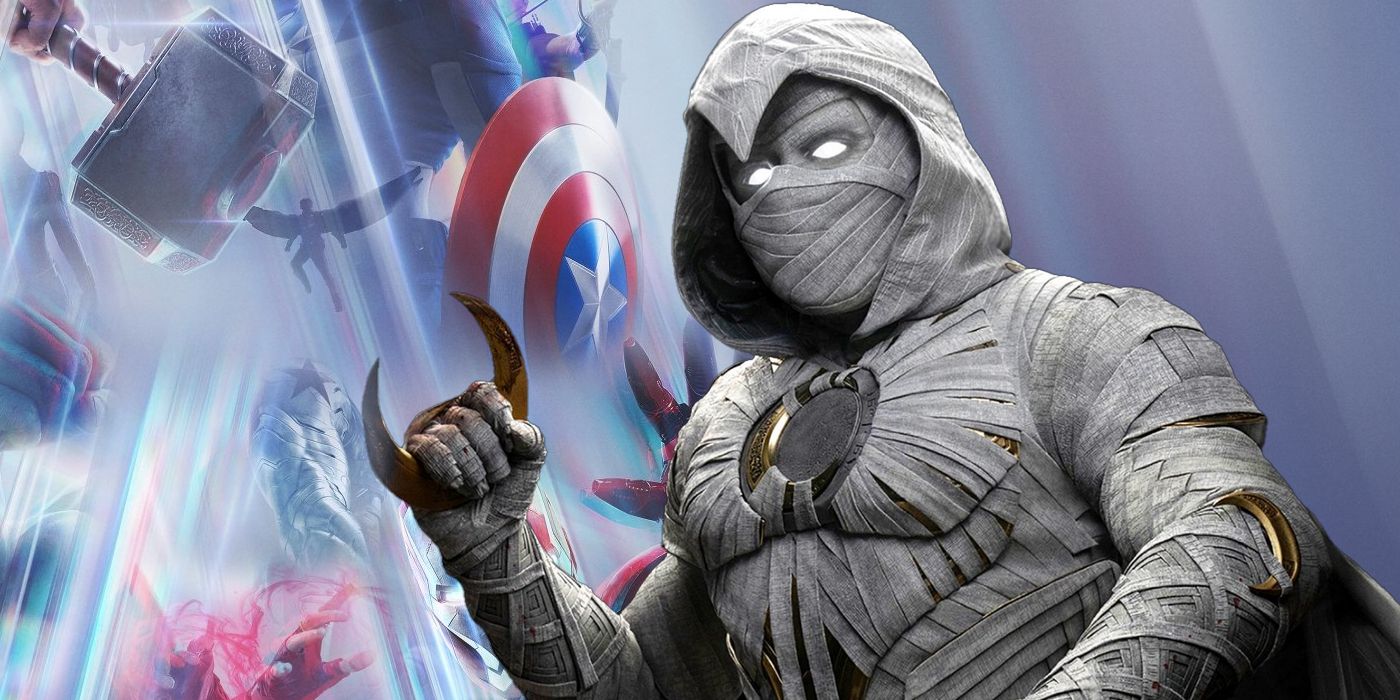 The Marvel Cinematic Universe has spent over a decade creating amazing locations based in reality and the many worlds from the comics. But while some scenes get filmed on location, there have been instances where there needed to be a set. In fact, for larger sequences, and due to the risks of COVID, green screen is becoming the norm. However, while this has had mixed results from the fanbase, there’s no denying that the Disney+ shows, including Moon Knight, have constantly maintained the franchise’s quality.

Beginning with WandaVision’s live studio audience and classic TV tricks to showcase magic, the Disney+ shows have taken the benefits of set building to a whole new level. The TVA also showed the creativity of production designers as they created a totally new environment that was reminiscent of ’60s art deco and semi-futuristic architecture. But Marvel Studios’ Assembled: The Making of Moon Knight took production design to a whole new level and showed the massive importance of detail in creating an environment. The first example came from the downtown Cairo set-piece, which came together in Budapest. Executive Producer Mohamed Diab explained that he wanted to get every small detail correct, and as a result, the extras that were there explained how it felt like Cairo even though they hadn’t been back in years.

While the creation of a realistic outdoor set from scratch is a feat in itself, it was one of many that Moon Knight creators worked on. Production Designer Stefania Cella worked on some of the largest set pieces in the series and worked hard to make the designs both realistic and a collaborative effort. One example of its range came from the massive Chamber of the Gods for the avatars of The Ennead. In the special, Stefania described how she wanted the Gods to appear massive in the background, which led to these giant busts of their heads. But she also got insight from Egyptologists and researchers to create a respectful and believable chamber. That’s why there were looks for the traditional looks of Gods and the animals they represented at the feet of those getting judged.

Alexander the Great’s tomb was another example of the detail in set design needed to make a fictional location feel like a real place. Not only did the tomb feature the weapons of Alexander the Great, but it was also a set brought to life by the community of Budapest, where the set got built. When painting the hieroglyphics for the tomb, Stefania also mentioned how she brought in art students to help tackle the Herculean task of creating the tomb. Ultimately, it proved to be an enlightening experience for the cast and crew and could get shown on screen in a location so unique it’s hard to tell if it was a real tomb or a set.

Aside from the impressive looks of each of the sets shown on Moon Knight, collaborative effort has been the foundation of Marvel Studios since 2008. One person may have an idea, but the open space to share ideas and get others involved makes the sets look and feel alive. Whether it’s a lab or an ancient tomb, there’s no doubt that each detail has been considered and looked over to bring something special to the fans. But Moon Knight has taken things even farther as it accomplished these feats while also offering proper respect and insight to the culture it’s based on.

Moon Knight and the rest of the Disney+ shows have proven that the building blocks of what made the MCU great are alive and well. While green screens are always helpful for big action scenes and otherworldly locations, it’s the sets that bring life to the characters. With its details and interactive bits, the actors and crew have more to work with to make even a supernatural superhero project feel realistic. Because of that, if anyone may feel that the MCU has lost its most important qualities, look no further than the shows that have brought the worlds of imagination into reality.

To see the wonderful production quality, Moon Knight is currently streaming on Disney+.

Save 20% on Argos garden furniture this Jubilee weekend