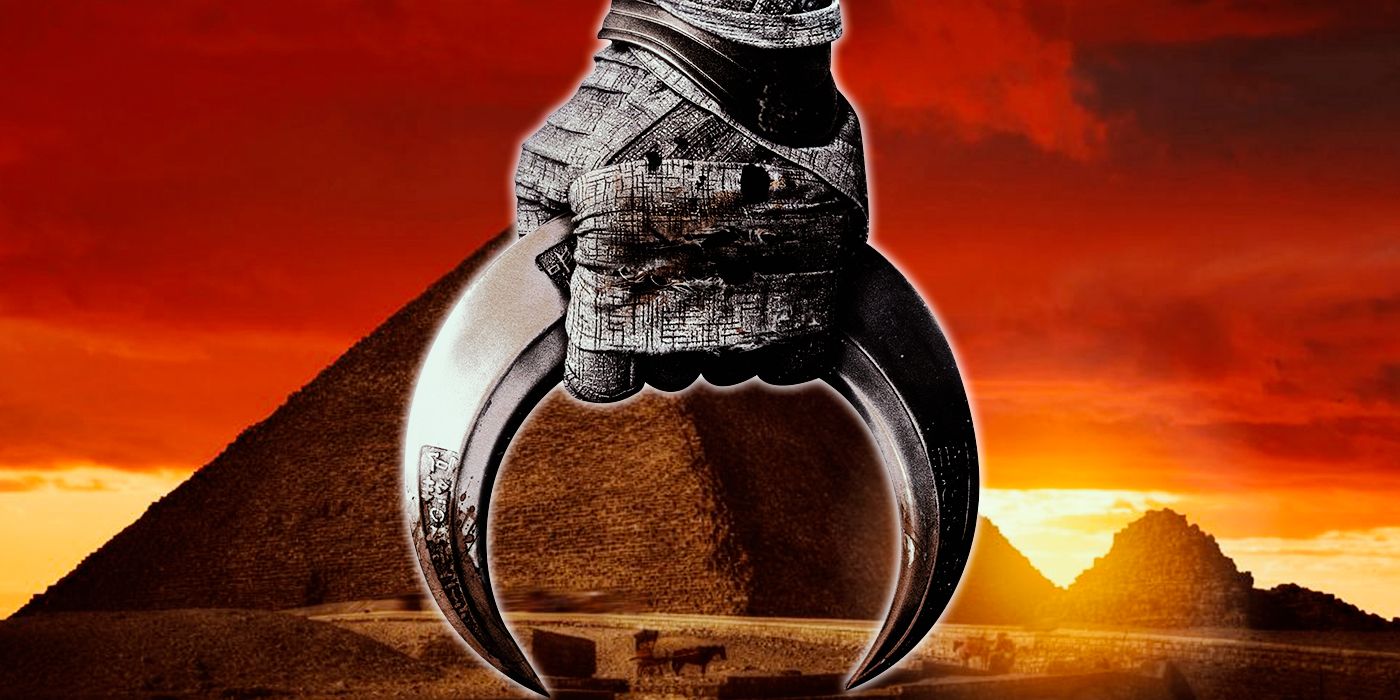 Moon Knight has given fans a glimpse at how the Egyptian Gods operate in the MCU — but in doing so, it may have alluded to a larger conflict.

Moon Knight has opened the doors of what’s possible in the Marvel Cinematic Universe with the introduction of Egyptian gods and the larger implications that would have. One example was shown when Khonshu and Steven Grant utilized their powers to change the stars in the sky to what they looked like centuries ago. However, this abuse of power later brought down the wrath of the other members of The Ennead, taking the power of Moon Knight from Marc Spector and getting Khonshu imprisoned. What happened in the show’s fourth episode may allude to an even larger situation ahead.

At the start of “The Tomb,” the ushabti in the shape of Khonshu was taken by Osiris’ avatar to a wall with a collection of other ushabti — likely other gods who overstepped their bounds. While the ones imprisoned couldn’t be seen, it’s possible they were the rest of the gods who weren’t seen during Arthur Harrow’s trial. If so, this would mean that some of the gods were very strict in their policy to never interfere with humanity. However, those imprisoned either couldn’t help themselves or chose not to follow in their footsteps.

While so many were trapped, they weren’t all that was left in the ranks that wanted to aid the humans in their own way. Hathor was another that agreed, or at least sided with Khonshu’s more proactive approach to humanity. Even when the final word was cast down to let Harrow go, Hathor’s avatar aided Marc and showed that there was at least one ally on the council. But with so many gods entrapped and apparent distrust among their ranks, what would cause such a huge level of dissension.

There are likely two reasons why some gods were entrapped while others weren’t. There may be others like Khonshu who would seek to maintain balance by any means necessary. This was why he had to cast such a massive illusion in the sky, risking his place on the planet: he knew Harrow’s victory would mean certain doom. However, just because some gods’ actions were selfless, this doesn’t mean that they were all entrapped for noble reasons. Other gods who sought to control the mortal world may have been trapped in an ushabti because they were far too dangerous to be let out into the open.

Those gods who have been imprisoned for nefarious reasons may still have followers among the Ennead. One example could be Hathor, who later became Sekhmet in the comics and an antagonist to characters such as Thor. However, unlike the gods of Asgard — who show mostly compassion for any beings not as strong as them — the gods of Egypt are far more self-involved and some of them are missing. The odds that all of them who were imprisoned were noble is unlikely.

That means there’s a strong possibility that war could be on the horizon if any of them were to escape. If any of the dangerous gods were to be freed, they would likely seek revenge for their sentencing. Furthermore, if they were to succeed in their plans and rule the Ennead, it would also spell danger for the world. With that considered, it’s clear that Khonshu and Marc need to maintain a strong relationship because they’re getting themselves into a dangerous situation — and are the only ones who could stop this potential conflict.

A new episode of Moon Knight releases every Wednesday on Disney+.

Sen. Elizabeth Warren: Democrats need to ‘get off our rear ends’ and address costs