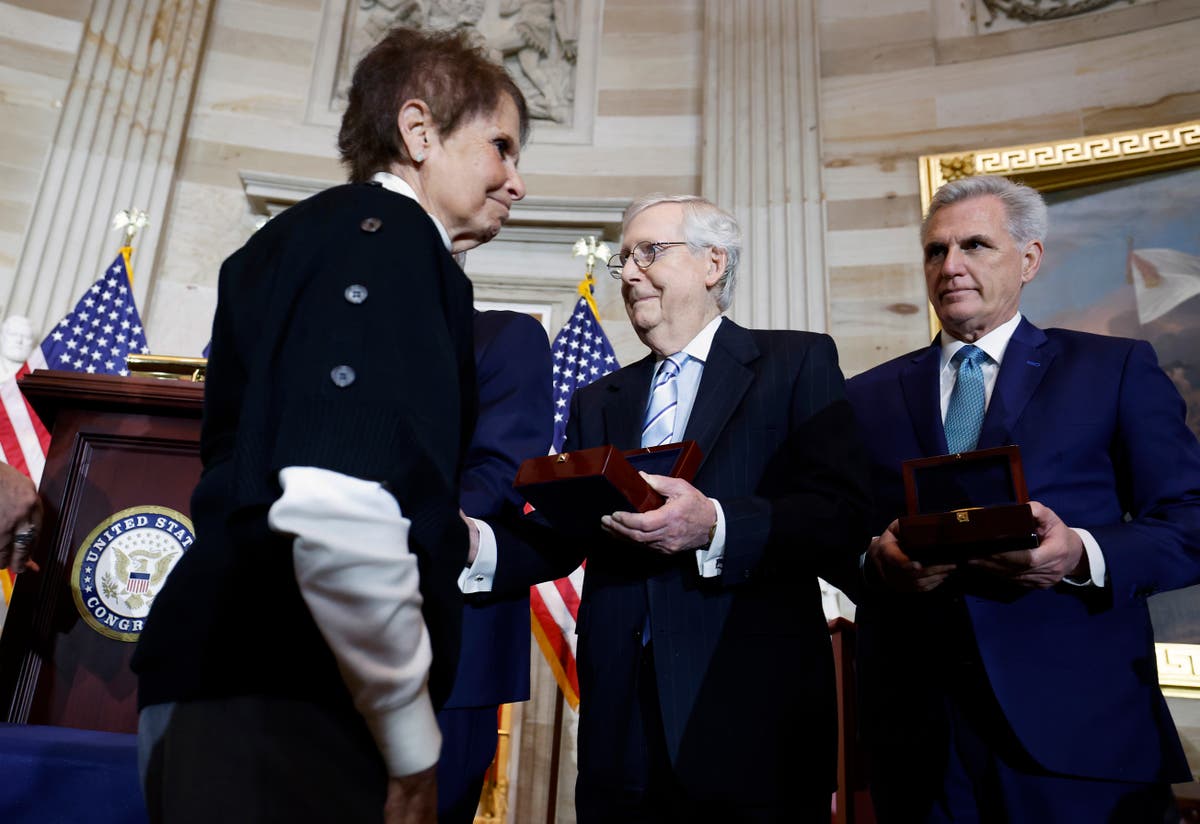 Get our free Inside Washington email

The family members of a fallen US Capitol police officer said they snubbed Mitch McConnell and other GOP leaders during a congressional gold medal ceremony not for partisan reasons, but because it was an “integrity issue”.

“We were talking about saying something and then we said, ‘No, I think the best way is to just ignore them.’ And we had no idea it was going to blow up like this. We just – we really didn’t. And I’m glad it did because I think it made them think about what they do,” Gladys Sicknick, mother of Brian Sicknick, said in an interview to CNN’s This Morning show.

“Just sitting in the senators’ offices and looking at the pictures of their families behind them and thinking, ‘You know, what do they do when they go home? What do they say to their children and their grandchildren when they go home? You know, what kind of country is this going to be? Do they really want them to live in a country of their making?’” Ms Sicknick questioned.

Craig Sicknick, one of the late officer’s brothers, said snubbing the lawmakers was not hard to do. “I really do not hold respect for people who have no integrity. Which is what – this is not a partisan issue, this is an integrity issue. They took an oath to defend and uphold the Constitution. And when somebody challenges it, like Trump, they do nothing.”

“Their silence is deafening. Or worse they keep perpetrating the same policies and lies that caused the insurrection to happen,” he added.

Gladys Sicknick and members of her family had on 6 December joined a ceremony to receive the medal from congressional leadership.

Her son Brian died after suffering multiple strokes a day after defending the Capitol from rioters on 6 January last year.

His family members were among several recipients of the honour, which broadly recognised law enforcement officers who protected the Capitol, its staff and elected officials after a crowd fuelled by Donald Trump’s baseless accusations that the 2020 presidential election was marred by fraud and “stolen” from him.

“I’m just tired of them standing there and saying how wonderful the Capitol Police is and then they turn around and… go down to Mar-a-Lago and kiss his ring and come back and stand here and sit with – it just, it just hurts.”