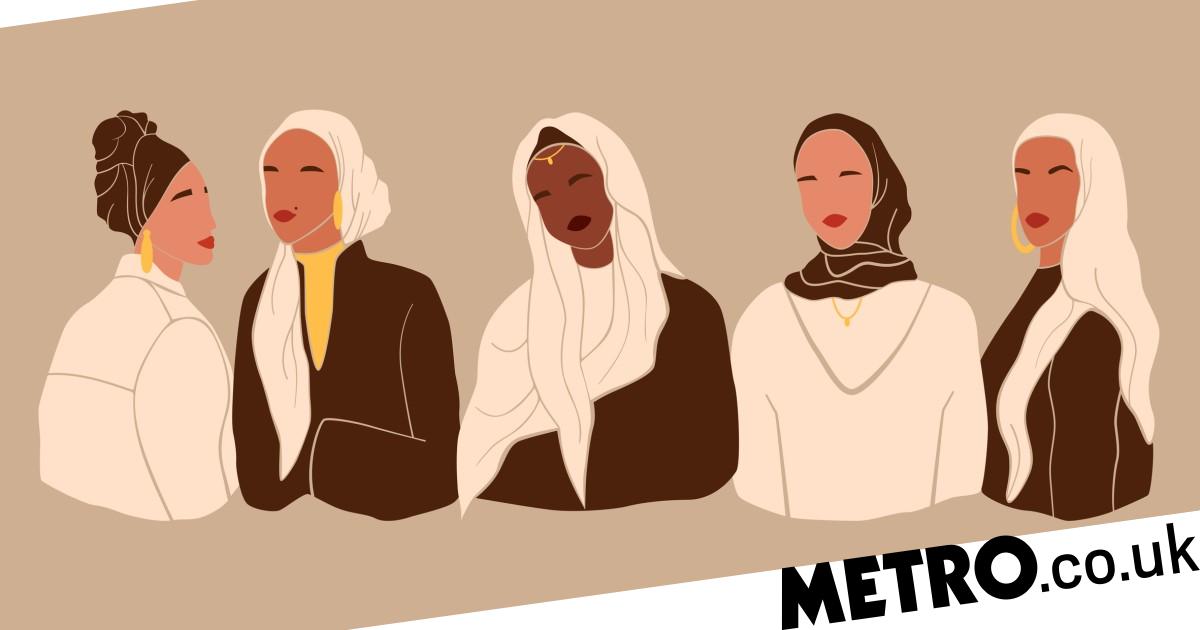 Nobody could quite believe it wasn’t the summer holidays yet and any semblance of learning had long been thrown out the window, melting under the illusive English sun along with the remnants of lunchtime slushies.

If you were in primary school, you’d probably get a huge TV wheeled into the hall to languidly watch Shrek and eat choc-ices, but us secondary students had the joy of a massive game of dodgeball.

It was the kind of thing where all the students in our year could be lumbered together while the teachers sat on the sidelines and dreamed of 3 o’clock.

As usual, I had deliberately got out early by thrusting myself into the firing line of an oncoming ball, courageously (and selfishly) letting it smack me in the stomach so I would no longer have to endure the hell that was extra PE on a hot day.

Year 10 me was an awkward amalgamation of two worlds colliding, as I was halfway through my transformation from a white-ish/brown-ish girl out of place in a predominantly white school, to fully fledged hijabi desperate for friends who would understand why I couldn’t come to that sleepover where boys were planning to sneak in through the window.

As I sat basking in my own undefeated talent to always get out of PE, a hijabi girl with an infectious smile that filled half her face came over to me. She said ‘hey’, then said she didn’t realise I was Muslim until she’d seen me in a hijab.

She added: ‘I’m looking for other people who want to pray too so we can ask Mrs Marley to give us a prayer space.’ Nobody else, she confided in me, had wanted to join her yet, other than a girl in the year above.

If this moment had happened in a film, the skies would have opened to pour syrupy sunshine over us to the chorus of angelic singing. But it was a dank sports hall in a Midlands school, so I just said ‘yes’ and the next day, the three of us met.

Praying every lunchtime side-by-side in the squished office our headteacher had assigned us, a bond blossomed that would endure for the next decade and beyond.

Like many Muslims I know, my last three Wednesday evenings have involved watching the latest episode of Ms Marvel, revelling in the joy of seeing our voice, faith and culture celebrated so unapologetically on screen.

While no representation is perfect, there’s so many things I’ve loved about the series so far – the inside jokes and the untranslated Urdu, the refreshing portrayal of Islam and the oh-so-accurate depiction of gossiping aunties.

But perhaps my favourite part of all has been watching the friendship between Kamala and Nakia: the beauty of it, the realness of it. How relatable it is.

Anyone who’s ever been a minority in a room will tell you that seeing someone like you in a sea of hostile faces feels like finding an oasis in the desert. And many of us can attest to the way being the odd ones out can cement a friendship in a millisecond that is every bit as strong as ones forged over years.

Friendships with people like us is something we don’t talk about enough.

Depictions of friendship groups in books and television shows feature people of all different backgrounds, as though the only idyll acceptable is to have a token from each religious and ethnic group around you at all times.

Perhaps it’s unfashionable to talk about this, but to minorities like me, having a friendship group made up of people who share your heritage, worldview, and understanding is a safe space comparable to therapy.

Just like in Ms Marvel, when Kamala instinctively translates ‘ammi’ for Kamran who softly reminds her that he knows what that means, or the scene where Kamala and Nakia rush to perform wudu from the same tap.

There’s a rare, blissful relief in not having to explain what that water vessel next to the toilet is or that you can’t see the movie at that time because it clashes with maghrib prayer.

Having people who understand that, of course you’re getting married despite having never lived together and no, you’re not going to go to the pub after work, can make people who are systemically marginalised in this nation feel less alone, more validated.

Witnessing that bond between Kamala and Nakia in Ms Marvel, strengthened by the fact they’re the only two Muslim girls in their high school, has me appreciating my own friendships with other Muslim women forged in situations of isolation or adversity.

How each time, from intense loneliness and alienation, a soul sister was formed.


MORE : When does Hajj 2022 start and why do Muslims do the Mecca pilgrimage?


MORE : I have been waiting my whole life to see a Muslim superhero like Ms Marvel on-screen