Music subscriptions ‘shrinking’ in the UK? That doesn’t smell right… 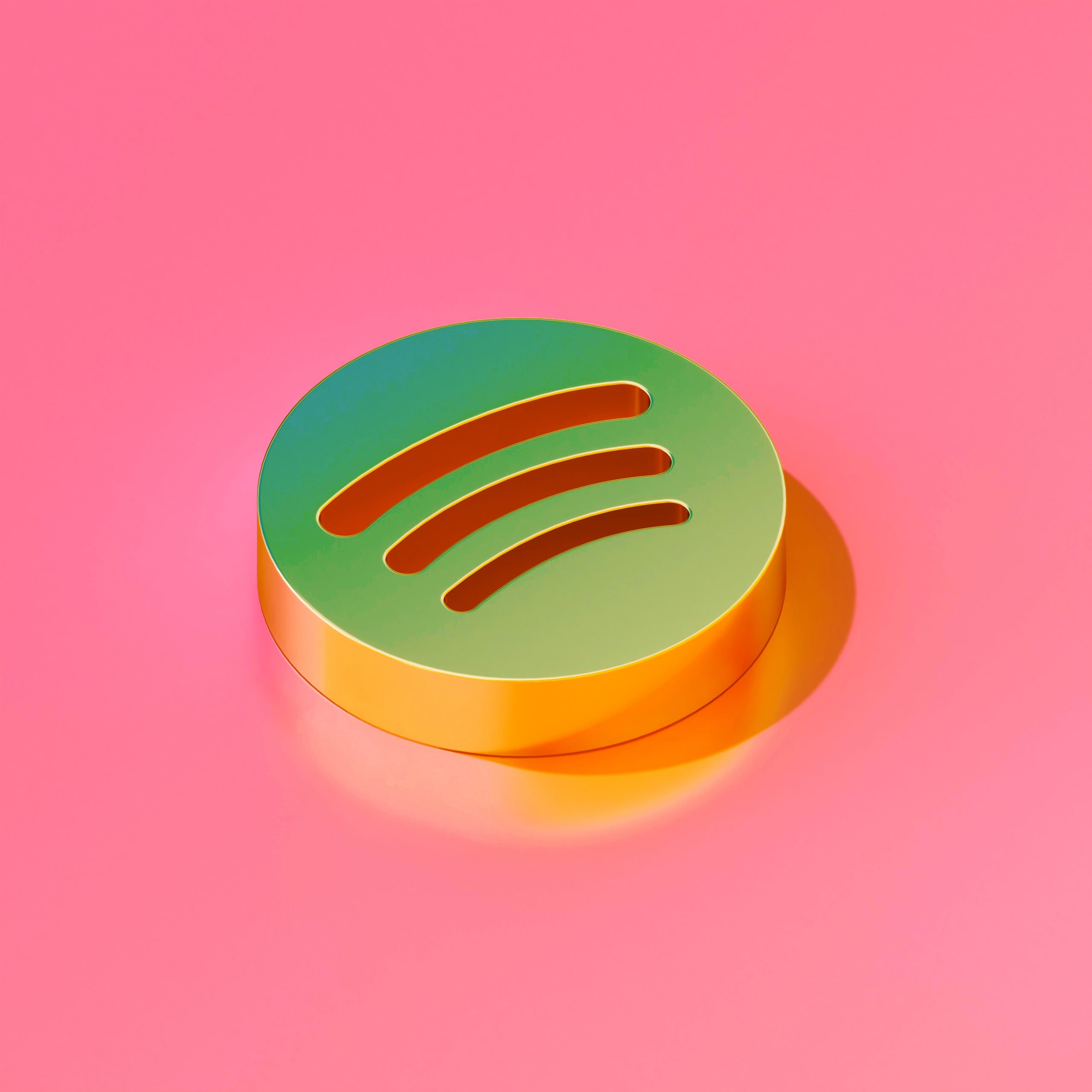 The latter half of last week wasn’t a particularly fun period to be the CEO of a major music company (or, indeed, of Spotify).

Investment analyst service Exane BNP knew where to point the finger. It suggested that, in the case of UMG’s Thursday share price tumble, “a negative Kantar report was a factor behind the weakness”.

Kantar’s Worldpanel report appeared to spring out of its Entertainment On Demand survey platform, which in the UK quizzes 12,000 people each quarter, alongside another 2,500 new subscribers to entertainment media.

That “over 1 million music subscriptions” were cancelled in calendar Q1 this year in the UK, with “wanting to save money being cited by 37% of consumers as the reason”.

Especially when you consider that Kantar put out a similarly damning report about UK consumer cancellations of Netflix‘s subscriptions in Q1. And that, shortly afterwards, NFLX admitted that it had lost 600,000 net subscribers globally in Q1 2022, and now expects another 2 million net subscriber loss in Q2.

Still, we have to say that elements of Kantar’s latest report – certainly the doom-laden media and investor reaction to it – have left MBW a little puzzled.

Our long-term readers hopefully know and trust MBW’s coverage enough to understand that we’re not exactly shy in telling you when streaming subscriber growth is slowing down in key markets.

Nor are we non-believers in the prospect that macro-economic factors – especially inflation, which just hit 9.0% (!) in the UK – might further decelerate increases in streaming subscription numbers in 2022.

That doesn’t smell quite right.

For one thing, a million UK subscribers quitting their music services in a given quarter is… actually kind of expected.

Earlier this month, Spotify gave a four hour Investor Day presentation in New York. We sat through it all. Because we’re troopers.

In that presentation, a bunch of important numbers were revealed for the first time (including, topically, the fact that Spotify’s user growth in Latam appears to be slowing down).

Towards the end of the Investor Day, Spotify CFO, Paul Vogel, took to the stage and delivered an updated number on a very important metric for those of us who watch SPOT like hawks: Churn.

Aka: the amount of paying subscribers who leave the service in a given monthly period.

Vogel revealed that, in the past few years, Spotify had seen “strong reduction” in its churn rates, which – as Spotify has today (June 20) confirmed to MBW – are calculated on a monthly basis.

Back to the Kantar report.

According to Midia Research (cited in the latest BPI Yearbook), the UK had 26.5 million paying music streaming subscribers at the close of Q2 2021. And that number was up from 25 million in Q4 2020.

At that rate of growth (+1.5m every six months), you’d expect the UK market to be housing somewhere around 28.9 million music streaming subscribers at the close of Q1 2022 (i.e. the quarter in which Kantar’s report reflects).

Guess what happens when you apply Spotify’s reduced monthly churn rate in “developed markets” (2.4%) to 28.9 million music subs in the UK at the end of Q1 2022?

How many UK-based people would you expect to be unsubscribing from music streaming services each month via these numbers?

That’s more than the million unsubscribes Kantar reported. For a very normal quarter in the UK – based on a churn rate so small, Spotify is beaming about it.

If you haven’t worked it out – and we’re sure you have because you’re handsome, and smart, and you’ve got this far down the article – “churn” is not of massive concern to music execs and investors, so long as the industry is seeing net growth in subscribers each quarter.

i.e. If more new people are becoming subscribers each month than are leaving services like Spotify, then the overall number of subs keeps on ticking up. And therefore the amount of money sloshing back into the music business also keeps rising.

Kantar’s million UK-unsubscribes number, then, don’t really appear to reflect a “shrinking” of the UK paid-for streaming market in Q1, at all.

It’s actually completely in line with standard streaming churn (especially if these million un-subscribers then go on to re-subscribe to a different service, perhaps via a tempting telco price deal, in the following quarter).

However, Kantar’s survey conclusion also goes one further, suggesting that the number of new music subscribers in the UK “dropped to below 1% of the population in [Great Britain] in Q1 of 2022”.

The report then conclusively states: “With inflation rising to 9% in the United Kingdom and further rises in the cost of living expected, the rising cancellation rates of music subscriptions is evidence that British households are starting to prioritise the spending of their disposable income.”

(One particular element of Kantar’s survey, by the way, seems outright wobbly: The firm’s report suggests that “some of the main reasons under 35s [in the UK] are planning to cancel [music subscriptions]…. include not a wide enough selection of music, too many advertisements or having technical difficulties”. Too many advertisements? On ad-free music subscriptions? Eh?!)

So, the only question that really matters here: Was the volume of UK streaming subscribers still growing in Q1 or not?

By all accounts, yes, it was.

On Friday (June 17), we interviewed Believe CEO and founder, Denis Ladegaillerie, for a feature in the upcoming issue of MBW’s Music Business UK magazine.

Believe has good reason to be watching the UK closely right now; not only did the company grow 30.9% YoY globally in Q1, but it’s just hired a new leader for its UK business, Alex Kennedy, and recently landed its first No.1 UK Album with Don Broco’s Amazing Things.

We asked Ladegaillerie about the Kantar figures – and the idea that the UK subscription market was “shrinking” in Q1 – and it’s fair to say he was as bemused as we were.

“There’s nothing that we’re seeing right now that indicates a significant drop off in [UK music market] subscriber growth numbers,” said Ladegaillerie. “Every month, we run all of our market projections [against actual market data in terms of] paid subscribers – family plans, individual plans etc. We’re pretty good at forecasting!”

He added: “We still think we’re going to experience double-digit growth in paid subscribers in the UK in 2022.”

“There’s nothing that we’re seeing right now that indicates a significant drop off in [UK music market] subscriber growth numbers.”

Ladegaillerie qualified that, even within this prediction, Believe is anticipating a potential YoY slowdown in UK paid subscriber growth in the second half of this year, with cost-of-living being a factor.

Ladegaillerie also noted Believe’s appreciation of the fact that economic downturns have historically had a negative impact on global advertising revenues, which could have consequences for the music industry as 2022 progresses.

But the idea that the UK subscription market has “shrunk” in Q1? He’s not having it. And he’s not alone.

One senior major record company source told MBW earlier today: “The Kantar report is not based on actual data from the DSPs, which show that UK subscriber numbers continue to grow and that engagement on all tiers remains strong.”

So what of those music investors and analysts who were sufficiently freaked by Kantar’s numbers last week to start applying them to global music industry forecasts?

For music biz data geeks like MBW, a couple of really useful things have come from Universal Music Group floating on the Amsterdam stock exchange in September last year.

One of those useful things is this: UMG now splits its quarterly recorded music streaming revenue out into two publicly exposed categories: (i) Subscription; and (ii) Non-subscription (i.e. ad-funded).

Below you can see how UMG’s quarterly subscription (and non-subscription) recorded music streaming revenues have performed – and how they have grown / declined – in Q1 of the past two years.

Focusing on the USD-converted charts, we can see that in Q1 2022, UMG’s recorded music subscription streaming revenue grew by $19 million quarter-on-quarter, which was approximately the same margin of growth it saw in the same Q-on-Q category in Q1 2021 (+$20m).

We should also remember: Spotify posted a 2 million global net gain in paying subscribers in Q1, despite the net loss of around 1.5 million subscribers in Russia in the same quarter.

And Spotify is now projecting another global net gain of +5 million paying subscribers (quarter-on-quarter) in Q2 (from 182m to 187m), a number it didn’t feel the need to adjust at its Investor Day.

His reply nodded to the current macro-economic / inflationary headwinds facing the music market, and also made reference to Netflix’s net subscriber loss in Q1.

Suggesting that Spotify had the power to raise prices at a certain point in the future, Ek stated that his company currently offered “an amazing value-to-price ratio” to consumers – but was operating in “a macro environment which is very uncertain at this time”.

He added: “I personally look at what’s happened in the video streaming business and I wonder to myself if that industry didn’t get ahead of itself.

“Because frankly, yes, it did increase prices, but it’s also now finding itself in a position where it’s harder and harder to find future growth.”Music Business Worldwide