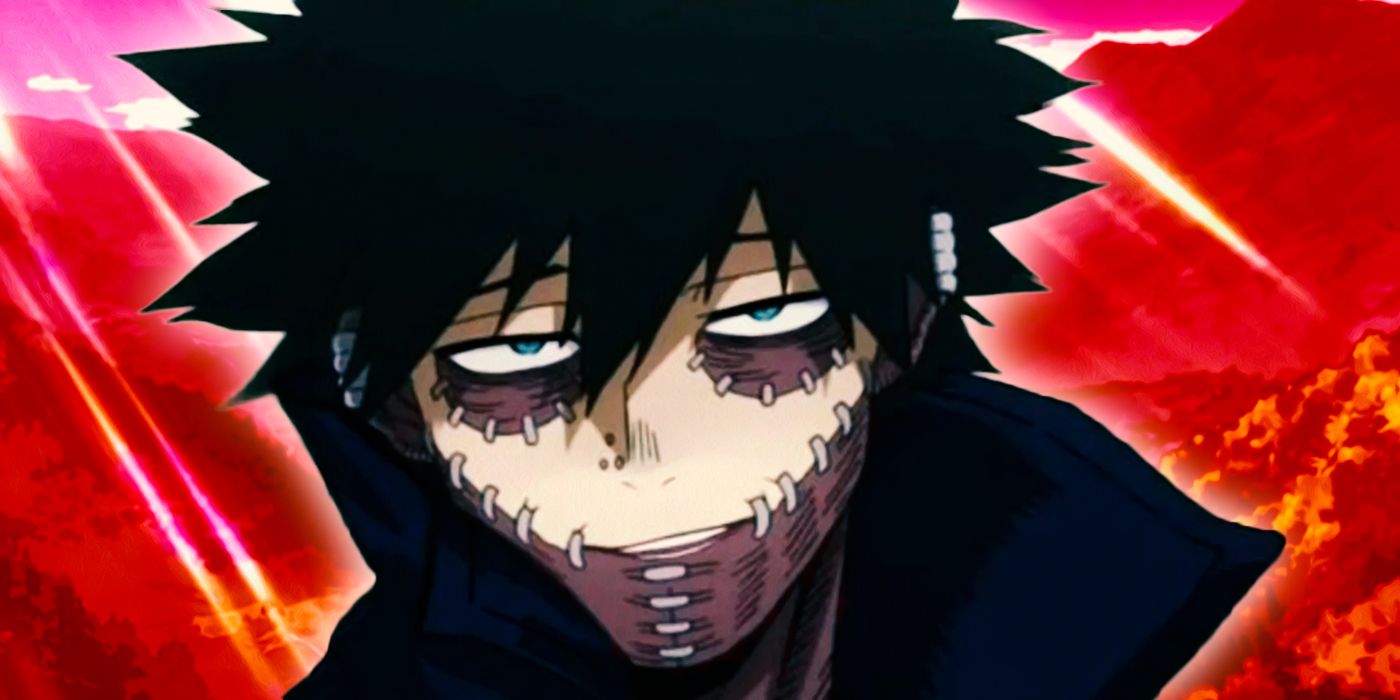 The following contains spoilers for My Hero Academia Chapter 350, “Bound To A Fiery Fate” by Horikoshi Kohei, Caleb Cook and John Hunt, available now in English from Viz Media.

Even though Dabi was one of the founding members of the League of Villains, very little was known about the human flamethrower. He always deflected personal questions from his teammates, and even after he proclaimed to the world that he was actually Touya Todoroki, he never went into detail on how Endeavor’s firstborn son morphed into the scarred villain – until now. During his battle with Shoto, Dabi finally revealed how he survived the blaze of his own making on Sekoto Peak.

It turns out that Dabi’s flames did indeed incapacitate him on that fateful day, and he may have died had All For One not shown up to collect him. Before the villain leader had decided on Shigaraki Tomura as his next incarnation, he’d collected several potential candidates with powerful abilities that could serve as spares. With his incredibly powerful Cremation Quirk, Touya drew All For One’s attention, and he was taken to a mysterious facility to heal.

RELATED: Near-Forgotten MHA Theory Rises From the Ashes – and Dabi May Do the Same

Touya’s recovery process was a long and arduous one. After being operated on by the proficient Dr. Garaki, Touya finally awoke three years after the Sekoto Peak fire. He awoke in the institution All For One kept his “adopted” children to find himself a completely different person from who he was before the accident. The first traces of what would eventually become his trademark facial scars were visible, and the damage to his vocal cords made his voice unrecognizable to even himself.

Shortly after Touya woke up, the other children in All For One’s institution and Dr. Garaki attempted to explain that he would never be able to have his old life back, but he refused to accept it. The doctor had been forced to replace his several damaged body parts with regenerative tissue, with the tradeoff being a weakened Cremation Quirk and an inability to feel pain. Ever the crafty one, All For One offered to return his flames to their full strength, a process that might have involved turning Touya into a Nomu. Luckily, Touya resented the idea of being assisted by anyone other than Endeavor so much that he burned the entire building down and made his way back home to his family.

Neither All For One nor Dr. Garaki expected Touya to last a month after waking up, so they were happy to leave him to his own devices after he escaped. What they didn’t take into account was his sheer force of will, and how deeply Touya felt about his father and his family. Touya made his way home expecting a reformed Endeavor, and a family eagerly awaiting his return but had the misfortune of arriving only to witness Shoto and their father during a particularly grueling training session and a shrine in his own honor. Realizing that his family had seemingly forgotten about him, and was just repeating the same patterns of abuse angered him, and he swore his revenge then.

After a final prayer to his memory at his own shrine, Touya shed his previous name and from then on referred to himself as Dabi. He resumed training Cremation by himself and progressed by leaps and bounds since he could no longer feel the pain of his Quirk’s adverse effects on himself. Through sheer hate for his father, Dabi blew past the one-month life expectancy Dr. Garaki had predicted for him since he woke up. He made his entire life’s mission to destroy all Endeavor held dear, and didn’t mind hurting his body, or even dying in the process.

Dabi’s story and the revelation that he was suicidal must’ve been very sympathetic to Shoto, as not long ago he’d been living his life solely to reject Endeavor similar to Dabi. Despite that, he couldn’t continue to let his older brother run lose, and he told Dabi as much. Shoto’s assertion of not letting Dabi do as he pleased was in obvious reference to his villainous acts, but it might also extend to not letting Dabi perish once again within his flames. Judging by how much conviction Touya has shown towards ending himself and his brother, Shoto has got his work cut out for him.

The Genius of Shigaraki Tomura, My Hero Academia’s Symbol of Fear