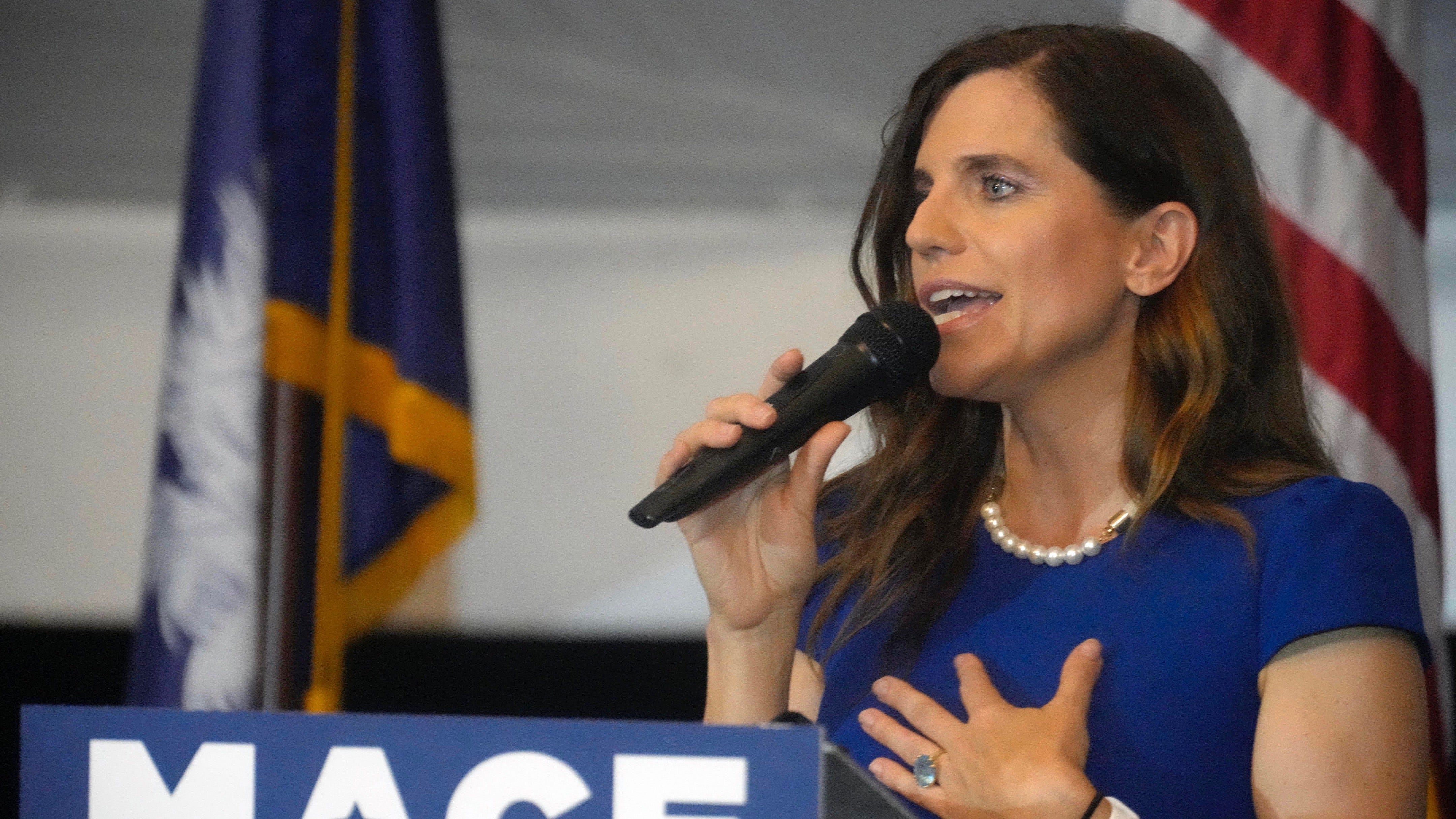 EXCLUSIVE: Rep. Nancy Mace, R-S.C., is demanding a hearing to examine a “recent string of domestic extremist attacks” targeted toward crisis pregnancy centers and religious institutions, as the country waits for a decision in a highly anticipated Supreme Court case expected to overturn Roe v. Wade.

Mace, who serves as the ranking member on the House Oversight Subcommittee on Civil Rights and Civil Liberties, wrote a letter to Chairman Rep. Jamie Raskin, D-Md., Wednesday.

The congresswoman states that the subcommittee has held “numerous” hearings on the threat of domestic violence, but has been “noticeably silent” about recent attacks that provide services to pregnant women and families.

“We must examine the disturbing trend of rising left-wing violence and conduct oversight over the federal government’s response to this growing threat,” says Mace.

U.S. Rep. Nancy Mace of South Carolina speaks to supporters at her election night event after defeating former state Rep. Katie Arrington in the 1st District primary on Tuesday, June 14, 2022, in Mount Pleasant, S.C. Arrington had the backing of former President Donald Trump, who backed Mace during her 2020 run but soured on her following her criticism of him following the Capitol violence in 2021. (AP Photo/Meg Kinnard)
(AP )

A group called “Jane’s Revenge” has claimed responsibility in recent weeks for more than a dozen attacks against crisis pregnancy centers, following the leak of a Supreme Court draft opinion in the case of Dobbs v. Jackson Women’s Health Organization that stated the court’s intention to overturn Roe v. Wade.

Crisis pregnancy centers have been firebombed and vandalized in Washington, Wisconsin, Texas, North Carolina, New York, Oregon and other states after the leak of the court’s draft opinion.

A new letter signed by Jane’s Revenge and circulated online last week declared “open season” on pro-life pregnancy crisis centers, vowing that “increasing drastic measures” might not be “so easily cleaned up as fire and graffiti.”

Last week, in a letter sent to Attorney General Merrick Garland, Sen. Tom Cotton, R-Ark., who is the ranking member for the subcommittee on Criminal Justice and Counterterrorism, the Intelligence Committee, and the Armed Services Committee, called on the Justice Department investigate Jane’s Revenge as a “domestic terrorist organization.”

The Department of Homeland Security (DHS) issued its latest National Terrorism Advisory System (NTAS) bulletin on June 7, which warns that the “threat environment” in coming months is expected to become more dynamic as “several high-profile events could be exploited to justify acts of violence against a range of possible targets.”

Specifically on the issue of abortion, the notice warned of online threats of violence coming from both sides, both those on the pro-life and pro-choice side of the debate.

Mace, in her letter, notes the DHS memo outlining the imminent threats, but also adds: “It is unclear, however, what the federal government is doing to prevent such attacks or respond to those that have already occurred.”

“The preservation of our democratic society demands that we take action to root out violence no matter where it occurs or what motivates it. We must be united in our efforts to preserve our civil society and condemn all violence,” Mace states.

Also last week, an armed man was taken into custody outside Supreme Court Justice Brett Kavanaugh’s home in Maryland with the alleged intent of assassinating the justice, stemming from anger over the draft leak’s anticipated overturning of Roe v. Wade.

The Supreme Court will hand down its decision in Dobbs by early July.

Raskin did not immediately respond to Fox News Digital’s request for comment.

Kelly Laco is a politics editor for Fox News Digital. Story tips can be sent to [email protected] and on Twitter: @kelly_laco.