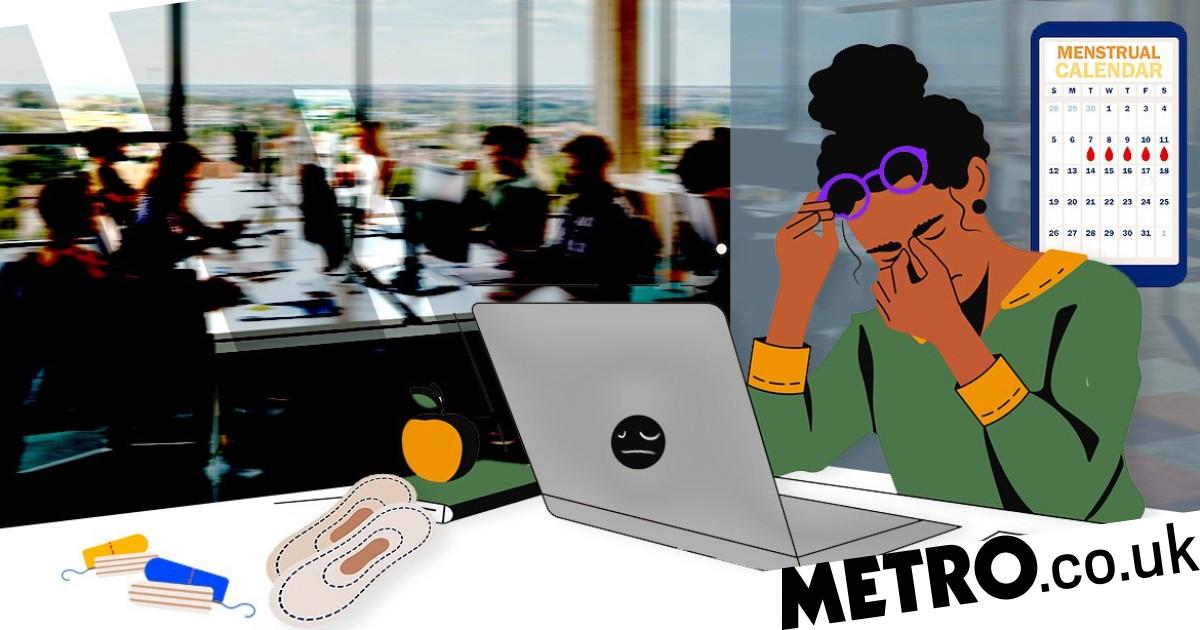 ‘If I ever own my own business I’m putting Menstrual Leave/WFH in the benefits package. Why should you come to the office when you are fighting for your life.’

This is just one of the hundreds of tweets that appear when you do a quick search for ‘menstrual leave’ on Twitter.

Another reads: ‘I act like I’m okay but deep down, I need to jobs to normalise menstrual leave.’

More and more people are demanding that workers in the UK are provided with the option to take time off work when their periods are at their worst.

And according to the latest data from YouGov, it’s something that many of us want to see with Britons voting narrowly in favour of offering menstrual leave in the UK by 45% to 39%.

Menstrual leave isn’t a new idea – in May, Spain proposed legislation that would make it the first country in Europe to give workers paid menstrual leave, offering optional sick leave of three days per month for workers who suffer from severe period pain.

Despite 40% of those polled by YouGov saying that they regularly experience pain bad enough that it affects their ability to work, two thirds of respondents have never taken time off for it, opting to suffer through their agony instead.

A whopping 59% of those who said they have taken time off for period pains have pretended that they needed to leave work for other reasons, rather than telling their employers that they have period pains.

And, according to YouGov, more than a third (38%) conceal the reasons every single time they take a day off for period pain.

Attitudes towards menstrual leave are more supportive among younger Brits – those under 30, and in their 30s and 40s – who tend to approve of offering time off for period pains, while Brits in their 50s and 60s tend to oppose it.

The realities of period pain are set to hit our screens tonight as actress Jacqueline Jossa takes viewers of her new ITV documentary ‘Me and Periods’ on a personal journey to understand her excruciating painful period experiences.

Meanwhile, there are hopes that Scotland could be one of the first countries to follow in Spain’s footsteps as the SNP will discuss plans for menstrual leave in their next conference.

October’s SNP conference will include a debate on whether Scots who menstruate should be offered paid medical leave if they suffer acute period pain.

With petitions launched for the UK Government to bring in menstrual leave, some businesses are already ahead of the game.

The biggest hope for the introduction of the legislation is perhaps best summed up by Spain’s equality minister Irene Montero, who tweeted that ultimately it could ‘end the stigma, shame and silence around periods’.


MORE : The most common myths around HPV debunked by doctors


MORE : What pelvic inflammatory disease feels like and signs you could have it


MORE : Can you actually induce a period?

Inside incredible true story of Cocaine Bear who ate duffel…