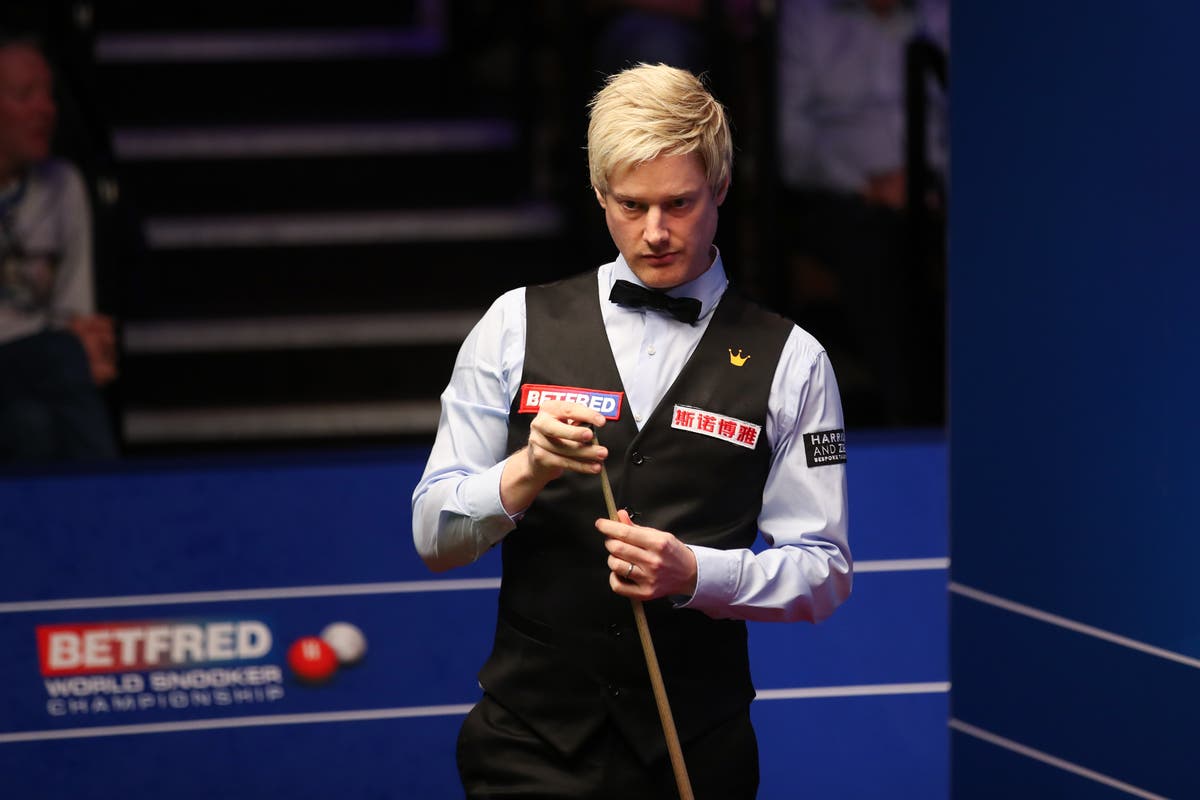 Neil Robertson continued to fight back against Jack Lisowski as he reduced the deficit to 9-7 in their World Snooker Championship clash at the Crucible.

Australian Robertson, champion in 2010, had dug deep earlier in the contest to haul himself level at 4-4 following Saturday’s opening session of their second-round match.

Lisowski, though, soon re-established a two-frame lead on Sunday following century breaks of 119 and 122 before leading 7-5 at the interval.

Robertson, the pre-tournament favourite, then kept himself in touch with a break of 54 only for ‘Jackpot’ Lisowski to hit a fine 137 clearance which was followed by a 74 to lead 9-6.

However, Robertson responded again with a break of 69 to leave the match poised heading into Monday’s finish.

On the other table, Judd Trump won six of the eight frames as he opened up a 10-6 lead over Anthony McGill.

The match resumed at 4-4, with Trump, the 2019 world champion, making a break of 52 and then 79 in the penultimate frame to help establish a defendable advantage heading into the concluding session on Monday evening.

In Sunday’s other matches, fifth seed Kyren Wilson produced a thrilling fightback during the evening session, just missing out on a 147 chance in the final frame, to level at 8-8 against Stuart Bingham.

Bingham further extended his advantage with breaks of 78 and then 104 in the 13th frame as he pushed 8-5 ahead.

Wilson, though, started his recovery when coming from behind with a half-century run in the next and also took frame 15 after a break of 59.

The late-night Crucible crowd then looked set to witness a first maximum in the final frame as Wilson rolled in 12 reds and blacks – but then overcut the next red into the far pocket to finish his break at 96.

On the other table, veteran John Higgins produced a vintage display to open up an 11-5 overnight lead against Noppon Saengkham.

Resuming at 4-4 following Sunday’s earlier session, it was one-way traffic as Higgins, a four-time winner at the Crucible, took control with a run of seven frames including breaks of 125 and 100.

Thailand’s Saengkham eventually stopped the rot with a break of 64 to claim the final frame of the evening session.

Higgins, though, will be expected to finish the job and book his place in the quarter-final when the match resumes on Monday afternoon.