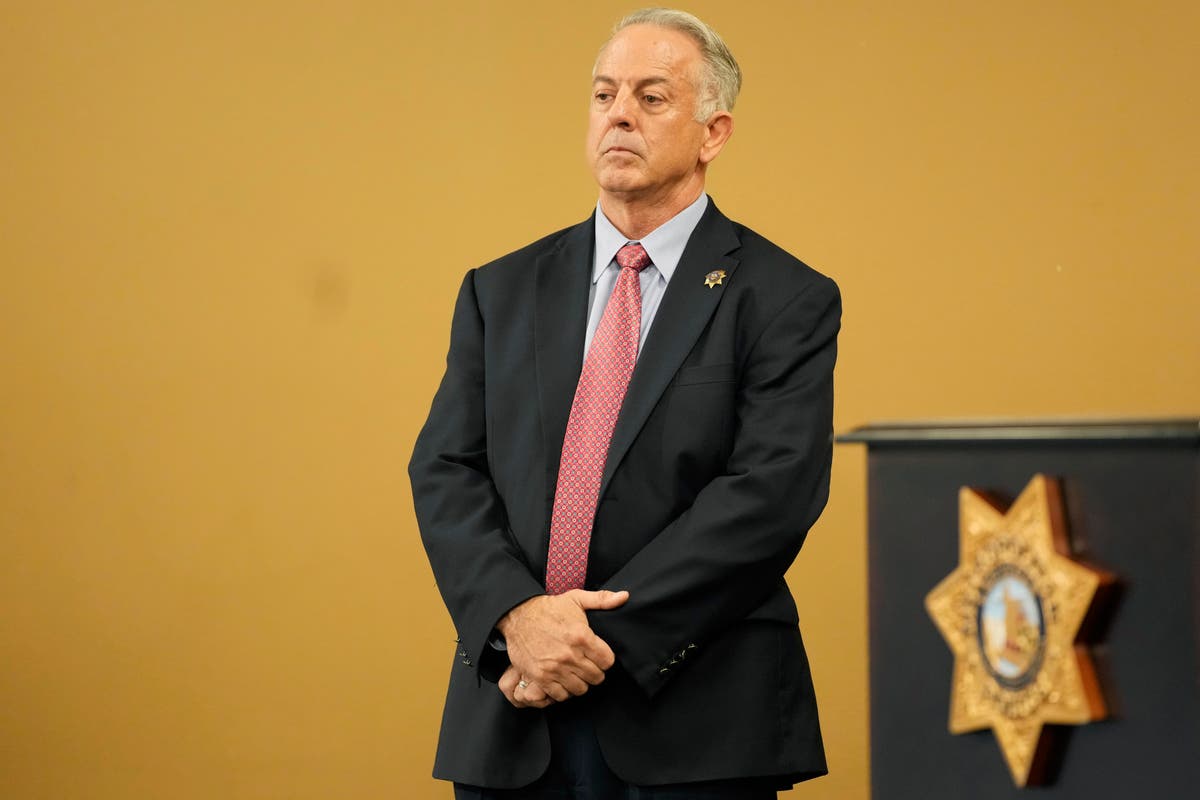 Nevada Democratic Governor Steve Sisolak and his Republican challenger, Clark County Sheriff Joe Lombardo, are meeting for their only scheduled debate of this election year on Sunday, where they’ll face off after a botched inmate escape at the state Department of Corrections and air their long-simmering rivalry that has pitted the Las Vegas’ top law enforcement officer against its incumbent.

Lombardo, who has spent his career in Las Vegas law enforcement and has served as sheriff since 2015, has often sparred with Sisolak, who began his political career with a 10-year stint on Nevada’s Board of Regents, which oversees higher education statewide, and later became chair of Clark County’s board of commissioners.

Many of the subjects animating the race are also defining midterm races across the country, from abortion rights to inflation and education.

Sisolak has pointed to “two economies” — one with low unemployment and “full hotels” but with high gas and housing prices. While he has said he can’t control inflation, he is trying to ease the burden on families by investing in child care, affordable housing and tuition-free community college. He is endorsed by Nevada’s Chamber of Commerce.

Mirroring many Republican challengers this election cycle, Lombardo has tried to pin rising inflation and gas prices on Sisolak and Democratic policies. And he has frequently criticized Sisolak’s closure of non-essential businesses and mandates during the pandemic as detrimental to small businesses.

Lombardo has said he would seek to diversify Nevada’s economy, which is highly reliant on tourism, particularly in southern Nevada, by partnering with private sector employers on training in welding, robotics and coding.

Even in Nevada, where the right to an abortion within 24 weeks has been codified in state law by voters since 1990, Sisolak has made the U.S. Supreme Court’s overturning of Roe v. Wade a central talking point, as have other Democratic candidates nationwide. Sisolak is a staunch supporter of abortion rights and has worked to make Nevada a safe haven for abortion patients as neighboring Utah, Arizona and Idaho have restricted access to abortions.

Sisolak has attempted to paint Lombardo as an anti-abortion extremist, who has waffled on his stance on other abortion measures throughout the campaign. Lombardo told KRNV-TV that he would overturn Sisolak’s June executive order that protects out-of-state abortion patients who receive abortion care in Nevada and the providers who offer them care. Days later, he told The Associated Press only that he would view it through a “pro-life lens” but did not cite specific action. In a letter posted on his website last week, he said that he would uphold the order.

Earlier this month, he said he would oppose a national abortion ban proposed by South Carolina Sen. Lindsay Graham.

At a GOP primary debate in May, Lombardo said he would “absolutely take it under consideration” when asked if he’d consider measures possibly including parental notification laws, abortion waiting periods or restricting contraceptives, along with “anything associated with the pro-life view” but declined to cite specific measures. More recently, he has emphasized on his website that he will “ensure that contraceptives stay accessible for Nevadans,” part of a 106-word explanation for his abortion stance that during the primary race had three words: “Joe is pro-life.”

Lombardo and Sisolak have both said they want to be known as the “education governor,” though their vision for schools is radically different.

The sheriff has criticized Nevada’s low test scores and remote learning during the pandemic. He said he would restore parts of Nevada’s “Read by Grade 3” program, potentially including a provision that holds back third graders who don’t read at grade level, and supports an expansion of charter schools, which teachers’ unions oppose.

Sisolak has allocated $200 million to address learning loss caused by the pandemic, and while test scores have improved, they have not been restored to pre-pandemic levels. He has taken credit for signing the largest education budget in state history and providing teachers with their first raises in a decade.

Crime is playing out as a top issue in Nevada as elsewhere in the country. For months, the two have pointed fingers at each other over crime rates in Clark County, home to Las Vegas, where Lombardo claims Sisolak’s policies have hindered his ability to fight crime and Sisolak saying Lombardo has neglected his job as he focuses on higher office.

Lombardo wants to toughen penalties for criminal offenses. He said he would repeal a law that raised the trigger for a felony theft charge from $650 to $1,200 and increased the amount of drugs a suspect needs to carry to be eligible for felony trafficking charges.

Both agree that the state should hire more police officers.

The background vocalists on 'Monster Mash' are singing about shoes, and no one remembers why

With vote ahead, Polish leader turns up anti-German rhetoric

Democrats want government to ID mass shooters before they…