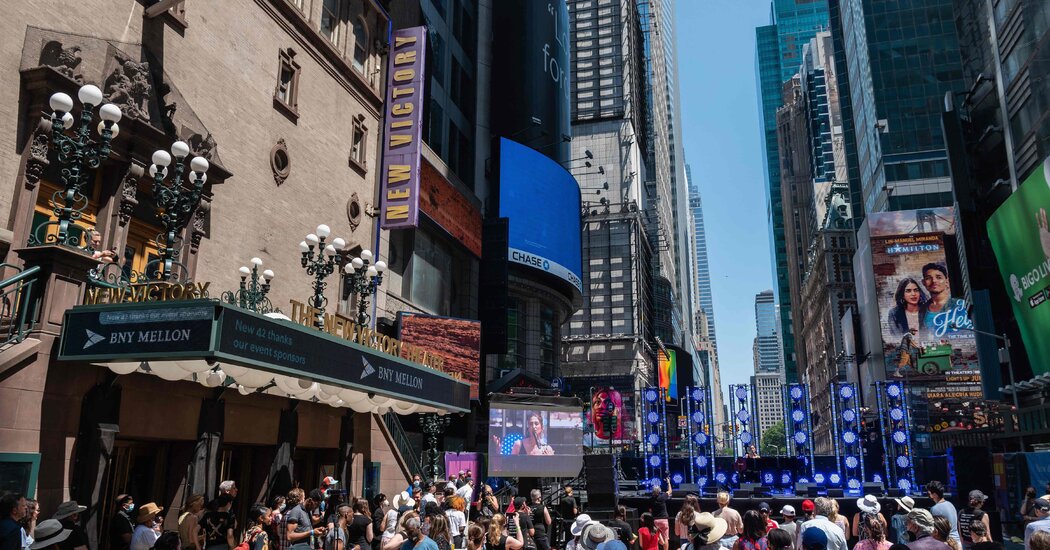 A contract worker at a nonprofit New York theater organization has filed a lawsuit saying that the institution’s diversity trainings were themselves discriminatory.

Kevin Ray, a part-time teaching artist at New 42, an organization that runs rehearsal studios, youth programs and a children’s theater in Times Square, filed the lawsuit late Wednesday in Federal District Court, accusing the organization of discriminating against white employees. He is asking the court to determine that New 42 violated the federal civil rights act as well as local human rights laws, and to award him an unspecified amount of damages.

In the lawsuit, Ray, who is white, alleged that the diversity programs implemented by New 42 included “racially-discriminatory propaganda and lectures promoting discriminatory ideology on the basis of race.” Ray said he was asked to join a conversation about a “white affinity group” at New 42, and said the organization had designated a “white-identifying breakout room” at an online town hall.

“In reality, ‘diversity training sessions’ were race-based indoctrination sessions that promoted the division of employees on the basis of race,” the lawsuit says.

Ray’s job involves visiting schools for educational programs, usually related to a show the students are about to see. He claims that he has been assigned less work and has been subjected to retaliation after raising concerns about the organization’s diversity training programs.

The lawsuit comes at a time when the use of antiracism training programs and the creation or expansion of diversity initiatives has grown significantly in the theater industry, as in many other sectors of society, following the unrest over racism in the United States in the summer of 2020.

The lawsuit is being backed by an organization called the Foundation Against Intolerance and Racism, which says it is concerned about a “cynical and intolerant orthodoxy” that “pits us against one another, and diminishes what it means to be human.” The organization, founded by Bion Bartning, has filed other lawsuits challenging what it says are forms of discriminatory overreach by organizations trying to implement diversity programs; the Ray suit is the organization’s first in the arts arena, but it has begun an arts program as it considers other action.

A lawyer for New 42, David Lichtenberg, said via a spokeswoman that the nonprofit had “no comment at this time.”

Summer Game Fest 2022: all the news and trailers

From the archive: 60 Minutes investigates whether your dog really loves you