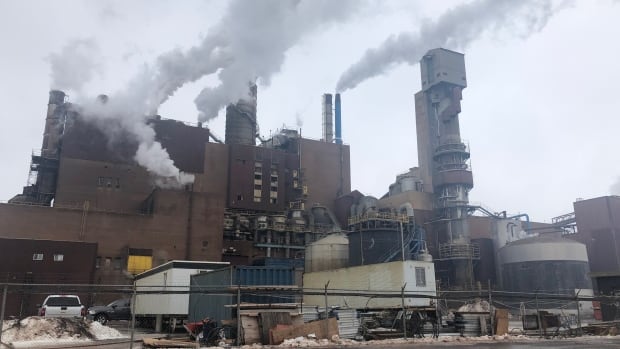 Dalhousie University researchers tracking air pollutants released by the Atlantic Canadian pulp and paper industry over nearly two decades say emissions from the Northern Pulp operation in Nova Scotia were higher than all other mills combined — and exceeded recommended federal thresholds for particulates by a “staggering” 100,000 percent.

Paper Excellence, which owns the mill, says the reporting thresholds are not the same as environmental standards, which it met. The mill shut down in 2020 after it failed to secure approval for a proposed effluent treatment facility.

The School for Resource and Environmental Studies used publicly available government data to compare annual air emissions for seven pollutants from nine mills in New Brunswick, Nova Scotia and Newfoundland and Labrador between 2002 and 2019.

For most of that time frame, Northern Pulp in Pictou County grossly exceeded minimum thresholds set by Environment and Climate Change Canada for a pollutant known as Total Particulate Matter 2.5.

“That’s the tiniest particulate matter that can be ingested into lungs and can cause human health impacts,”  said Tony Walker, who co-authored a paper based on research carried out by graduate student Gianina Massa.

“It exceeded the threshold by 100,000 percent. It was staggering when we compared that against the other mills.”

Those levels dropped dramatically after Paper Excellence installed a machine called a precipitator to capture particulates in 2015.

“To put that into context, other mills with similar operations were … reasonably and comfortably below those reporting thresholds prior to 2016,” said Walker.

Most mills above thresholds

Estimated annual releases above lower limits trigger voluntary self-reporting to the registry, however there are no repercussions for exceedances.

The recommended thresholds are not environmental standards but part of a “best practice” approach taken by the federal government.

“Considering that most of the time all mills exceeded the reporting thresholds, it would be helpful to compare how hazardous those releases are with the inclusion of an upper limit or threshold or change the unit of reporting to enable the comparison with other standards and countries,” reads the study.

“Since Paper Excellence acquired Northern Pulp and the installation of ambient air monitors stations in 2011, there has never been an exceedance of the standards. To be more specific, since that time Northern Pulp has always been within the PM2.5 ambient emission standard,” reads the company statement.

On Tuesday, Paper Excellence announced that it’s going to court seeking to overturn the terms of reference for the environmental assessment of its proposed plan to reopen the mill.

The company claims the terms are “unreasonable in several areas, including failing to set out definitive limits, standards, and regulations that must be met.”

The province maintains “It is up to the proponent … to determine the overall impact of the project and recommend specific limits that a particular receiving environment can support.”

Stands by study and findings

“What we kind of pointed out as a recommendation in the paper was why even have the lower threshold in the first place if nothing is really done about it?” he said.

The study recommends an upper limit at which point emissions levels would be deemed a risk and subject to sanction.

“Then we’ve got some teeth in the enforcement, or at least policy can be implemented whereby mills or … other facilities can be assessed based on their risk to the environmental human health.”

He acknowledged that the levels are not an environmental standard, “but when compared to comparable industries across the region, Northern Pulp is clearly not following the Code of Practice recommended by Environment and Climate Change Canada.”

World is one step away from explosive outbreak, experts warn