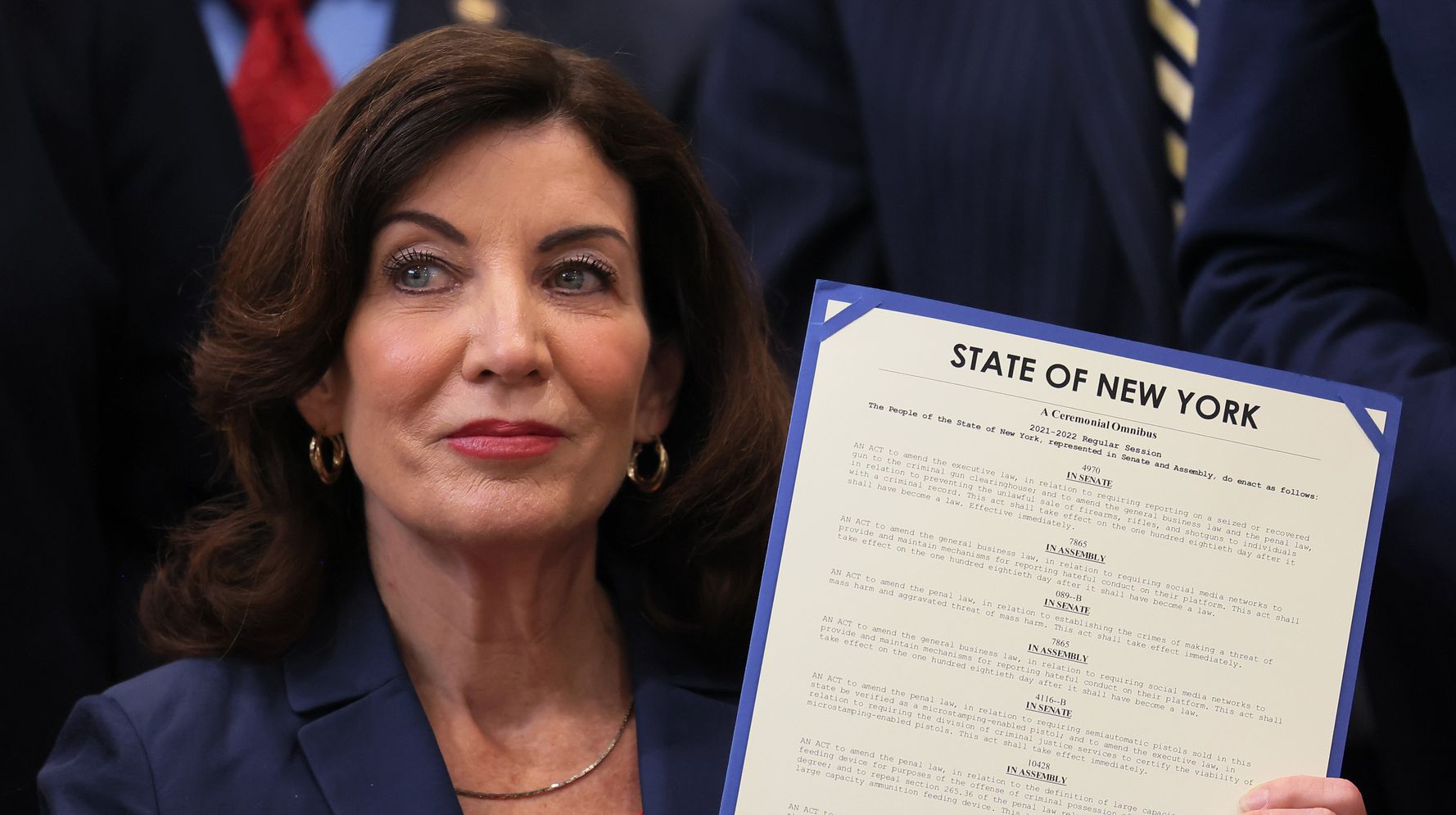 New York Gov. Kathy Hochul (D) signed 10 gun-related bills Monday that will bar those younger than 21 from buying or owning semi-automatic rifles, ban the purchase of body armor for most civilians and strengthen the state’s red flag laws, among other provisions.

The landmark package is one of the first major efforts by a state to pass new gun control legislation after a spate of mass shootings across the nation, including the deadly massacre that left 21 people dead — 19 of which were young children — in Uvalde, Texas, last month. New York had a mass shooting just days before when a gunman opened fired at a grocery store in a predominantly Black neighborhood in Buffalo. The shooter killed 10 people in what authorities described as “hate-filled domestic terrorism.”

“I’m speaking to you today as the Governor of a state in mourning and the citizen of a nation in crisis. For over the past few weeks, we’ve been overcome by grief, by heartache, by anger,” Hochul said Monday. “In New York, we are taking bold, strong action. We’re tightening the red flag laws to keep guns away from dangerous people. And we’re raising the age of semi-automatic weapons so no 18-year-old can walk in on their birthday and walk out with an AR-15. Those days are over.”

The 10 bills I signed into law today are the start of our work to stop these tragedies — not the end. pic.twitter.com/awokEF8Ec3

The legislation’s passage was hailed by gun reform groups.

“These bills are common-sense,” Kris Brown, president of Brady: United Against Gun Violence, said in a statement. “They will address gun violence in all of its forms and do so while respecting residents’ Second Amendment rights. This package of laws will help to keep New Yorkers safe and are a clear example for the rest of the nation to act to stop gun violence.”

Democrats in Congress have been trying to pass some semblance of gun reform since the string of mass shootings, but have struggled to field any major proposals that would pass the Senate with Democrats’ narrow, 50-50 majority there (for which Vice President Kamala Harris holds the tie-breaking vote). A bipartisan group of senators is working on a modest effort that would include watered-down background checks for gun purchases.

“Thoughts and prayers won’t fix this,” she said. “But taking strong action will. And we’ll do that in the name of the lives that have been lost.”