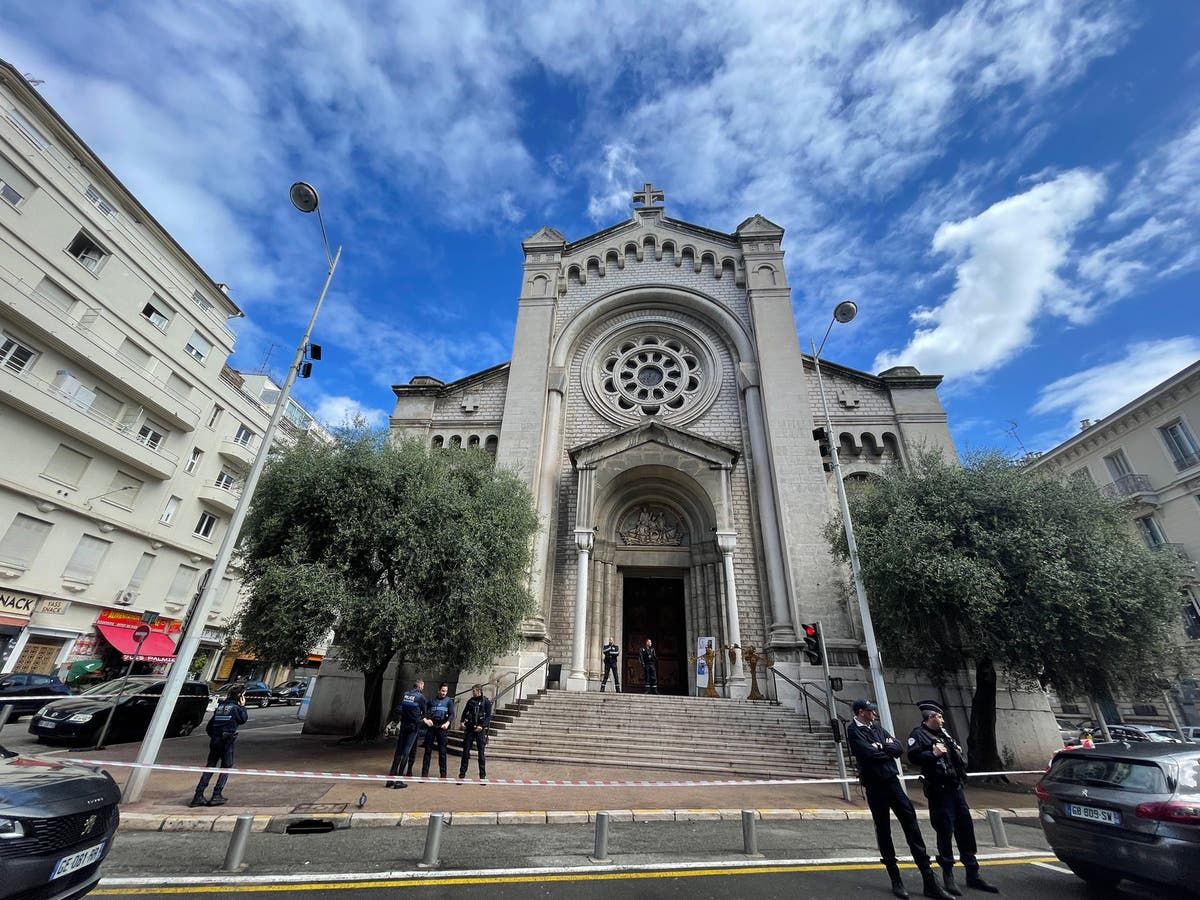 A knifeman who stabbed a priest and a nun in a church in France on Sunday morning reportedly said he wanted to kill Emmanuel Macron.

Father Christophe of the Saint-Pierre d’Arene church in Nice was stabbed 20 times mainly in the chest, police said, while the nun was hit in the arm trying to stop the assault.

City mayor Christian Estrosi said the attacker was mentally unstable, had no criminal record and was known to have purchased a 7cm blade several days earlier.

BFM TV quoted police as saying the attacker was a 31-year-old Frenchman and there was no suspicion of a terror motive.

French interior minister Gerald Darmanin said on his Twitter feed the priest’s life was not in danger and added that police had arrested the attacker.

According to reports in Le Figaro, the attacker shouted “we have to kill Macron’ as he launched the attack.

The assault came as France was voting in the second round of presidential elections, which polls project Macron will win.

Mayor Estrosi tweeted a picture from inside the church and said the attack may have been planned for “a few days.”

He added that a number of parishioners are in shock and being treated by psychologists.

“I was the first on the scene once I was alerted to the incident by my assistant and the local police,” Mr Estrosi said.

“Both local and national police were swiftly on the scene together to neutralize the disturbance.

“The perpetrator was a disturbed man, who was born in Fréjus, who has no prior convictions and who took out several knives.

“I want to thank the emergency services even though the priest is currently in the emergency care unit, he’s being well taken care of and we are in constant contact with him and despite everything he is doing well and is awake and alert.”

Voters are casting their ballots for Mr Macron or Marine Le Pen as the next French president – but pollsters are predicting the highest percentage of voters abstaining in decades.

France‘s main polling institutes Ipsos and Ifop said they saw the likely abstention rate at 28 per cent. This would be up from the 2017 election, which was the highest level since 1969 at the time.

All recent opinion polls converge toward a win for centrist President Macron hoping for re-election – yet the margin over his far-right rival varies broadly.

Mr Macron has played down his chances of success, urging voters not to take his victory as a given and insisting that a Le Pen victory is still a possibility.