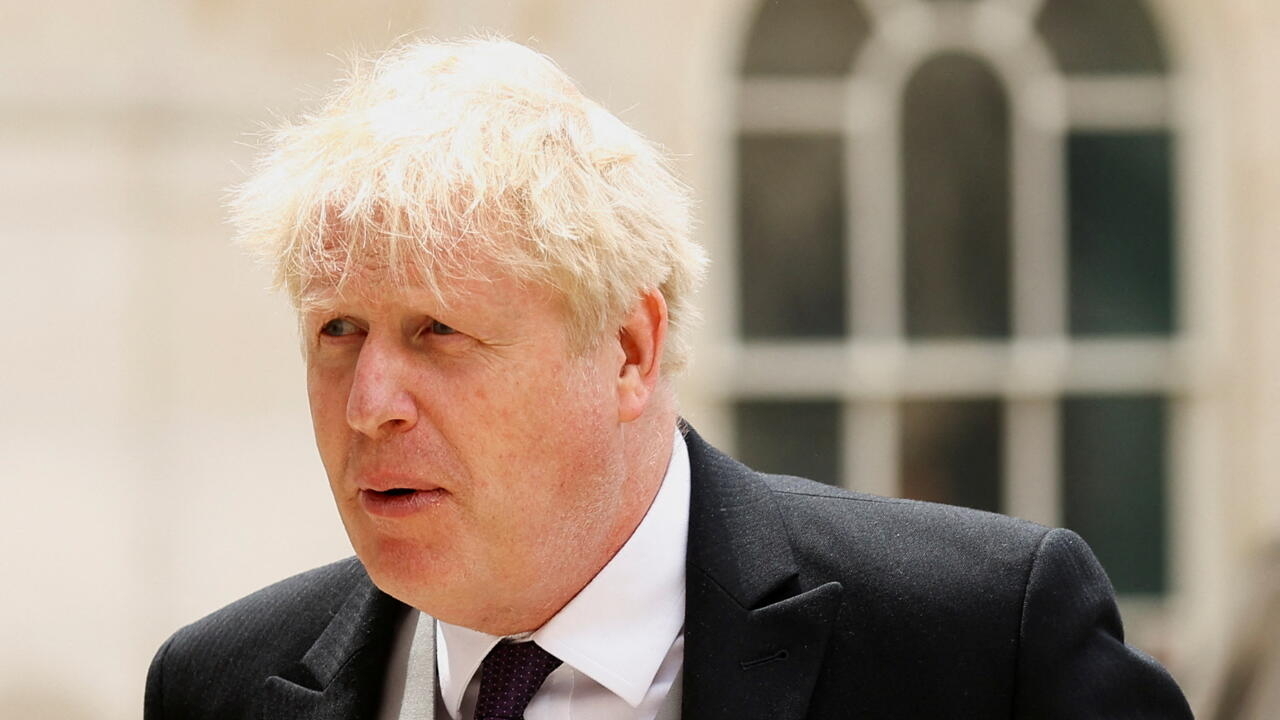 Boris Johnson faces the greatest threat to his premiership yet after the necessary 54 Tory MPs triggered the parliamentary party’s vote of no confidence to be held Monday evening, after the long-simmering Partygate scandal saw Platinum Jubilee crowds jeer him over the weekend. Analysts expect him to win the necessary majority of Conservative MPs for now – but say the vote likely signals a looming departure from Downing Street.

One of the great poets of the English Renaissance, John Dryden, wrote that “even victors by their victories are undone”. Such could well be the case for Boris Johnson.

Johnson powered his inexorable rise by tying his jovial persona to the inexorable rise of Tory anti-Europeanism – from his first flash of fame writing funny, often untrue stories about Brussels for The Daily Telegraph to the moment he got Brexit done. But since Britain left the EU, blunders and scandals have marred Johnson’s premiership.

Johnson’s crowning achievement was the December 2019 general election, the Brexit election that finally enabled divorce from the EU as the Conservatives won their biggest majority since Margaret Thatcher’s third landslide in 1987. “Boris, Brexit and Corbyn” were the three dominant factors behind this historic victory – defying the forces of political gravity after the Tories’ nine years in power – noted an article in scholarly review Parliamentary Affairs.

However, Brexit no longer animates British politics, and hard-leftist Jeremy Corbyn no longer leads the Labour Party. Johnson’s 2019 election victory effectively banished both of them – leaving his personal popularity as the one card he had to left to play. And now Partygate has removed it.

Since high-ranking civil servant Sue Gray’s damning report was published in late May, polls suggest a majority of the British electorate want Johnson to resign after revelations that he and his staff broke lockdown rules they imposed on the country in 2020 and 2021 – with particular outrage over two Downing Street parties held the night before Prince Philip’s funeral in April 2021, at which Queen Elizabeth II sat alone in accordance with Covid regulations.

The Platinum Jubilee provided a thunderous demonstration of the contrast between the reverence for the head of state and the contempt for the head of government. When Johnson arrived for the Thanksgiving service at St Paul’s Cathedral honouring the Queen’s 70-year-reign on Saturday, the crowds honouring Her Majesty greeted Johnson with a cacophony of boos and jeers.

The scene at St Paul’s was a “jaw-dropping moment in British politics”, said Jonathan Tonge, a professor of politics at Liverpool University. “It graphically showed that Johnson has become an electoral liability. If those 54 letters hadn’t already been in before the booing, they’d definitely have been sent soon after.”

It looks like the Tories are on track to discover just what an electoral liability Johnson can be, unless the situation changes dramatically: A poll in The Sunday Times forecast a heavy defeat to Labour in the June 23 Wakefield by-election. The Conservatives’ vote share of the vote is expected to plunge by 19 percent in this classic northern English seat – where shifting ideological trends prompted swaths of Labour voters to switch to the Tories over the past two decades, creating a crucial part of the new Conservative coalition.

In such circumstances, the Tories are well-known for their ruthlessness against electorally unpopular leaders – a proud attribute of the world’s most electorally successful political party. In 1990, Conservative MPs even removed Thatcher after they thought she had stayed in Downing Street for too long to be re-elected.

As well as engaging in such cold calculations, Conservatives have long fixated on projecting an image of competent leadership to appeal beyond their ideological base, making Partygate especially damning for Johnson, according to Tonge.

“There is no great ideological dispute at work here. Johnson was never ideological; his one ideological vision was getting Brexit done, and even that was just because he sensed that was the way the wind was blowing,” said Tonge. “It’s all about competence, statecraft, winning elections – and now he’s fallen into disrepute and doesn’t look like an election winner, that’s the big problem.”

Many observers perceived a lack of discipline following Johnson’s early victories. The prime minister’s popularity dipped after he was slow to impose Covid lockdowns in 2020 – and after he reneged on the Tory manifesto to increase National Insurance contributions earlier this year, amid an intensifying cost of living crisis. But it was Partygate that changed the dynamic and kicked in the Tory survival instinct.

“While Labour was only occasionally ahead in the polls and even then not by very much, MPs who were frustrated with Johnson were nevertheless prepared to give him the benefit of the doubt,” noted Tim Bale, a professor of politics at Queen Mary, University of London. “In the last few weeks, under the pressure of Partygate and the cost of living crisis, there’s been mounting evidence from surveys and focus groups that he’s not going to be able to save enough of their seats at the next election to persuade them to stick with him.”

Yet even if Johnson wins a majority of Tory MPs, past precedent suggests votes of no confidence are symptomatic of problems that lead to a Conservative prime minister’s departure before too long. Stuck in the Brexit mire, Theresa May won the necessary majority of Tory MPs in 2018 – but she was ousted within a year.

“In the past, this has done for Tory leaders,” said Tonge. “If anyone can escape it, it’s him. But I suspect this is the beginning of the end; he’s under pressure like no other.”

On the surface, the paucity of natural successors to Johnson looks like a potential means of escape. Chancellor of the Exchequer Rishi Sunak was hailed for his management of the Covid crisis, notably in creating the furlough scheme to preserve jobs during lockdowns. But Sunak’s popularity took a hit in April when he was fined for Partygate lockdown breaches, like Johnson – and when it was revealed that his multi-millionaire wife Akshata Murthy has non-domiciled status, meaning she did not pay tax on income earned overseas while residing in the UK.

“No doubt the best thing that ever happened to Johnson was that Sunak got that fine and his wife’s non dom status was discovered; there was an heir apparent then and there’s not now,” Curtice said. “None of the contenders cut through to the public. But the problems the Tories face is that the six months they’ve spent trying to defend Johnson have failed.”

“The lack of an obvious, sure-fire successor isn’t ideal,” Bale added. “But the idea that that is a necessary condition for a leadership contest is nonsense: if things look bad enough, parties will always look for someone, anyone, other than a leader who looks as if they’re leading the party to defeat.”